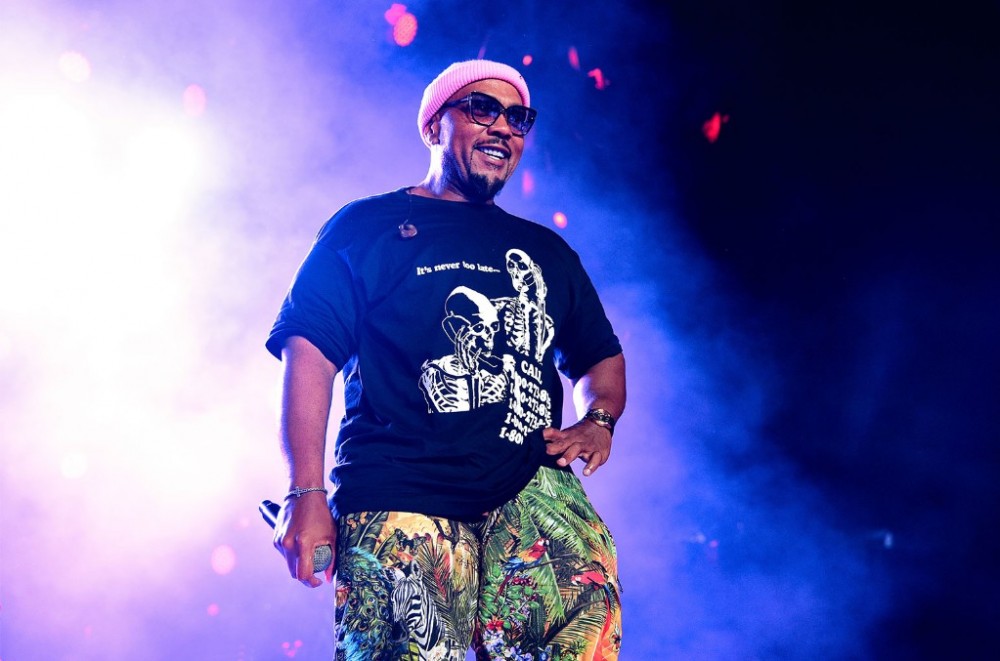 When pioneering producers like DJ Premier and RZA, Ne-Yo and Johnta Austin, and Lil Jon and T-Pain went head-to-head in recent days by playing some of their most impactful songs in battles on social media, in more normal times, it may have answered the hypothetical question many music fans have asked throughout the years: Who is the better beat-maker?

But for Swizz Beatz and Timbaland — Grammy-winning legends in their own rights — hosting a friendly competition while fans and artists are homebound due to the coronavirus was about giving back to the people.

“We don’t really like to use the word ‘battle’ — although it’s natural to say battle when two people are playing songs with each other. But this is more of a celebration, an educational celebration,” Swizz Beatz said in an interview with The Associated Press. “Me and Tim’s mission is to bring happiness, to help everybody get past this hard moment because we’re all being affected.”

The digital battles have been extremely popular and are part of Swizz Beatz and Timbaland’s “Verzuz” series. Artists typically stream from their homes on Instagram Live, and the acts — a producer, recording artist or songwriter — must have a catalog of at least 20 songs that are considered hits to participate.

“Me and Swizz sit down and we really kind of curate the matches well. We try to do the unpredictable, not what people predict. And that comes with a lot of work on me and Swizz’s part,” said Timbaland. “We have to make a lot of phone calls to get these celebrations lined up. It’s a process.”

Both producers kicked off the series going toe-to-toe in a showdown that lasted five hours, followed by other notable matchups like The-Dream and Sean Garrett, Ne-Yo and Austin, Scott Storch and Mannie Fresh, and T-Pain and Lil Jon, the most-viewed battle-to-date with more than 280,000 live viewers. And while the singular requirement generally limits the celebrations to prolific veteran artists, younger producers such as Hit-Boy and Boi-1da have also participated.

“Before I did this with (Scott Storch), it was a lot of people that didn’t know who Mannie Fresh was — that’s the younger generation,” said Mannie Fresh, the architect of the Cash Money Records sound for artists like Lil Wayne and Juvenile. “It’s a whole other generation that’s growing up on us and that’s appreciating it.”

Ne-Yo, who has written for hits for Beyoncé and Rihanna, said he and Austin — who has won Grammys for penning songs for Mariah Carey and Mary J. Blige — approached Timbaland and Swizz Beatz after watching The-Dream and Garrett’s showdown.

“Hip-hop is a little bit more popular than R&B right now, so for us to have roughly 80,000, almost 100,000 people in there checking us out at that point, I just felt good to know that it was that many people that was there for a strictly kind of R&B situation,” said Ne-Yo, who was shopping and wearing a protective mask during his video interview with the AP.

The next scheduled battle is Saturday (April 18) at 9 p.m. ET, with love song legend Kenneth “Babyface” Edmonds taking on New Jack Swing visionary Teddy Riley. The original battle was delayed after Babyface, 62, revealed he tested positive for the coronavirus.

Timbaland and Swizz Beatz say there are plans for women to participate in “Verzuz.” Eventually, they want to take the series global with musicians from all over the world, and they are also open-minded about genres. Mannie Fresh suggested a Kanye West-Pharrell Williams matchup, or DJ Quik battling a legendary East Coast producer. Ne-Yo said it may be hard to find a challenger for his choice of Jimmy Jam and Terry Lewis, and a name that is consistently nominated is Sean “Diddy” Combs.

“You never know whose life you’re changing … and this is the time to inspire people,” Swizz Beatz said. “Let’s flip it around and celebrate each other for real by playing amazing songs that changed the world.”