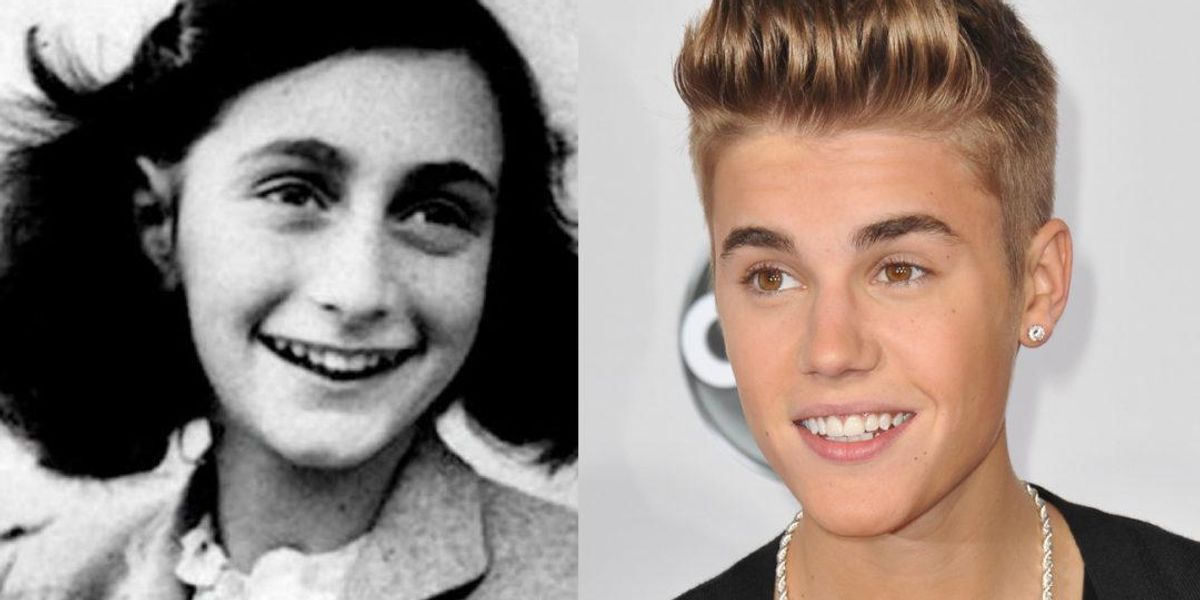 This publication in particular has done a number on the Biebs over the years. But from his long-standing association with an anti-LGBTQ church to his white-washed calls for unity, his tokenization of Black struggles, and his hushed marginalization of women, it’s hard not to criticize the singer when his actions have long been so blatantly problematic.

Now, yet another recent front-page profile via GQ has attempted to dissect Bieber’s past actions and justify his “struggle,” bringing back memories of a time when pop culture’s Bieber-related vitriol was primarily self-inflicted. 8 years ago today, Justin Bieber, while in the midst of a European tour, stopped by the Anne Frank House in Amsterdam and left a shutter-inducing note in the museum’s guest book. “Truly inspiring to be able to come here,” he wrote. “Anne was a great girl. Hopefully she would have been a ‘Belieber.'”

While referring to Anne Frank – whose candid writings became a powerful symbol of Jewish suffering under the Nazi regime – as merely a “great girl” was undeniably facile, the bigger problem lay in his implication that, had she been alive, she would have been deeply obsessed with him. The diary entry made the rounds online, and near-pandemonium ensued.

The museum stood by the pop star’s visit, writing on their website: “We think it is very positive that he took the time and effort to visit our museum. He was very interested in the story of Anne Frank and stayed for over an hour.”

Bieber never responded to the backlash, and the internet, in turn, continued to implode with vilification of the singer. The backlash was not only about what Bieber said, but what his response implied about his ego as a whole. It was clearly a fleeting entry, one left by a toxically famous 19-year-old with a packed tour schedule, written in a last-minute dash before moving on to his next event. For a young man as privileged as Bieber had been for his entire life, it seems unfair to assume he would have been able to grasp the weight of a global atrocity that he wasn’t even alive for, much less in one very publicized hour-long tour. Then again, that atrocity was the Holocaust.

Should we be surprised that an international pop star viewed, and still views, everything only in terms of how it relates to him? More importantly, is there actually a “suitable” response to experiencing a tourist attraction like the Anne Frank house? On the one hand, it is a striking monument that captures the unshakable signal of hope and goodness that Anne represented during one of history’s darkest times. On the other hand, it is a bustling for-profit attraction that, prior to the pandemic, drew in 1.5 million people annually.

“When writing about the museum – just as when visiting it – there is an understandable expectation that one should tread carefully,” wrote the Conde Nast Traveler. Clearly, that established expectation of wariness should extend to what people write in the guestbook.

Bieber’s narcissistic note was inexcusable, but for a man who just admitted to GQ that his unshakable ego was birthed from our cultish obsession with him, isn’t his lack of empathy at least partially our fault? Do we have a right to get mad at him when we made him this way?