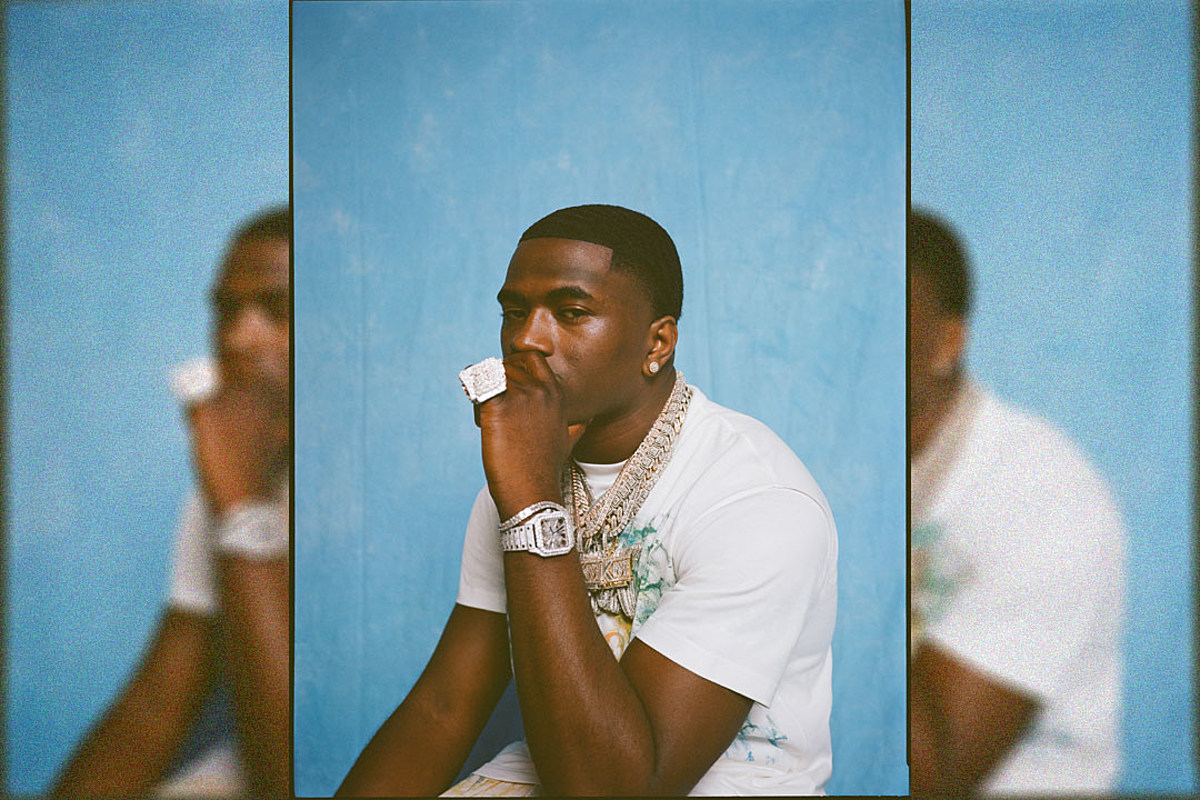 The Arkansas native decided to jump into rap in 2017. Two years later, he got the radar of Quality Control Music cofounder Pierre “P” Thomas thanks to Bankroll Freddie‘s spin on City Girls‘ #ActUpChallenge. After the two men got in contact, a trip to Los Angeles to meet with and play music for P left Freddie feeling inspired as he headed home to Arkansas. In June of 2019, “Drip Like This” arrived, solidifying Freddie’s place in the game as a rapper with potential. “Cost a lil’ money, get your drip like this/Icebox drip on my wrist/Walk up in the club and I drip on a bitch,” Freddie rhymes on the track, which has over 15 million Spotify streams to date.

The remix video featuring Young Dolph and Lil Baby dropped that same year, and now has been viewed over 45 million times on YouTube. With the success of the song, Freddie officially joined QC in 2019, and released his first project, From Trap to Rap, in early 2020. As a result of the coronavirus pandemic’s hold on the music industry last year, the rising rhymer didn’t have the opportunity to perform that release the way he would’ve liked, so he got back to work.

In that time frame, Bankroll Freddie completed his latest project, Big Bank, in April of last year. He waited until the timing was right and chose to drop it a year later. The album arrived earlier this month, featuring songs like “Pop It” featuring Megan Thee Stallion, the Gucci Mane-assisted “Rinky Dinky” and “Dope Talk” featuring 2 Chainz and Young Scooter, among others. With the world starting to open up in light of the pandemic, along with vaccinations becoming available for COVID-19, Freddie now has the new opportunity to take his music all over the country. His Bandplay-produced single “Pop It” featuring Megan Thee Stallion is the perfect reintroduction.

With both Freddie and Meg rapping about the money they get and their dealings with the opposite sex, the track is perfect for the clubs. “Catch us a vibe, yeah, she matchin’ my energy (yeah)/She a lil’ hood, I think she’s from Tennessee (On God)/Booty so big, could of thought she from Texas (Texas)/She got the peach, could of thought she from Georgia/That pussy so wet, well, take me to Florida (Ooh)/I kinda adored her, so I Dior’d her/Let’s hit up Lenox and blow us a quarter, yeah (Quarter),” he rhymes. In the two weeks since its release, the video has racked up over 3 million YouTube views.

Fresh off the release of Big Bank, XXL caught up with Bankroll Freddie for this week’s edition of The Break.

I grew up listening to: “Yo Gotti, Three 6 Mafia, Project Pat, Cash Money, No Limit.”

My style’s been compared to: “A lot of people say I sound like myself. Me, I don’t think I sound too much like nobody, but I got a lot of comparisons to [Young] Dolph.”

I’m going to blow up because: “Nothin’ but success, man, all the way to the top. Keep on workin’, keep on getting better. I’m tryna be one of the top dog’s this year.”

What’s your most slept-on song, and why?: “I feel like a lot of stuff I did slept on. Probably because ain’t too many people heard me. I’m a new face to the world. A lot of people may not have heard my new stuff, my old stuff. It’s more about putting it out there, put it in they face.”

My standout records to date have been: “A lot of people know ‘Drip Like Dis,’ ‘Rich Off Grass,’ ‘Back End’ with MoneyBagg Yo, songs like that. Couple songs from the first tape. But this song I got right now, ‘Pop It’ with Megan Thee Stallion, that’s gon’ be a big song. We did a million in a day on YouTube. We workin’.”

My standout moments to date have been: “I met Diddy. I been around him like four, five times. He just shouted me on his page. ‘Yo, Freddie got next!’ He just supported me. [I met him at] the Stripper Bowl in Miami last year. i got videos and everything. That was pretty lit.”

Most people don’t know: “I can cook. I’m from Arkansas. A lot of people think I’m from Atlanta.”

See 20 Ways in Which Rappers Schooled Us About Life