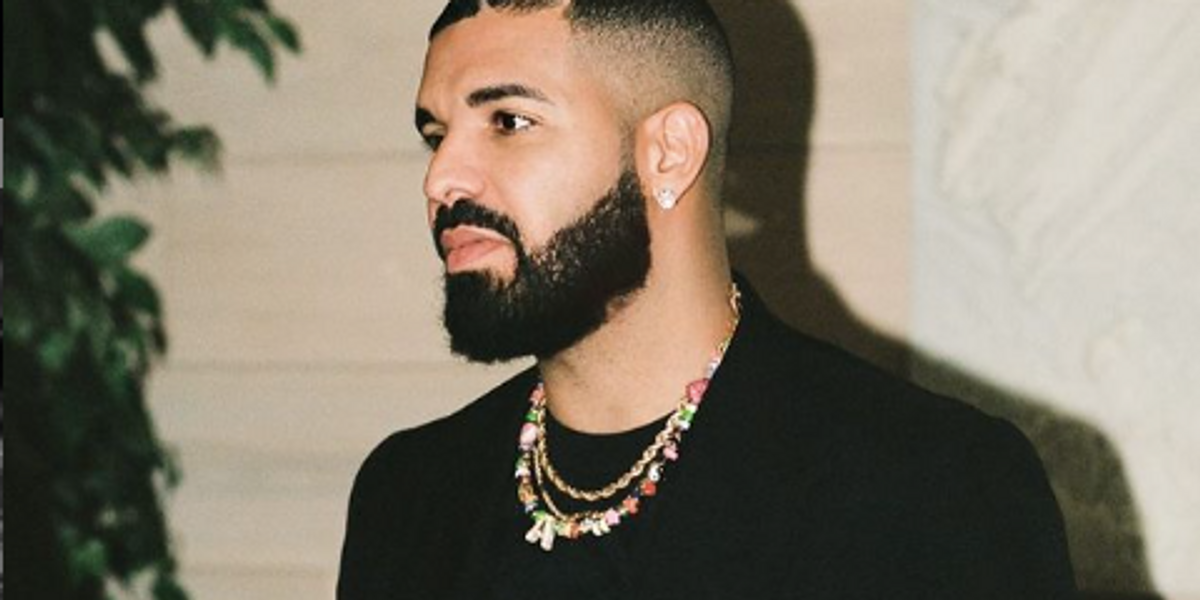 So Drake is releasing a line of scented candles — which is not what anyone asked him for.

Fans want a new album, I want him to shave that heart out of his hair. None of us are getting either. Let’s unpack.

On May 4th 2020, the rapper known as Drake posted a photo to his Instagram, as one does, with the cryptic caption, “It’s far from a myth.”

Though what “it” is remains unclear, fans were quick to speculate. Some were convinced he was hinting about his rumored new album, Certified Lover Boy, which fans have been buzzing about for months — especially after J Cole recently announced his long awaited project and Drake stans hoped they would be next.

A few posts later, Drake announced a line of scented candles releasing on Mother’s Day. Yes. Drake. Scented candles. Despite his famous declarations for his bed and his momma in “God’s Plan,” no one could have seen this coming.

The candles will also be given out during a promotion with Postmates where, between Friday, May 7 and Sunday, May, 9, orders from the rapper’s favorite restaurants in NYC and L.A of at least $50 from Postmates will come with a complimentary Drake candle. In New York, the choices are: STK, Tao, Lavo, and Nobu. In LA, it’s: Nice Guy, Craig’s, BOA Steakhouse, Katana, TAO, Blue Ribbon Sushi, and Nobu.

While there have been rumors of a Drake fragrance for months, this was not the announcement fans were anticipating when Drake posted that teasing caption on that fateful day. But while Drake stans were imagining an album, I was imagining simpler times: when Drake did not have that heart shaved into his hair.

It’s not uncommon for Black men to decide to switch it up at the barber shop and branch out from their regular fade. While clean line up and a smooth fade is artistry enough, sometimes you want to switch it up and ask for a shape or a design in your cut — I understand that.

Black hair is often the subject of fascination by American media, but it’s also endlessly criticized and appropriated (yes, we’re looking at you, Justin Bieber). However, despite the scrutiny, Black people revel in the creativity and play that afro-textured hair allows. So, while I don’t fault Drake for getting creative in the barber shop … I can’t help but wonder: How long will he keep that heart in his head? How long will we be forced to stand it?

To keep the cut fresh, Drake is probably getting that heart reshaved into his head weekly, but who is going to tell him we are tired of it? Sure, the heart itself isn’t too objectionable, though slightly juvenile on a 34 year old man — the issue is its longevity. This kind of design is favored by middle school children and f*ckboys, so we shouldn’t be surprised that Champagne Papi is holding onto it — but we can still be disappointed.

Drake debuted his new cut on Instagram back in October 2020 and I haven’t known peace since. This was also the time he announced the still absent album: Certified Lover Boy. On October 24th 2020, the rapper’s birthday, Drake released the first teaser for the project, which was supposed to arrive in January 2021. With the combination of the new lover-boy inspired cut and the album name, an era has been born.

The new era is surrounded by speculation, and while I wonder if he will ride out this haircut all through this new phase, fans are wondering what sound their chameleon king will adopt with this new record. The album could be Take Care-esque and unashamedly romantic, filled with verses about finally finding someone to give all those Birkin bags to and share that giant, ugly house with.

It could also be more Scorpion-like and filled with unbridled f*ckboy energy, which might be the vibe for the upcoming summer of hedonism — after being primed and ready, all your least favorite Drake-lyrics-as-Instagram-caption bros are primed and ready to fist pump to some Champagne Papi in the club.

Fans got a taste of what the new music could sound like with the release of Scary Hours 2 on March 5th 2021. The three-song EP was the follow up to Scary Hours (2018) and this iteration contained features from frequent collaborator Rick Ross as well as new star Lil Baby. The EP’s most successful track was “LEMON PEPPER FREESTYLE,” which was better in name than execution but still had Drake’s fanboys buzzing at his verse, which mostly just amounted to a chronicle of his life as a suburban father.

Drake is fully stepping into his role as a suburban father with his newest venture in fragrance. Though he is not the first rapper to make his own luxury scents — Travis Scott recently did a limited edition collaboration with high-end fragrance house Byredo — Drake’s Better World Fragrance House is claiming to change the world with scent in a way which feels (I hate to say it) … kind of Goopy.

The first post on the Better World Fragrance House Instagram account is captioned: “Personal. Powerful. Transformative. Scent can make our worlds better in different ways.” It shows a video of a rotating globe, dubbed over with voices saying: “Scent is extremely powerful, it can change your immediate surroundings and make your world so much better.”

Though I’m sure the candles smell good (as a lover of luxury but ultimately basic human being, Drake gives off vibes that indicate one of the fragrances will probably contain the trendy santal scent), Drake’s foray into wellness and worldchanging seem, so far, pretty shallow and insubstantial, which is par for the course for the entertainment and wellness industries.

King of being extra, this is classic Drake: hyping himself up for doing the most, when no one asked him to do anything but get back to the studio and maybe, please, back to the barber for a fresh cut.