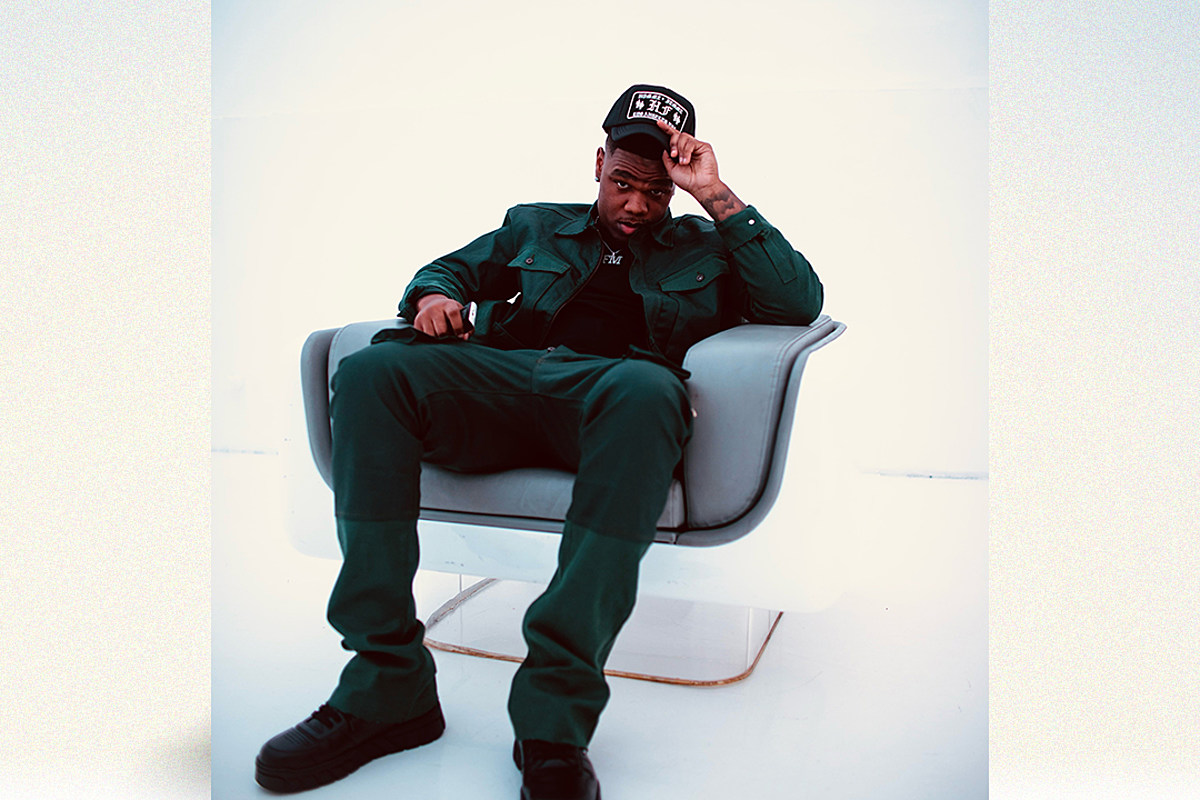 Fridayy has been earning his stripes around the music industry. This year alone, the Philly native has put his solo career in motion with wintry tracks like “Empty Stomach,” signed a major record deal and has contributed to high charting albums like Lil Baby It’s Only Me, DJ Khaled’s God Did and Chris Brown’s Breezy. Right on brand as a three-headed dragon who sings, writes and produces, fire has been the end result of each stride.

Fridayy’s love for sound was fostered in the church sanctuary, thanks to his father being a pastor. Around the age of 6, Fridayy started becoming both a jack of all trades and a master of many. His position as a multi-hyphenate began with playing instruments like the piano, bass, drums and guitar. It was around then that he started singing as well, making his voice heard around the chapel.

Years later in 2014, he laid down his first track alongside his cousin, Leo. From there, Fridayy officially started putting in his 10,000 hours towards becoming a musician. His first big stride in the music industry came almost a decade later on the June 2022 release of Chris Brown’s Breezy. Standouts from that effort include “Till The Wheels Fall Off” featuring Lil Durk and Capella Grey, plus the Bryson Tiller-assisted “Need You Right Here,” both of which Fridayy produced and wrote on.

The ante was upped just a couple of months later in August when one of Fridayy’s tracks caught the attention of DJ Khaled. The song ended up getting additional vocals from Jay-Z, Lil Wayne, Rick Ross and John Legend. And it was later titled “God Did,” just like the album it was housed on. The record has since soared upwards of 35 million spins between Spotify and YouTube. Striking the iron while it was hot and capitalizing on his momentum, Fridayy came through with a feature on Lil Baby’s No. 1 album It’s Only Me in October for “Forever.” The hazy ode debuted at No. 8 on the Billboard Hot 100 chart, further stamping the budding talent on a commercial level.

That same month and after signing a record deal with Def Jam Recordings, Fridayy unleashed his debut project Lost In Melody. The EP holds tracks like “Empty Stomach,” “Come Through” and “Don’t Give Up On Me,” which all exemplify his position as a teflon don between the crossfires of rap and R&B music. Fridayy's bluesy deliveries paired with brooding lyrics about the struggle and love is an undefeated combination that is guaranteed to raise goosebumps from the second one presses play. Guaranteed every time.

The world is finally starting to catch onto what Fridayy has to offer. Following the wins he’s accumulated this year and preceding his next couple of moves, Fridayy stopped by this week’s episode of The Break: Live to discuss his debut EP, working with Lil Baby and DJ Khaled, his artistic influences and much more. Check out the interview below.