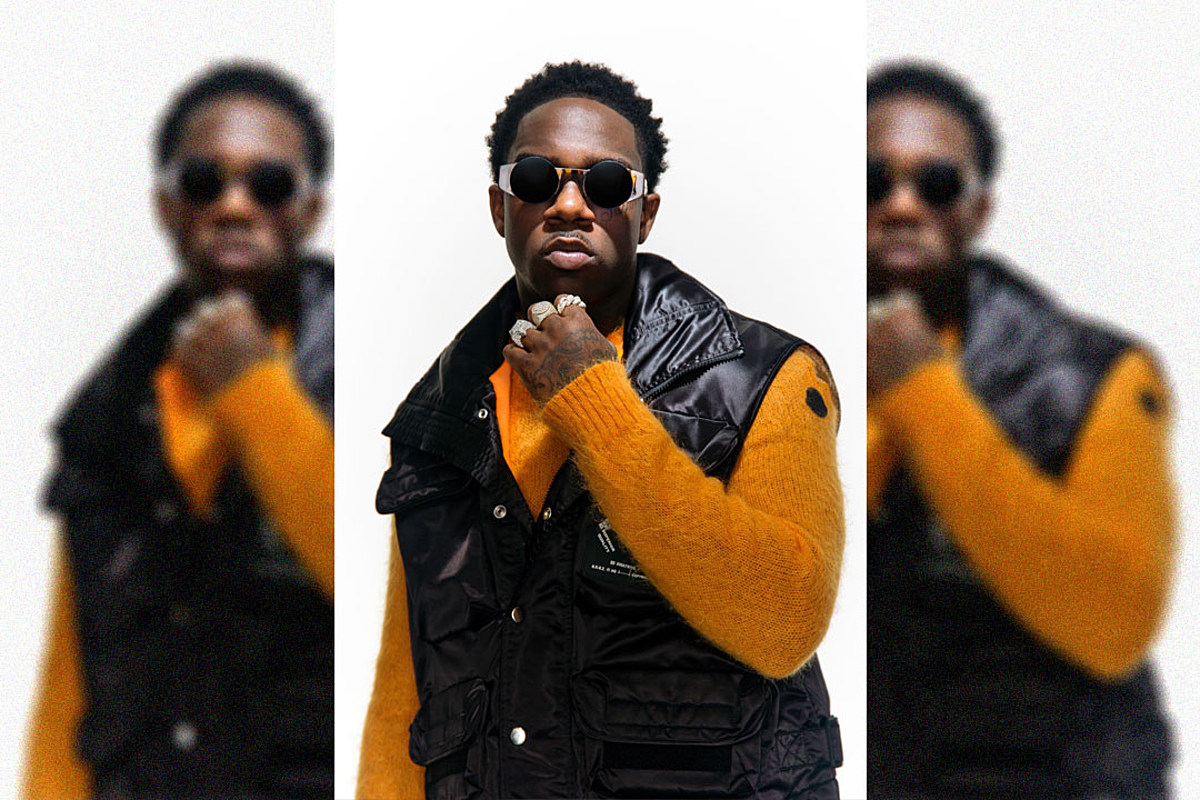 In the Brooklyn drill scene, it feels like there’s always a new rapper coming up, so it can be difficult for some artists carve out enough space to rise to the top. However, Dusty Locane did just that with his 2020 track “Rollin N Controllin Freestyle.” A native of the Canarsie section of Brooklyn, Dusty became a hot name in his city’s drill scene, though he never saw a future for himself as a rapper until recently.

Before the success of that song, Dusty really didn’t rap and never believed a career in hip-hop could go somewhere until “Rollin N Controllin Freestyle” was recorded. The rising artist had spent time with his friends in the studio, but balked when they urged him to rap. After being freed from jail for gun charges and other infractions he picked up in the street last June, Dusty ended up freestyling over a beat that was originally meant for one of his friends. He recorded his verse on a voice memo on his phone, then went to a makeshift studio and officially recorded “Rollin N Controllin Freestyle” that month. The CP Beats-produced track, released on Aug. 7, 2020, is a menacing affair on which Dusty frankly lays out his lifestyle and how far he’ll go to protect his name and his team.

As the song began gaining momentum, Dusty dealt with direct comparisons to the late Pop Smoke because their voices sound so similar, but Dusty has taken it all in stride. Now that the song is nearing 30 million Spotify streams and 14 million YouTube views since its release last year, it feels as if everything is coming together for the East Coast rapper, who originally believed basketball would be his calling. Dusty’s rap career took off so quickly that he didn’t even have social media pages of his own while he was going viral last year.

Wisely, Dusty has since released follow-up songs like “Rumble,” “Intro 2 Me Pt. 1” and “Rolando (Caught in the Rain),” all of which have kept his buzz going.

Read on to find out more about Dusty Locane in this week’s edition of XXL‘s The Break.

I grew up listening to: “I was listening to a bit of hip-hop, a bit of soca. I would say Jay-Z, Tupac [Shakur], Biggie. That was more or less like my older siblings listening to shit like that. I was just around; the soca part because my mother is Trini. I bumped calypso, soca. Then my closest sister, she listened to a lot of Chris Brown and shit, but she was into R&B. I’ll listen to anybody.”

My style’s been compared to: “At first it was Sheff G, Eli Fross, and then it went to Pop [Smoke]. The main three I get, in this order: Pop, Sheff G, Eli Fross. It got away from Eli a lot. It got away from Sheff, but the Pop is still there because I guess we got so much similarities in terms of not only where we’re from, what we jack and then on top of that, just morals and principles for me. A lot of people don’t know that I grew up with him. I just don’t like to talk about that loosely. I feel like people oftentimes try to use past connections or connections that really wasn’t really as solid as it used to be, but they feel like it’ll help them get some sort of leverage or clout them up. I never felt that way.

I’m going to blow up because: “I won’t really say that I know. I’ll just say that it’s blind faith because in all honesty, I got to my lowest point; it couldn’t get no worse for me. I’ve seen the opportunity and it was a ripple effect. Everything that was happening was just falling in place to where it just felt like it was meant to be. I couldn’t even deny it. I couldn’t even fight it. I’ve just got to play my role for me for the most part, and I’m going to be good.”

My standout moments to date have been: “I’ll say getting signed. To be honest, I never had any aspirations to be a rapper. I was always more into hooping. Then after that, I was just gang banging. I ain’t really see no rapping career happening to me, but I’m really blessed so, I’m just going with it. Yeah, it came together. That’s something that was unexpected. It’s like not knowing what you was meant for, and then it just came to your step, like it was on your front door. I just stepped into it.”

Most people don’t know: “I’m actually really loving and caring. A lot of people will be trying to say that, ‘Dusty, he’s mean.’ Don’t get me wrong, if that is that, but I’m a loving and caring person. I like to take care of mine for me, you know what I mean? I’ve never been selfish. I never like to keep stuff to myself. I just ask for the same love that I give to you in return, that’s all.”

“Rolando (Caught in the Rain)”