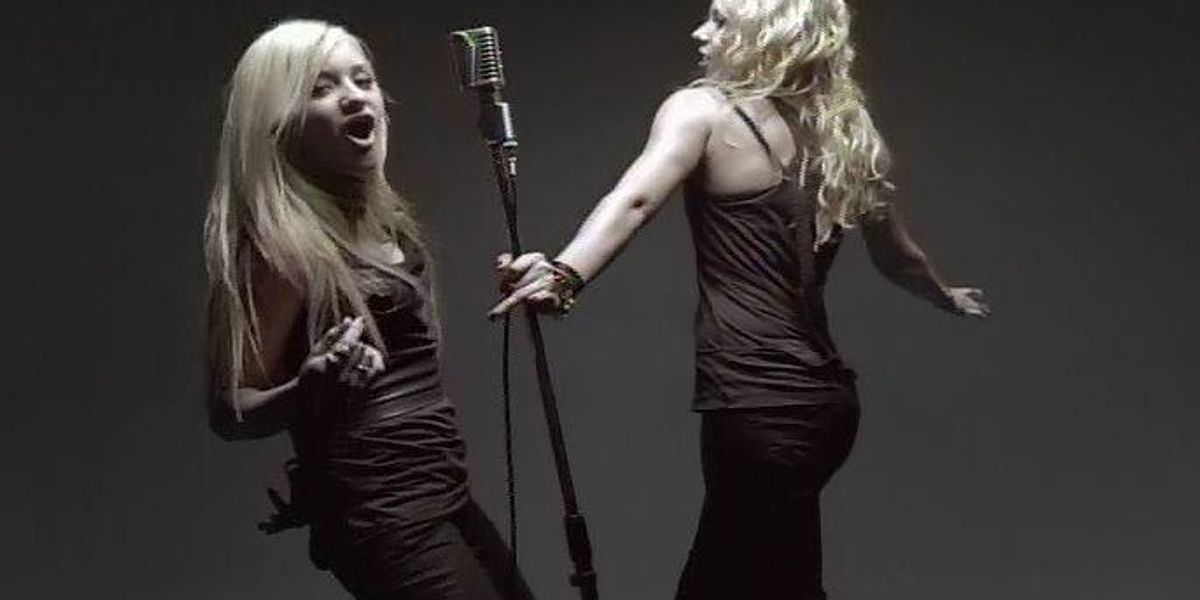 The explicit release of Aly and AJ’s “Potential Breakup Song” was the light at the end of the tunnel for 2020.

Who knew switching “stupid” for “f**king” and “stuff” for “sh*t” would trigger such visceral nostalgia and feelings of empowerment? But it’s worth noting that while “Potential Breakup Song” would be the track that defined a generation, Aly & AJ have churned out other pop hits as well.

In fact, their 2020 release We Don’t Stop is a collection of savvy synth-pop tracks that actually carry a good amount of emotional weight. Not to mention that Insomniatic, the album where “Potential Breakup Song” originally lived, is filled with its own collection of overlooked and effervescent pop-rock songs. Here are some of the former Disney stars’ most underrated tracks. Can someone please give them their flowers?

This 2020 single is soaked in ’80s synth-pop without sounding imitative. After a decade-long break, Aly & AJ went from the commercial wave pop sounds of Insomniatic to a beefy 13-track synth-pop collection full of mature songwriting. “Promises” chugs along with a glitchy production that caresses the sisters’ voices. Thematically, it’s like if the heartbroken kid from “Potential Breakup Song” relapsed and reimmersed themself in yet another troubling relationship, a mistake we’ve all made.

“If I Could Have You Back”

Another bouncy pop track from 2007’s Insomniatic, “If I Could Have You Back” has just as much high school drama and rock and roll drive as “Potential Breakup Song,” but it adds a splash of autotune and ’80s flair, because why not? The glitchy chorus, the fleeting crunch of the guitars, the sprinkle of video game sounds as the girls coo, “It’s game over, you’ve lost this round” — it’s all ripe to soundtrack a high school coming-of-age story, but unless you were a die-hard Aly & AJ stan, you probably missed this one.

Off their platinum debut , Into The Rush, “Collapsed” is like an early-aughts time capsule. The track moves with the urgency of a One Tree Hill montage, plowing along with nothing but pure teen mania and melodramatic lyrics (“there you stood, you’re blue eyes hidden underneath your hurt.”) “Collapsed” feels like an episode of Lizzie McGuire turned into a song.

If listeners were to tune in for a few brief moments after “Potential Breakup Song,” they would be serenaded by a heavier rock track arguably better than its predecessor. “Bullseye” is heavy with grunge guitars and synthesized drums and even offers a shredder of a guitar solo at the halfway mark.

“Bullseye” seemed to be the track that would distance the duo from their Disney teen fan base altogether, fully marking a departure from their family-friendly sound of Into The Rush in favor of a more mature grind about setting emotional boundaries rather than indulging in fleeting romances.

“Like Whoa” was one of those songs that many didn’t know; but if you did, it was impossible to remove from your brain. While released as an official single from Insomniatic, the track only made it to #63 on the Billboard Hot 100, but the track’s electronic drive and “whoa-oh’s” were as indulgent as candy.

With a chorus that wriggles its way into your brain like a parasite, the track should have exploded into the mainstream, but somehow missed the wave. Regardless, it brings back nostalgic memories for anyone who was lucky enough to hear it.

From the album of the same title, “Insomniatic” is melodically one of the grittier tracks on the record. Leaning fully into their newfound rock and roll aesthetic, the track actually heaves and haws with all the charisma of a mid-aughts rock track. The song never broke through to the masses, which is too bad considering it was a charismatic piece of songwriting.