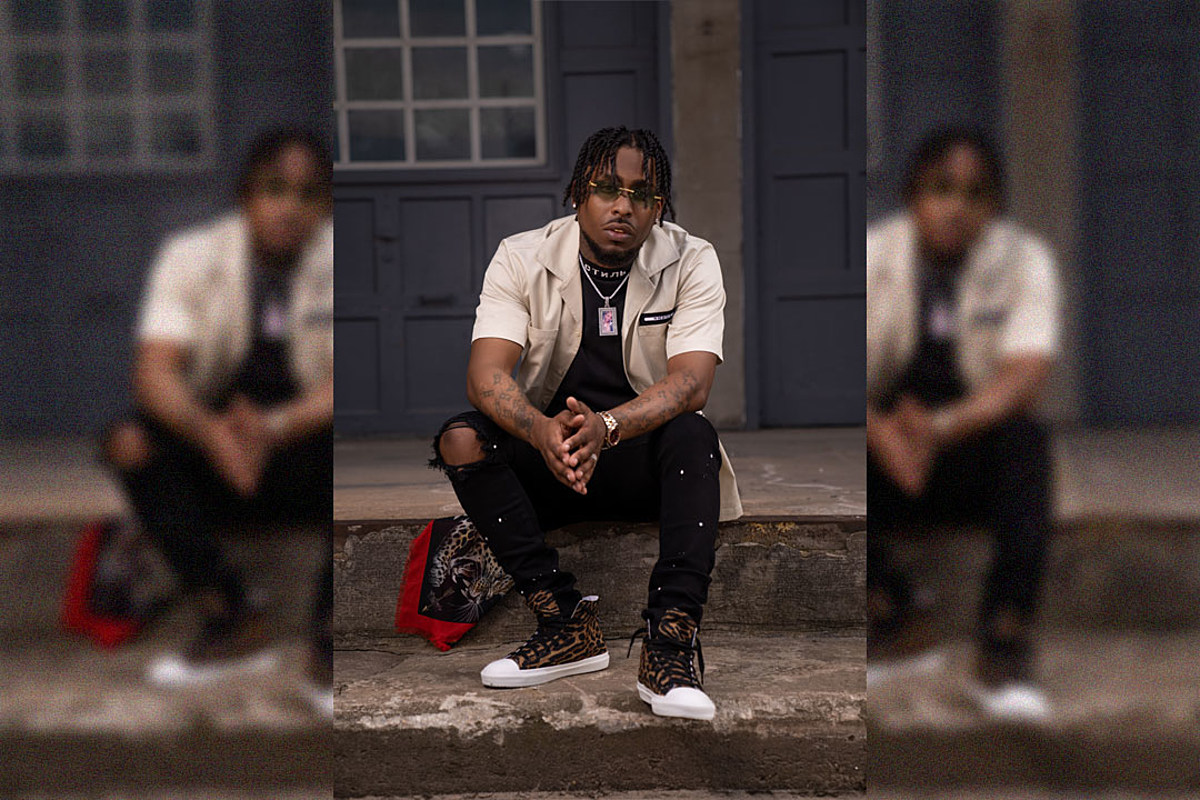 There is always a market for songs that are a soundtrack to a crazy time or experience in life, no matter how wild that track is. BRS Kash, a rapper from the hip-hop hotbed known as Atlanta, figured that out once he pieced together his single "Throat Baby (Go Baby)," part tongue-in-cheek, part seriously sung ode to a certain sexual act.

As graphic as "Throat Baby (Go Baby)" is, it's just as funny and well-written. "Sexy lil' bitch, sexy lil' ho/I love the way you walk, love the way you talk/Let a young nigga come play in your throat," BRS Kash delivers on the song. It's almost impossible to forget the hook after one listen, making it perfect for the Instagram videos that helped the track take off. "Throat babies, I'm tryna give ’em to you," he sings on the chorus.

Judging by its streaming success—22 million streams on Spotify since its official record label release last summer—in addition to the accompanying video racking up 9 million YouTube views so far and Kash being booked to perform at an event in support of voting for Georgia Democratic Senate for Jon Ossoff and Raphael Warnock in December, he has really made noise with "Throat Baby (Go Baby)." An interesting future lies ahead, but the journey to his success today started at the age of 12.

With a musically-inclined mother and a background in modeling as a child, BRS Kash's transition to music felt natural and pre-ordained. He decided on music when he needed a talent for a modeling contest, and started to record himself singing on a tape recorder at 12 under his neighbor's instruction. He also played the piano and drums during this time. By 13, Kash was figuring out his way around a studio, and consistently worked on music until 2015. That year, his best friend got killed, leading to Kash taking the year off and recalibrating.

Four years after that break, BRS Kash, formerly known as the artist KashKash, experienced a wild night in which he had an unexpected encounter with a close female friend, prompting him to write "Throat Baby (Go Baby) in late 2019. Then he released it in November of that year.

In reality, the song is about two different women who are best friends. According to Kash, the story goes that he wrote the initial verse after a sexual tryst with one friend. Then that woman's best friend decided to get involved with Kash after hearing the initial version of "Throat Baby (Go Baby)" with just one verse about her friend. He says the two women involved know the song is about them, and that there are different sets of women who also think he made the track about them. A wild life indeed.

In 2020, BRS Kash inked a deal with LVRN and Interscope Records. The rapper's signing with both record labels was announced in August of that year. He can now call 6lack and DRAM label mates. The move to LVRN/Interscope Records is to help strengthen Kash's own Team Litty imprint as well.

Read up on BRS Kash's rise to fame in this week's edition of The Break.

I grew up listening to: "I listened to a lot of people like Raheem the Dream, OutKast, Bow Wow, like I was a real deep Bow Wow fan. I grew up on Bow Wow CDs."

My style’s been compared to: "I really feel I stayed in my own lane right now, but I can see that, you know what I'm saying, folks gradually trying to catch the wave though."

I’m going to blow up because: "I see the progression. I see the reaction of people when I post little snippets, even the reaction from the label is great because you don't have too many people, like, you got some folks who can make one song, but when you sing them multiple songs and it's hard for them to pick which to make a single because all the songs are so good. Like I know that the 10 years that it took me to perfect what I was doing was definitely worth the wait."

My standout records to date have been: "['Throat Baby'] is real, like no matter how much a person or a woman might feel like the song is so disrespectful, she know one day that she was in those shoes of being the throat baby, like it's controversial. So, she can try to deny it as much as she want to, but she know that she was a throat baby one day. It don't matter if she grown and you changed your life over, you know what it is. So, I just feel like it's controversial. It's real and you can sing along. I put it in a way that you can sing along."

My standout moments to date have been: "Man, there's so many of them, so many blessings. OK, one of the biggest moments in my career would have to be when I found out that I made a Billboard Hot 100. A lot of people have songs, but a lot of artists with their first song don't make it on Billboard. It might get on the internet, but to be Billboard and then to be Top 10 in Urban Radio, [that's a standout moment]."

Most people don’t know: "That I be singing and stuff like that. So, when they see that other side, they get to hear it, they'd be real surprised. But I'm multitalented, so I'm not just trying to be a rapper. I'm trying to be a artist and really plant a seed into the industry.

See the Best Debut Hip-Hop Albums of All Time