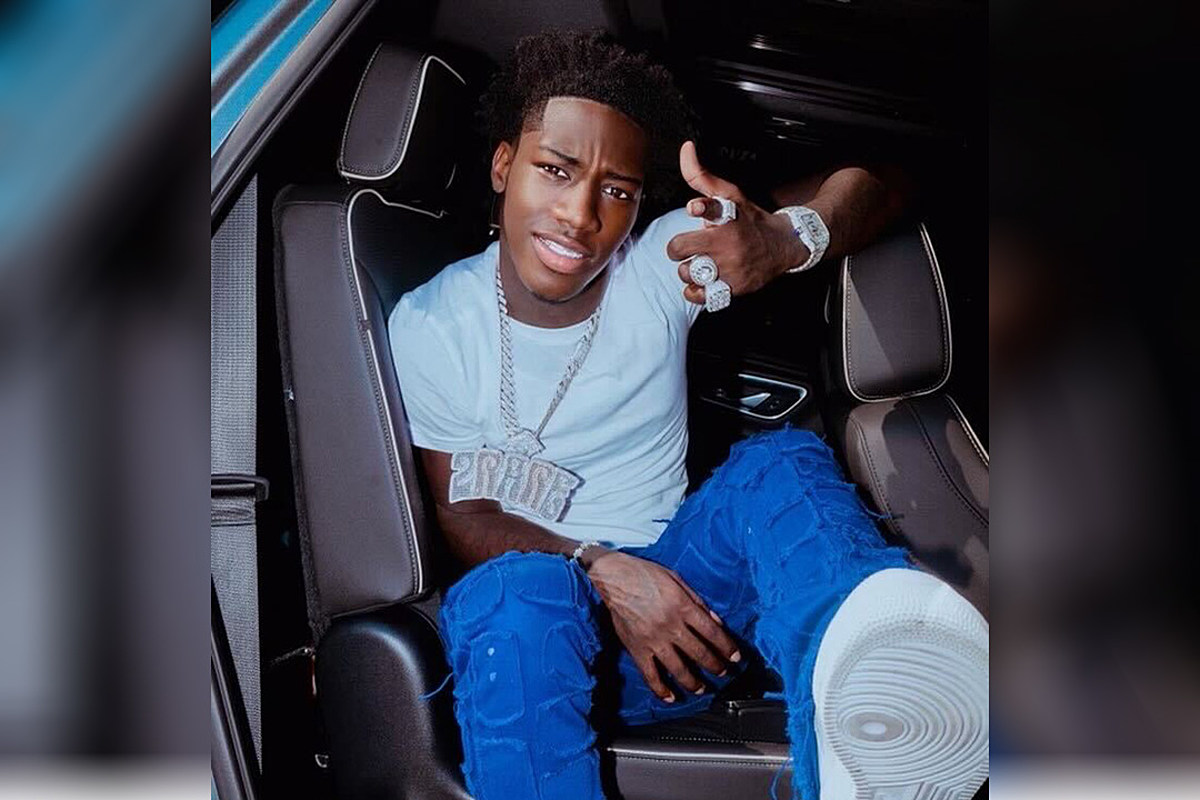 There's always a different path out there, but it all comes down to choice. 2Rare started out as a high school football player, believing that the sport would become his lane. Local beefs and issues around school led the Philly youth to head out of town, way out actually, to Los Angeles. Upon his return to Philly, he found out he wouldn't be allowed to return to class due to all of his absences, separating him from the gam of football he loved.

Music became his passion after that. He was depressed, started listening to dark, "sad" beats on YouTube and made his first song, "Switch Sides" in 2018. 2Rare stuck to his newfound interest and now, in 2022, he has a viral hit with the upbeat, Philly Club-influenced "Q-Pid." Buoyed by TikTok, "Q-Pid" is a sweet-sounding track that's really about juggling women. The Lil Durk-assisted version of the record is creeping up on 10 million YouTube views in two months. Plus, 2Rare now has a deal with Warner Records. The hard times paid off.

Since "Q-Pid" was released in January of this year, fast-paced rap songs based around the energy packed Philly Club sound—think high-speed drums with chopped vocal samples—has been 2Rare's calling card. The song's appeal is wrapped in 2Rare's higher but raspy voice, which makes the track feel like a mid-2000's R&B gem like something in the vein of Vistoso Bosses' "Delirious." His song samples 112's 1997 hit "Cupid," which is the inspiration for its title, and set a soundscape for 2Rare to build from.

He's dropped other Philly Club songs since, like "Pop Shit," and "Oochie Coochie," along with appearing on NLE Choppa's "Do It Again." However, 2Rare got his start in street rap, but made the change away from that sound because he wanted to be able to appeal to different audiences.

2Rare's music is about having fun and he's trying to become the face of modern Philly Club songs. His next single drops in November and he's excited to take that next step. In this week's edition of The Break: Live, he speaks about staying versatile, when he realized he was famous and appearing in the music video for Drake's song "Sticky." Check out the interview below.