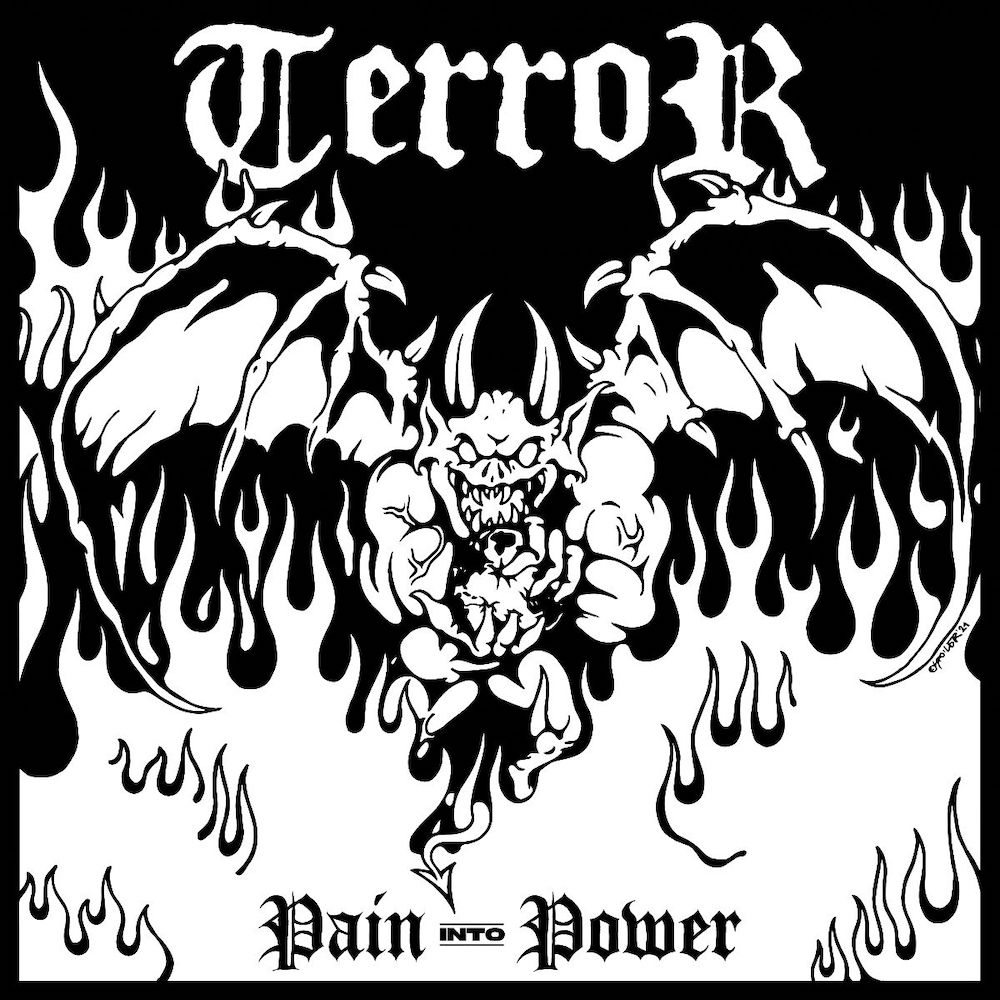 Hardcore bands don’t typically last for a long time without downshifting into legacy-act status, but LA overlords Terror are now 20 years deep into their career. They’ve never lost their vitality. They tour constantly, and their physical live shows are the stuff of legend. And when Terror announce a new LP, that’s worthy of your attention.

Terror were on the road up until the moment that the pandemic shut everything down. Since then, frontman Scott Vogel has been getting into other projects — a 7″ with his reunited Buffalo band Buried Alive, an EP with the supergroup World Be Free, a guest spot on DARE’s “Hard To Cope.” Terror also reunited with Todd Jones, the founding guitarist who left Terror in 2004 to start his own band Nails. Last year, with Jones on board, Terror released Trapped In A World, a live-in-studio LP of older songs revisited. Today, Terror have announced the impending release of their new album Pain Into Power, the proper follow-up to 2018’s Total Retaliation.

Todd Jones produced Pain Into Power, and he also played on the record, which jams 11 songs into 20 minutes. First single “Can’t Help But Hate” is a fast, blistering, metallic attack. It lasts all of 86 seconds, and it features Cannibal Corpse leader George “Corpsegrinder” Fisher growling on the chorus. Check out “Can’t Help But Hate” and the Pain Into Power tracklist below.

Pain Into Power is out 5/6 on Pure Noise.