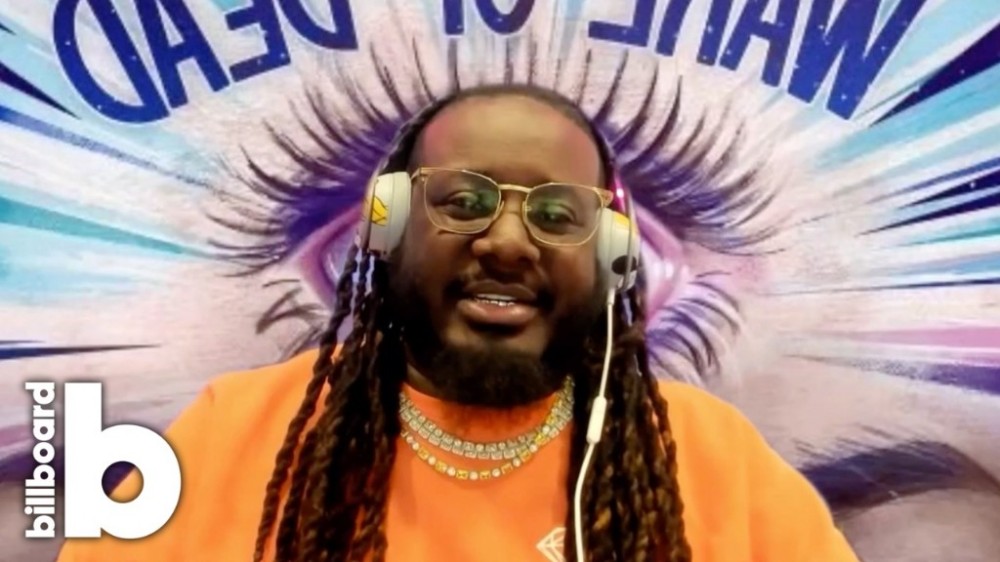 Since the start of quarantine, T-Pain has yet to fumble under the duress of staying indoors. After a competitive battle with Lil Jon on Swizz Beatz and Timbaland’s brainchild platform Verzuz, Pain punched in his latest collaboration with Chris Brown in April, titled “Wake Up Dead.”

Debuting on Verzuz, “Wake Up Dead” is an intoxicating ode to spirited lovers who savor every inch of romance. Despite not being able to record in the studio together for this go-round, Pain and Brown’s chemistry remains unmatched.

“It was a longer process. We usually feed off of each other in the studio, and the fact that we wouldn’t get in together sucked, sucked real bad,” reveals Pain, who says he and Brown communicated on FaceTime and text messages to get the song done.

And though Pain hasn’t been able to connect in person with his superhero collaborators, his freedom and solo conquests have made the recording process an enjoyable one. For his new album, Precious Stones, he will be working as a one-person operation with no management and label under his belt. Striving for creative salvation, Pain left Cinematic Records — where he released his 2019 effort 1Up — to do things his way.

“I’m doing everything myself. I learned enough from the game in previous years, and [I’m] trying to really articulate my own ideas instead of a team of people trying to do what they think is best for T-Pain,” he relays. “I think this is the most free I’ve been, and the most creative I’ve been in a while. I’m real proud of this album right now.”

With Pain in the driver’s seat for his new album, exploring different ways of recording has satisfied his appetite. Whether he’s recording with four people on one microphone or playing the congas on a record, Pain is having the time of his life making the music that rings true to him.

“I’m a huge fan of congas, and to think I kind of stifled myself when I was on a label and when I had management, that if I worked with the congas or worked with anything that I actually liked, it’s going to destroy me if that team doesn’t like it,” he says.

Being independent might seem like a massive hurdle for Pain, but he’s used to having the odds stacked against him. Though he has proven to be a formidable hook-man and hitmaker throughout his career, criticism about his usage of AutoTune initially pulled him down mentally. Instead of wallowing in despair, Pain stood up and thrived under pressure, performing without AutoTune during his 2014 Tiny Desk concert for NPR and in 2019, when he clinched the title on Fox’s singing competition The Masked Singer.

“I’m always going to have something to prove,” he admits. “I don’t care what you think of me. Auto-Tune or not, I’m still putting out smashes — it don’t matter what it is. Even if I was the Auto-Tune guy, I’d still make smashes. I use Auto-Tune a lot, but guess what? I make a lot of money off it.”

Watch Billboard’s interview with T-Pain above, as he touches on which video games he’s playing during quarantine, his favorite hook of all time, which Verzuz battle he wants to see, Rapper Turnt Sanga turning 15, and more.