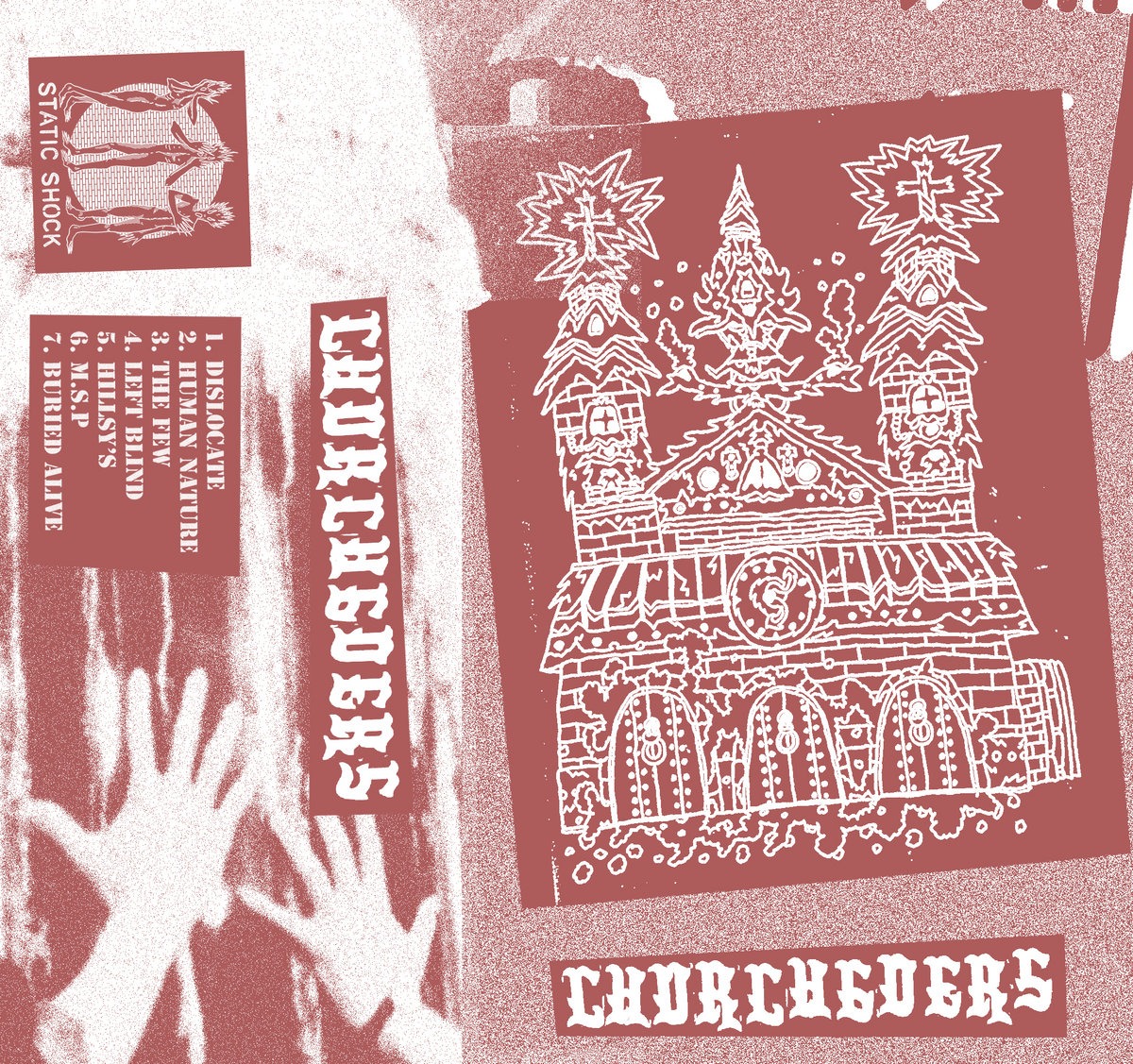 Churchgoers are a new band out of London featuring members of the Annihilated and Last Affront. When I say they play a brutally fast and violent style of retro hardcore, I mean five of seven tracks on their newly released demo on Static Shock clock in under a minute — a context that makes the 107-second runtime for “Hillsy’s” feel practically epic. This is music that makes me terrified at the prospect of jumping in the pit, music that might leave you just as bruised and broken while listening in the comfort of your home. Brace yourself for impact below.