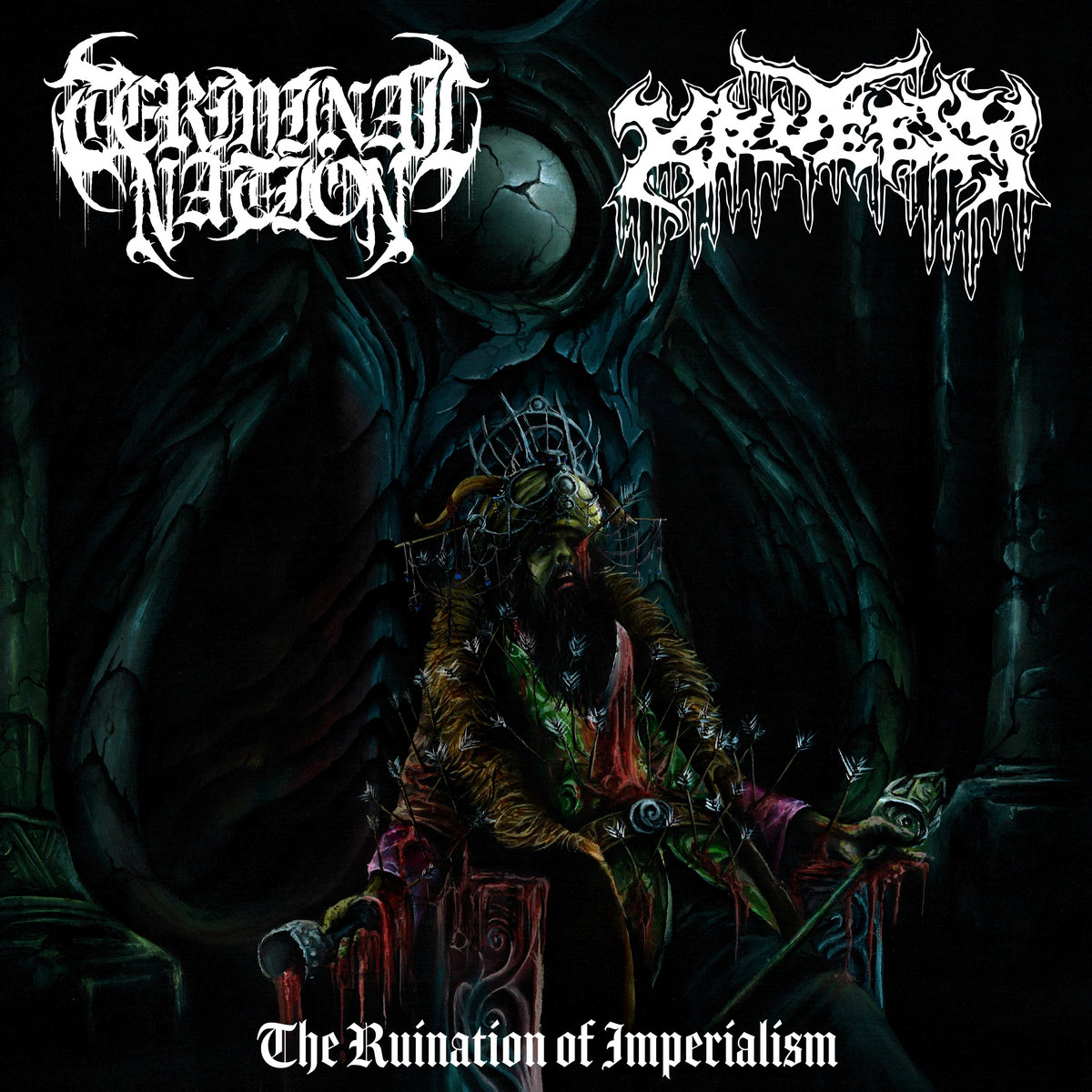 You wouldn’t necessarily expect a band from Arkansas to have much in common with one from Tokyo, but apparently thundering riffage is a universal language. Arkansas’ Terminal Nation and Tokyo’s Kruelty are among the heaviest bands on the planet, and they both stomp around on the porous border between hardcore and death metal. They’ve just come together for a new split EP, and it’s an absolute crusher.

In recent years, both Terminal Nation and Kruelty have been establishing themselves as aggressive-music titans. Terminal Nation released the great full-length Holocene Extinction, which has nothing to do with Bon Iver, in 2020. Kruelty released their own debut EP A Dying Truth around the same time, and they blew a lot of people’s minds when they played FYA Fest in Florida earlier this year. The new split The Ruination Of Imperialism finds both bands in fighting form, and they make total sense together.

There’s a collaborative spirit at work on The Ruination Of Imperialism. Kruelty singer Tatami appears on Terminal Nation’s song “Sacrificial Capital,” while Terminal Nation’s Stan Liszewski lends his bellow to Kruelty’s “Under Your Pressure.” Both bands are definitely in metallic mode on this EP. The songs are long, and they kick extreme levels of ass. Stream the whole split below.

The Ruination Of Imperialism is out now on 20 Buck Spin.