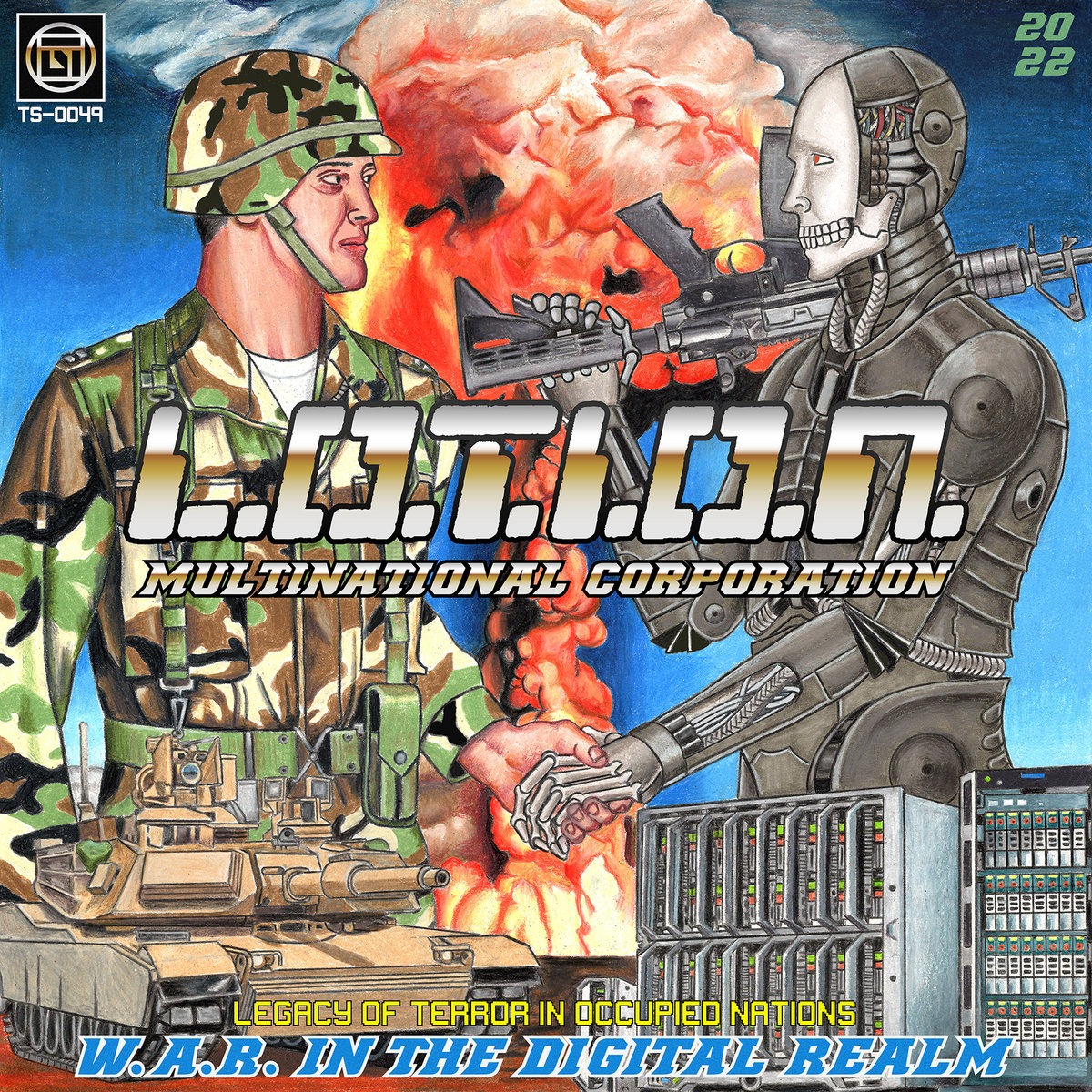 For nearly a decade, the New York band L.O.T.I.O.N. has been bringing a strain of synth-addled insanity to NYC’s DIY punk and hardcore scenes. L.O.T.I.O.N.’s whole style is a bit like Discharge, if that band was made up entirely of Speak & Spell programmers. (The name stands for “Leaders Of Tomorrow Ingest Only Noise,” which is fun.) This is harsh, politically intense punk rock, but it’s done with a pulsating primitive-industrial electronic bent and a strange sense of fun.

At some point in the last couple of years, L.O.T.I.O.N. expanded their name to L.O.T.I.O.N. Multinational Corporation. That, in any case, is the name that they used when they released a 2020 Sub Pop single, and it’s also the name that they’re using on their new album W.A.R. In The Digital Realm. It’s a feverish, chaotic album of pounding, rudimentary warehouse music — something that feels like D-beat and gabber at the same time. The album also ends with a song called “Cybernetic Super Lover,” which is straight-up clubby synthpop and which is maybe even pretty? This album is bonkers. Stream it below.

W.A.R. In The Digital Realm is out now Toxic State Records.