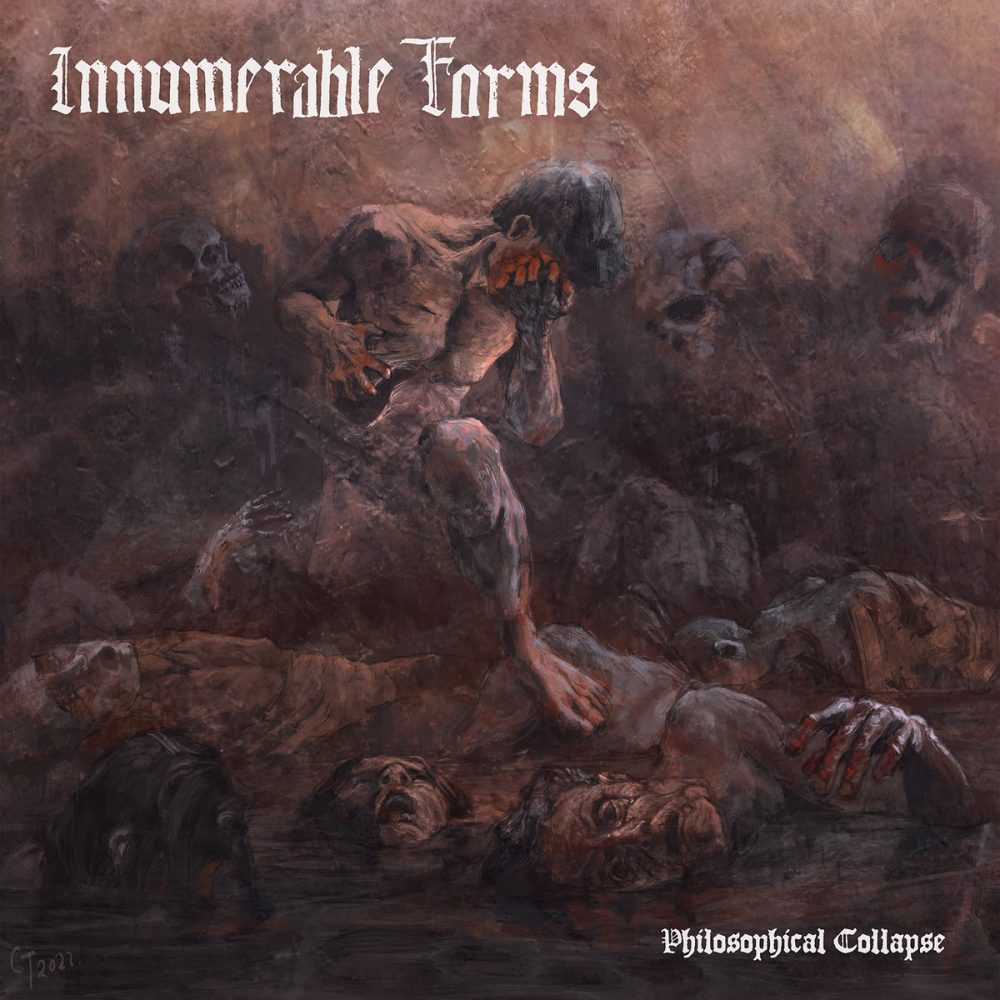 It sounds like demonic smoke belching up from the center of the earth. It sounds like dim echoes of dark rituals reverberating out of the mouth of a cave. It sounds like bubbling swamp-glop with visible swirls of blood. You can describe Philosophical Collapse, the new album from the Boston-based band Innumerable Forms, in regular music-critic terms, as a record of dark and reverb-heavy death/doom metal, but why? It’s more fun to just close your eyes, let the evilness wash over you, and talk about whatever images the music conjures up.

The members of Innumerable Forms have played in a whole host of great heavy bands, including but not limited to Dream Unending, Mind Eraser, Power Trip, and Red Death. The band has been around for a while, and the new album follows 2018’s Punishment In Flesh and the 2020 EP Despotic Rule. The band recorded Philosophical Collapse with producer Arthur Rizk, who knows how to make things sound vast and brutal, and that’s what he does here. We’ve already posted the early tracks “Built On Wrought” and “Thrall,” but Innumerable Forms aren’t a single-serving kind of band. You want to really immerse yourself in their darkness, and you can do that below.

Philosophical Collapse is out now on Profound Lore.