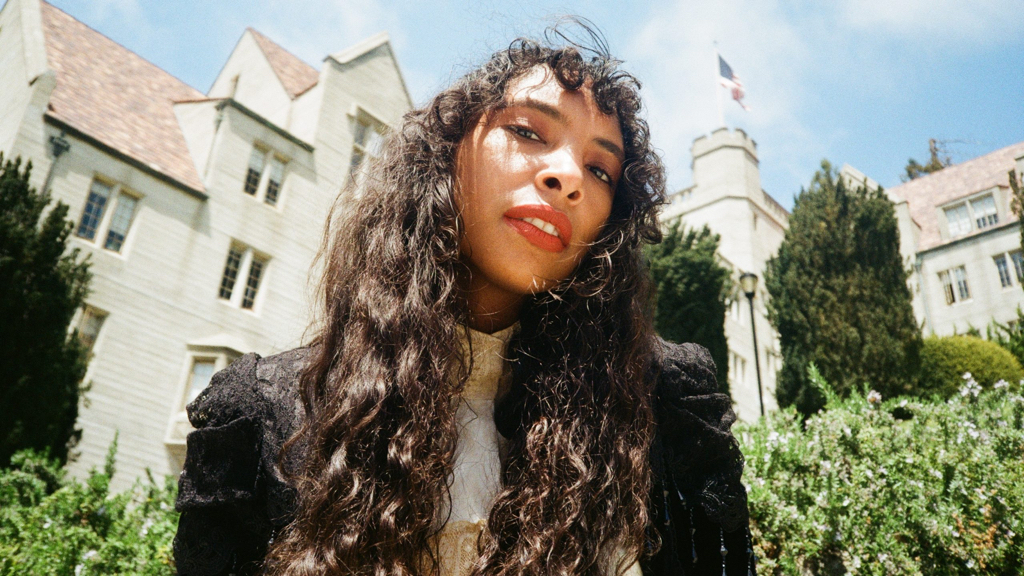 SPELLLING (aka Chrystia Cabral) has released her third studio album, The Turning Wheel, via Sacred Bones. Now that the album is out you can stream the whole thing below. Also, yesterday we posted our review of the album and you can read that here. Cabral previously shared the album’s first track and lead single “Little Deer” (which was inspired by the Frida Kahlo painting Wounded Deer). “Little Deer” made it to #1 on our Songs of the Week list. Then she shared its second single, “Boys At School,” which was also one of our Songs of the Week. Then she shared the album’s almost title track, “Turning Wheel,” via a self-directed video for it (which again made our Songs of the Week list). The Turning Wheel is described in a press release as revolving around “themes of human unity, the future, divine love, and the enigmatic ups and downs of being a part of this carnival called life.” The album, orchestrated and self-produced by Cabral, features an ensemble of 31 collaborating musicians. Cabral’s last album, Mazy Fly, came out in 2019 on Sacred Bones.