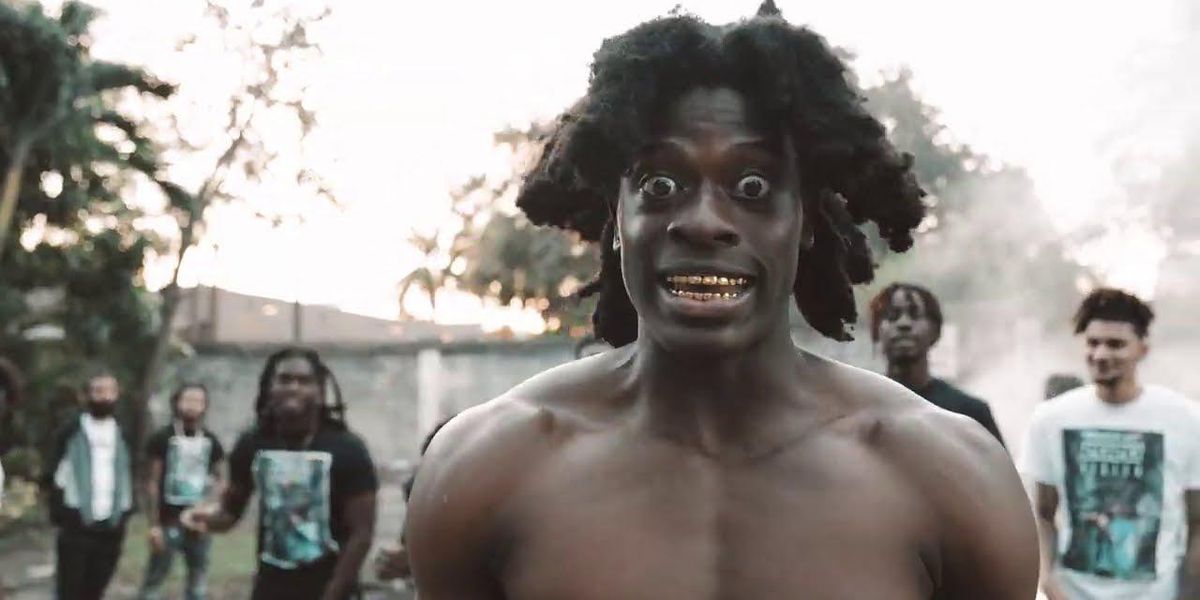 Rap fans have many reasons to rejoice this morning.

Young Thug and his Young Stoner Life collective returned today with Slime Language 2, a collaborative project that has the largest guest roster of 2021 so far. Drake, Lil Baby, Lil Uzi Vert, Gunna, Big Sean, Kid Cudi, Nav, and Meek Mill are but a few of the two dozen heavy hitters appearing across the record. For music fans uninterested in Hip-Hop, London Grammar also returned today with a great new record. So did The Offspring, if you’re a fratty middle-aged man who’s into that sort of thing.

For rap fans hungry for more, here are a few of today’s slept-on releases that should be added to your playlist.

One of Gucci Mane’s most menacing new signees, Memphis emcee Big Scarr has made a name for himself as a result of his gravelly voice and unique backstory. After suffering a debilitating car wreck at 16 and a gunshot to the hip just last year, Scarr has persevered through harsh trials and tribulations his entire life, curating these experiences into hard-hitting street anthems.

On his new project Big Grim Reaper, the rapper instead basks in this hard-won fame, using the album’s booming productions to reflect and look towards the future. “Long way from trappin’ out the apartments /Now I hit the stage with them racks in my garments,” Scarr spits on “Joe Dirt” over a trill of piano keys. With features from fellow 1017 brethren Pooh Shiesty and king Guwop himself, Big Grim Reaper is worth a listen.

After maintaining a steady buzz throughout 2019 and 2020, Atlanta rapper Kenny Mason finally seems to be breaking through to the masses. On the 12-track revamped “supercut” of his debut, Angelic Hoodrat, Mason’s unique ear for melody and brooding raps remain both deeply contemplative and a whole lot of fun.

On “Rih,” his playful flow has substantially more bite as he navigates the track’s fluid, galactic ambiance. “I was workin’ on it when I was workin’,” he raps. “Used to tell me I was better off workin’/ Now they tell me I look better in person.”

He is well aware of the buzz behind his name, but his time to breakthrough is now, and he won’t settle for anything less. “If God comin’ tell him come, ’cause I’m sick of waiting,” he mumbles on “Fasho.”

Over the years, legendary producer Zaytoven has taken a keen interest in highlighting artists out of both San Francisco and California’s Bay Area. On his new project, titled Fo15, a play on San Fran’s area code, Zay lends his piano-laden trap production to San Fran’s bubbling new talent. Highlighting rising rappers like Zaybang, Lil Bean, Lil Yee, KxNG LLAMA, and Prezi, the brief 10-track project is meant to help put these talented emcees on the map.

Thru The Door by Trapland Pat

With Trapland Pat’s big golden teeth and wide-eyed stare, it’s easy to be turned off by the South Florida emcee’s unsettling appearance. But a closer look at his music reveals a charismatic street rapper with a soft flow that is both playful and inviting. Thru Da Door features a handful of raps that are clever and at times even silly.

He raps about “going nuts like cashews” and how he’s like the “Mr. Krabs” of drug dealing cause he’s ripping off everyone. On “F**k a Ni**A,” Pat cusses out his opposition over a smooth and honeyed instrumental that thematically doesn’t match up but somehow still works. Overall, Thru Da Door is full of fun twists and turns, and it will be exciting to see where Trapland Pat goes from here.

Bay Area emcee Saweetie returned today with a new 7-track EP that is perfect for what she calls a “Pretty B*tch Summer.” Known for her catchy club-ready tracks, Pretty Summer Playlist: Season 1 is no different, as every song bounces with vigor while Saweetie raps solely about being paid and being gorgeous. It’s a fun and lighthearted EP that should be featured on everyone’s party playlist this weekend.