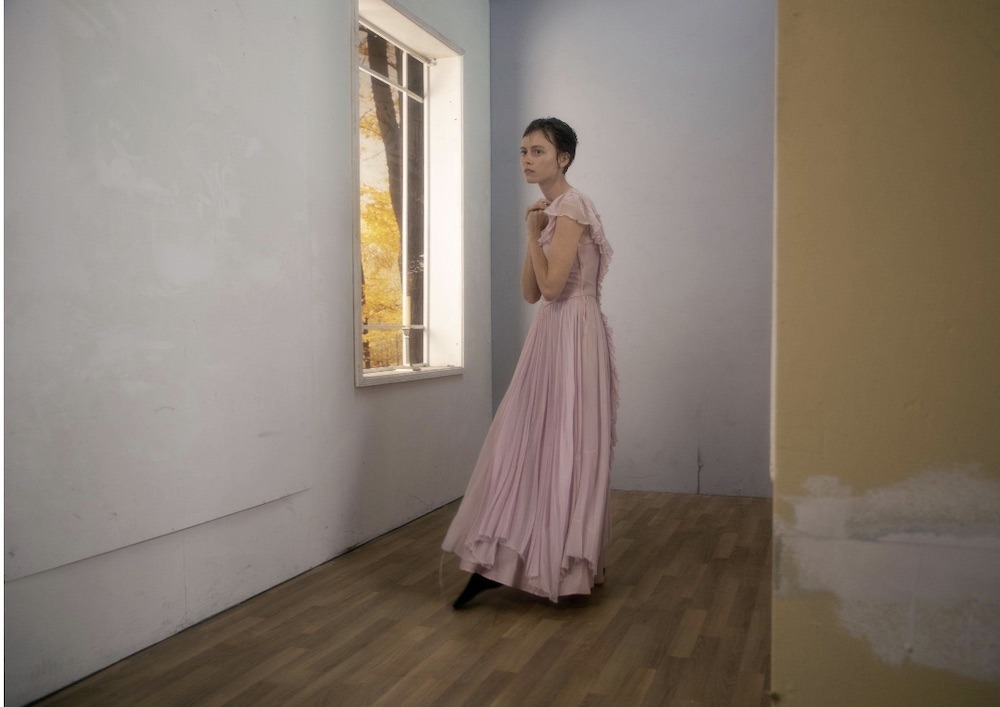 Skullcrusher, the awesomely if misleadingly named project from the singer and songwriter Helen Ballentine, will release the debut album Quiet The Room next month. That title is not misleading; Skullcrusher makes music for very quiet rooms. We’ve already posted the early tracks “Whatever Fits Together,” “They Quiet The Room,” and “Quiet The Room.” Today, Skullcrusher has shared another one.

The new Skullcrusher song “It’s Like A Secret” is a gauzy and pretty acoustic track that’s slathered in so much reverb that it’s halfway to ambient. If you can imagine the exact midpoint between Bedouine and Grouper, “It’s Like A Secret” might sit right there. In a press release, Ballentine says:

Writing this song was when I first felt connected to the album as a whole and really felt it taking shape. I had been trying to put into words a very familiar sensation that seemed completely intangible and inexpressible. It’s sort of a burrowing into myself, which I associate most with being very immersed in a creative project and simultaneously quite disconnected from other people. I think this feeling manifests in many different ways: as a shield or form of protection, a home, a place to hide and feel safe, an outlet for my creativity… but also a very confining and lonely space that further separates me from those around me. The song ended up being about this feeling and more specifically about the process and limitations of trying to communicate it. It feels very special to be able to convey these thoughts in some way

Below, check out director Melanie Kleid’s moody hand-drawn animated video for “It’s Like A Secret.”

Quiet The Room is out 10/14 on Secretly Canadian. Pre-order it here.