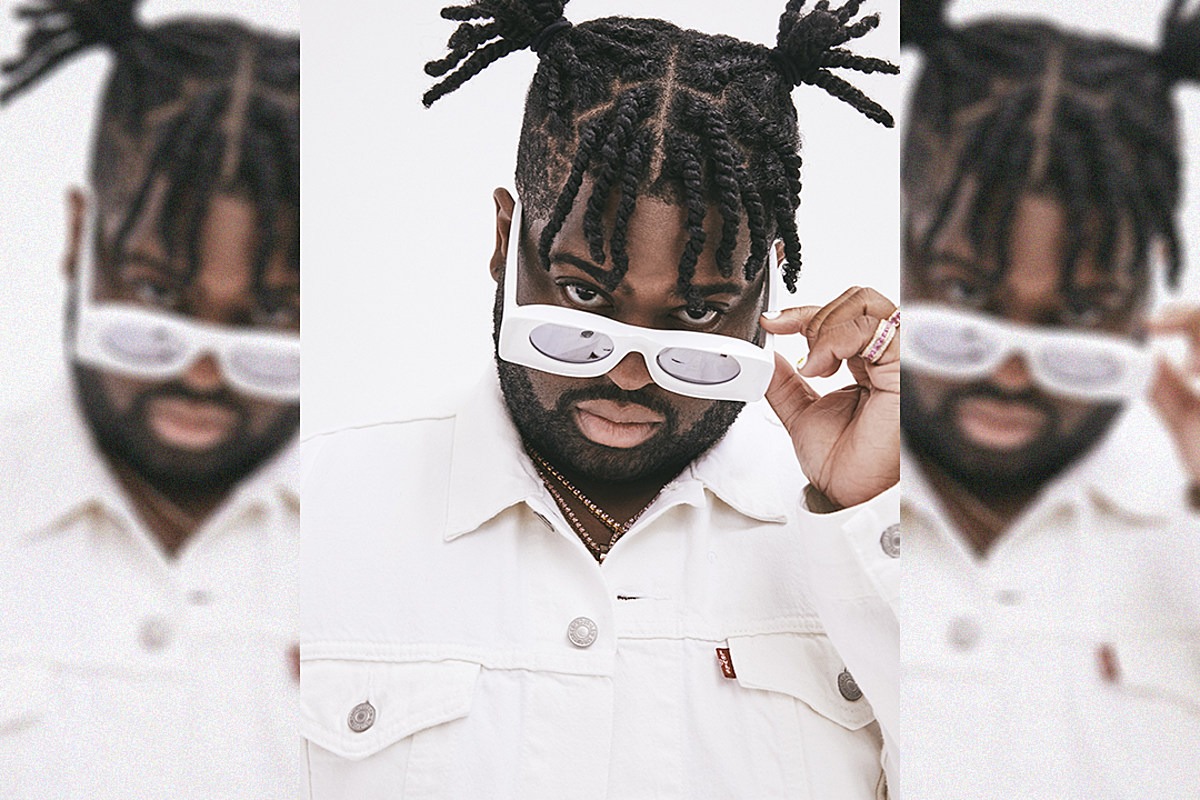 Pink Sweat$ has had a long and winding road to musical stardom as a smooth-as-silk vocalist and songwriter. The West Philly native began singing and songwriting at 16 years old. Sweat$ saw it as a way to make friends in his new suburban surroundings. He couldn’t listen to rap until he was 18 due to his religious upbringing and took a leap of faith and dropped music of his own at age 27. The result is the artist known today. The 30-year-old singer behind platinum and gold hits like “Honesty” and “At My Worst” dropped his debut album, Pink Planet, and the EP Pink Moon nearly a year later. Pink Sweat$ talks to XXL about his journey through R&B, his views on modern hip-hop and Black pop stars in rap.

XXL: When you were allowed to listen to hip-hop at 18, what rappers were you into?

Pink Sweat$: Honestly, it was 50 [Cent]. I just loved 50 for a while, man. Those first two albums was crazy. And Kanye. I had already got the bug there because he was always so different. Kanye’s probably the first artist that my parents wasn’t tripping that I listened to. Once he came out with “Jesus Walks,” it was on Christian radio. 50 was more like, “I wanted to be a gangsta.” It just wasn’t for me. It’s funny that they had that release war. I saw two sides of myself at battle.

You dropped your first single, “Honesty,” in 2018 and it took off. What was that time like?

It felt like the Illuminati. I was scared as hell, for real. I didn’t understand streaming because I wasn’t even streaming. I don’t listen to music like that. It was a foreign idea to me. I’m seeing numbers go up, and then I’m getting emails. I’m starting to think like, How shit like this happen? That was the most fun time. You can never relive your first moments.

What did you take away from the experience of creating your 2021 debut album, Pink Planet?

The album process was the most confusing because I’ve always been used to working on my own time with no interruptions. That was the first time me being in the label system. And, these people give you all this fucking money. Rightfully so, they want to have a say. I’m not sitting there thinking about no hit. I’m thinking about what’s going to hit somebody’s soul when they hear this lyric. No disrespect to Ms. Dua Lipa because she’s amazing, but I’m not going to do no cookie-cutter shit. It allowed me to see the full scope of a label.

You’re selective with the rappers you work with such as Tierra Whack and Wale. What drew you to them?

I work with [Tierra Whack] because we were just close vicinity. We came up together. She stands for something dope where we all tired of this shit. Everybody’s scared to say they tired of hearing gunshots, tired of hearing this wild-ass music. It’s not dope no more to be a criminal. I fuck with Tierra because she’s not on that shit. Wale, same kind of vibe. He’s just an artist. That’s something that we, as a culture, have to make the conscious effort to support. I love Cordae. He needs to be the biggest. We need the imagery. I don’t want my kids listening to rap and then I got to keep telling them it’s just entertainment. When you Black, it’s a survival guide.

Drake, Black pop star. I feel like Lil Wayne was one of the first. He one of the greats. I would say Kanye. 50, I feel he at one point, he crossed over to that level. Everybody loves Snoop. It’s a lot but not enough. Snoop is a unique case. Drake wasn’t talking about killing people. He was just making good-ass songs. You don’t got to be hard. The world don’t respect that, America do. There are certain countries you can’t even go to if you got a record.