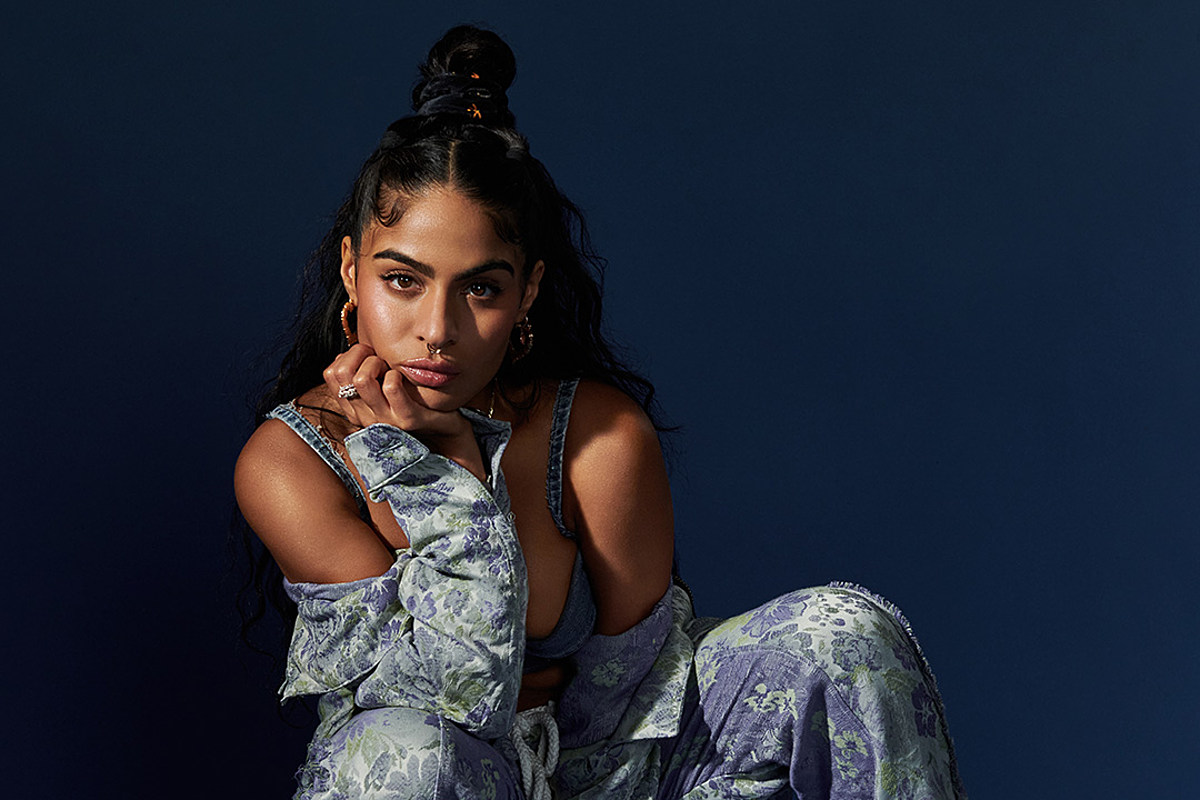 Canadian-born singer-songwriter Jessie Reyez, 31, has built herself into one of the most popular acts out there. Jessie picked up the guitar as a kid and by her early teenage years, the vocalist was writing her own songs. Her career took a turn in high school when she was accepted into The Remix Project, a music program where she would learn from Daniel Dailey, a member of the Canadian R&B group DVSN. Two years later, Jessie dropped her hit song, "Figures," and over the next couple of years, she put out two EPs, Kiddo and Being Human in Public, and her debut album, Before Love Came to Kill Us. Over time, her swirling melodies and relatable themes of heartbreak, personal growth and self-love have earned her millions of fans. Jessie recently wrapped up recording her sophomore album, Yessie, out now, and set some time aside to talk to XXL about her love for Tupac Shakur and Kid Cudi, adjusting to success and being starstruck by Eminem.

XXL: What drew you to music?

Jessie Reyez: When you’re little, you just feel like you’re always looking above you. But when I found music and started performing and giving the family shows, it’s almost like I had grown an extra 5 feet. I think it might’ve been that outside of what music does, how it can alter your mood and bring a room to life that was dead before.

When were you first introduced to hip-hop?

I was at a community center with one of my friends, I might've been like 8 or 9. "Biggie, Biggie, Biggie, can’t you see…" I thought it was sick! My cousin Andrew was like, "Oh, you like this?" So, then he started playing me Dr. Dre and Snoop Dogg, and he started putting me on these records that I had no business listening to that young. I had no idea what I was saying, but the shit fuckin' slapped. Then ’Pac, oh my God. Every song won’t translate to poetry, but ’Pac's could.

Who were your favorite rappers back then?

A lot of ’Pac, "Changes," "Dear Mama," "Thugz Mansion," especially because of the guitar element. But after that, a lot of Cudi. Especially when I was going through my shit. Cudi was a weirdo like me. It felt like I had a homie. When I was a bottle service girl on Richmond in Toronto, it was just finish at 2 a.m., count tips upstairs, then dress up like a dude to be able to walk to my aunt’s house and not get harassed. Every time, I just remember throwing on my headphones and putting on some Cudi.

You dropped "Figures" in 2017. It was your first big hit. What was that moment like?

It was like the floodgates finally opened. There was times where I was doing three sessions a day. I was running off of Jameson and Monster Energy drinks. It was just incredible. It was kinda hard. No one equips you when everybody who was hating [are] all of a sudden No. 1 fans. My dad was like, "You want people to call you when you’re failing? People are gonna call you and come around when you’re winning." That’s human nature. My mom said the same thing. It really made a difference when I finally took in what they said.

How did you end up collaborating with Eminem for the songs "Good Guy" and "Nice Guy" in 2018?

He said he saw me on a late-night show singing "Gatekeeper." Then, his daughter had brought me up, like a month after. I remember praying before that session. Sometimes I get lucky [with] spirit and inspiration. I been blessed to be in rooms with like, fuckin' legends. I usually keep my cool. Only two times in my life have I lost it. Em was one of them.

On the deluxe edition of Before Love Came to Kill Us, you remixed two previous songs, "Far Away II" with JID and A Boogie Wit Da Hoodie, and “Ankles” with Melii and Rico Nasty. What drew you to these rappers?

Melii, I love her flow. I love her tone. Rico, anybody has an affinity to go against the grain I resonate with. JID's fuckin' wordplay and JID's tone, he can go in. A Boogie, it's the vibe, the ability to flow with so much melody. I love that. I think that’s so sick.

How do you think hip-hop has affected your creative process?

I think just that air of rebellion it's been the core of hip-hop, and I feel like that's also influenced me. It’s just the aggressiveness. The embrace of raw emotion. It’s just home. It made me feel comfortable in a space where I can let that fuckin' raw emotion out. I can do all those things and also be in the presence of people who do those things.