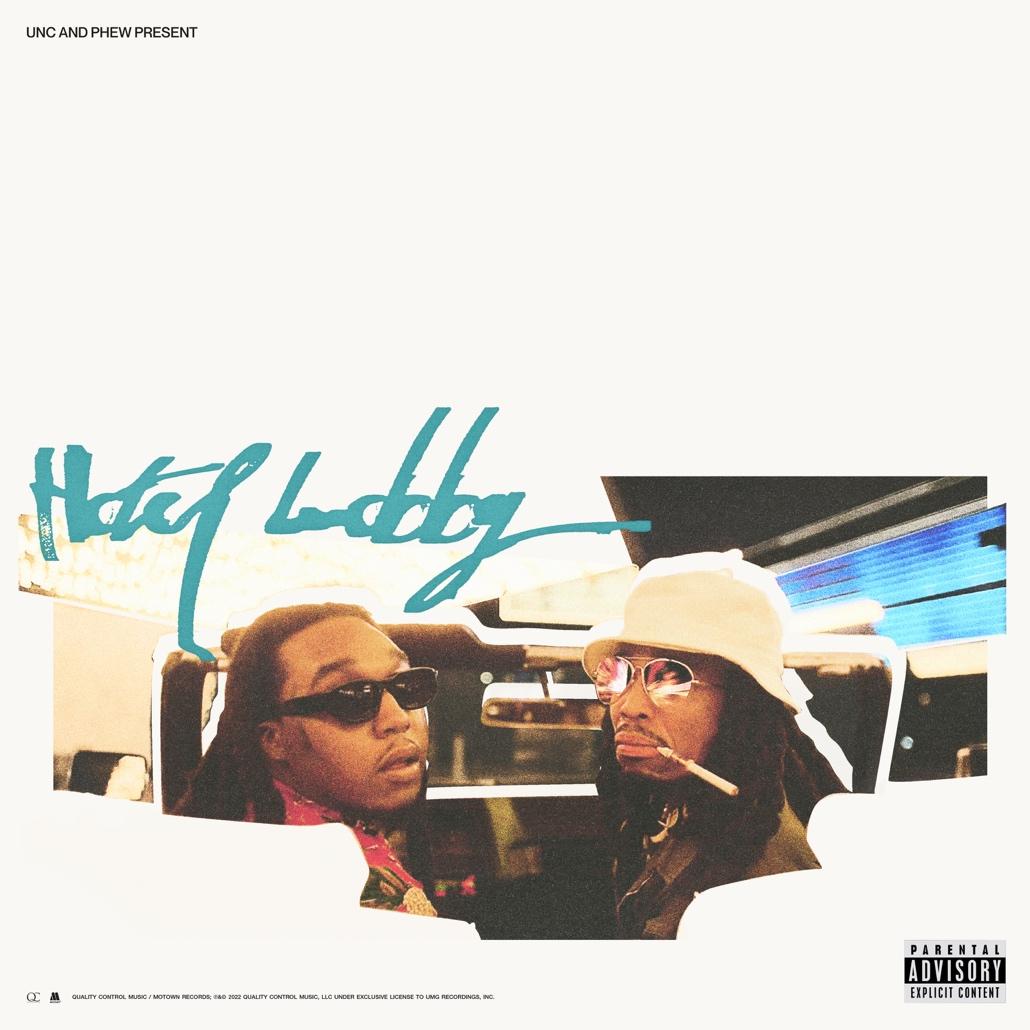 I guess we’re about to see how Migos function as a two-man operation. Offset (and his wife Cardi B) have unfollowed Quavo and Takeoff on social media, and the latter two just released a single together, albeit not under the Migos name.

Quavo is Takeoff’s uncle, so some of the promotion surrounding their new track “Hotel Lobby” has referred to them as Unc & Phew, but the song is officially credited to Quavo & Takeoff while still incorporating the Unc & Phew branding into the cover art. The song finds them busting out their signature triplet flows over a slow-creeping trap beat by Keanu Beats, Fabio Aguillarr, and Murda Beatz. Basically it sounds like a more ominous, Eastern-tinged “Bad And Boujee,” which I’m not complaining about.

“Hotel Lobby” arrives with a video by Keemotion and Quavo that pays homage to Fear And Loathing In Las Vegas. Watch below.