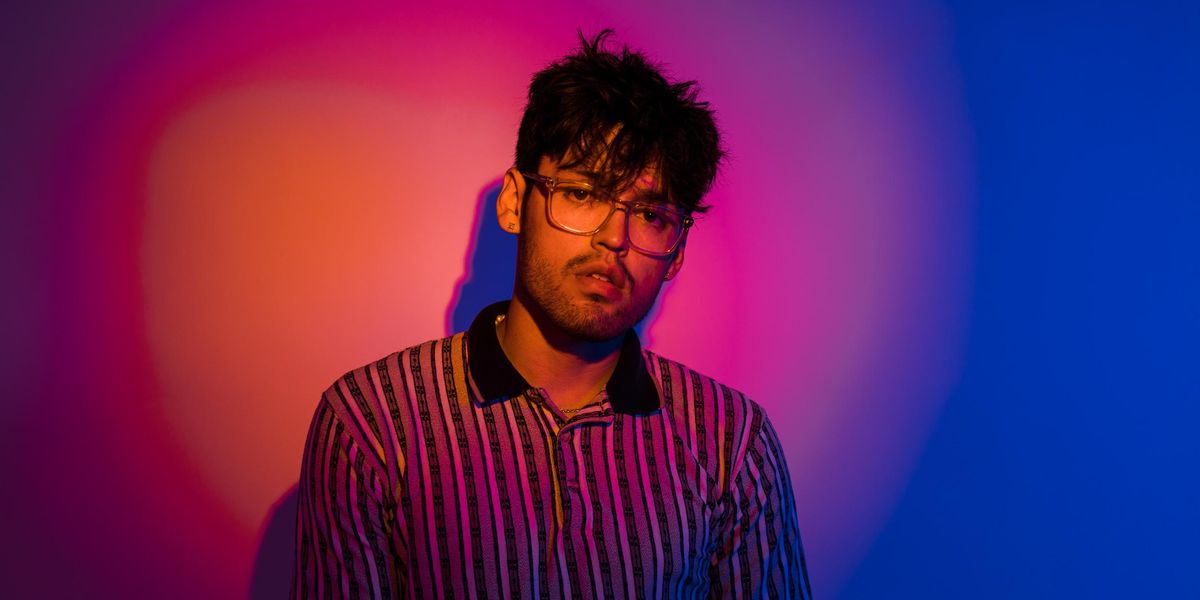 Not long ago, PmBata (Parker Bata) was a college student at the University of Central Missouri. The son of a high school band instructor, he planned to pursue a career in music technology. However, the success of singles like "Down for Real" and "Nobody Came to My Party" proved that he was ready for bigger things.

This past week, the 21-year-old dropped a remix to "i hate her boyfriend's face" with Mike Posner. The original, released last month, quickly became a TikTok favorite and surpassed two million streams. Posner's voice adds a fresh element to an already catchy (and relatable) track.

We talked to PmBata about his quick ascension in the pop music world and making the transition from Kansas City to Los Angeles.

How did the Mike Posner remix come together? Did you know each other before?
Mike found me on TikTok actually from my video. He reached out and that's how we met!

Have you tried the Wim Hof Method?
No, but I asked, and Mike said he would teach me.

Is “I hate her boyfriend’s face” about real people?
Yes and no. It’s about my real struggles with self love. And I guess you could say, it’s about all of my past relationships combined.

Your dad is a high school band instructor. Did he encourage you to become a professional musician?
He sort of discouraged me from being an artist at first but then he came around. I think he was worried, because it’s such a risky industry. He just needed to see my dedication to it.

Why did you choose trumpet, and why do you still play?
I didn’t really have a choice. My parents chose the instrument for me before I went to middle school. They said, “You look like a trumpet player." Eventually, I learned to love it because I saw how it could make my music sound more unique.

How did you get to this point? How long did it take to start getting attention?
I’ve been releasing music since I was 12. It didn't really start to take off until summer 2020. That’s when Live2, a production/marketing company, found me on TikTok and I began to really utilize the platform.

What was it like to move to LA? Is it what you expected?
Moving to LA was stressful in the best way. I drove 26 hours across the country. I had never moved out of state before that. I truly never knew what I expected moving out here–I just needed to. But, there is always something to do whether it’s making music or memories.

What do you miss most about Kansas City (besides barbecue)?
My family and friends. And Winstead’s, which is a diner near The Plaza.

What’s your favorite food in LA?
Diva’s Tacos Truck because they are open till 3 a.m. My go-to.

You don’t consider yourself a college dropout. You said you’re taking a break. Do you intend on finishing your degree?
Yes, even though my Mom doesn’t believe it. Haha.

Now that this remix is out, what’s next?
Looking to drop the next single. Hopefully a project by the end of the year. Also, I am planning on doing some more live shows soon.