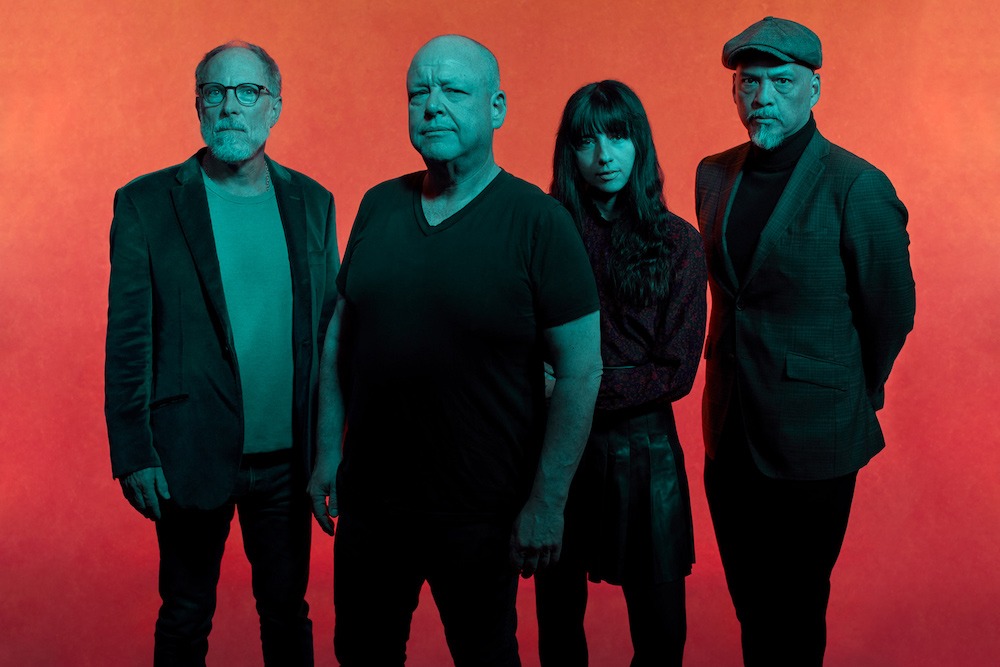 Pixies are releasing a new album, Doggerel, at the end of the month. They’ve shared “There’s A Moon On” and “Vault Of Heaven” from it so far, and today they’re back with another single, “Dregs Of The Wine.” It’s the band’s first song to boast a songwriting credit from guitarist Joey Santiago.

“I guess I was in kind of a zombie state, just playing,” he said in a statement. “After I stopped playing I put it down and went, ‘Well, that was a fucking waste of time, what a piece of shit I am.’ I beat myself up a lot, but my girlfriend, unbeknownst to me, was recording me. She played it back to me and I go, ‘Fuck! Hold on a second here! This stuff is good!’”

Black Francis had this to add about the song’s meaning: “Living in Los Angeles in the ‘90s with my then-wife, hanging out with Joey and his ex-wife, lots of trips to Las Vegas, a lot of drinking, little bit drug taking, some genuine good times.”