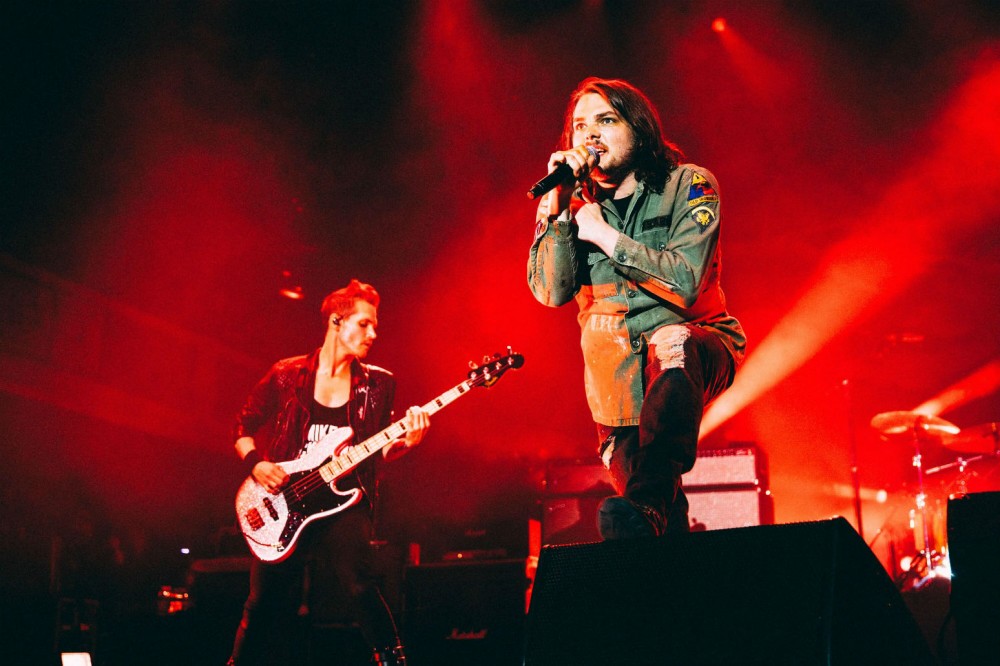 Black Paraders, Killjoys, and everyone else who couldn't make it to Los Angeles in December, rejoice: My Chemical Romance is touring its home turf.

On Wednesday morning (Jan. 29), the rejuvenated rock band announced 18 tour dates across the U.S. and Canada for Sept. and Oct. 2020. The trek begins Sept. 9 in Detroit and wraps Oct. 11 in Las Vegas. It's primarily an arena tour with a trio of festivals peppered in: Chicago's Riot Fest, Atlanta's Music Midtown, and Sacramento, Cali.'s Aftershock.

In between, they'll play a true hometown show, hitting the Prudential Center in Newark, N.J., the city where My Chem formed back in 2001.

Tickets for the tour — a joint effort between Live Nation and AEG — go on sale Friday (Jan. 31) on the band's official website.

Will the reunion bring new music, too? The band is yet reveal anything on that topic, so fans will have to continue wondering. Their last studio album was 2010's Danger Days: The True Lives of the Fabulous Killjoys and their last U.S. tour came a year later.

The band also shared a new tour announcement video. Find it below, followed by the North American dates.