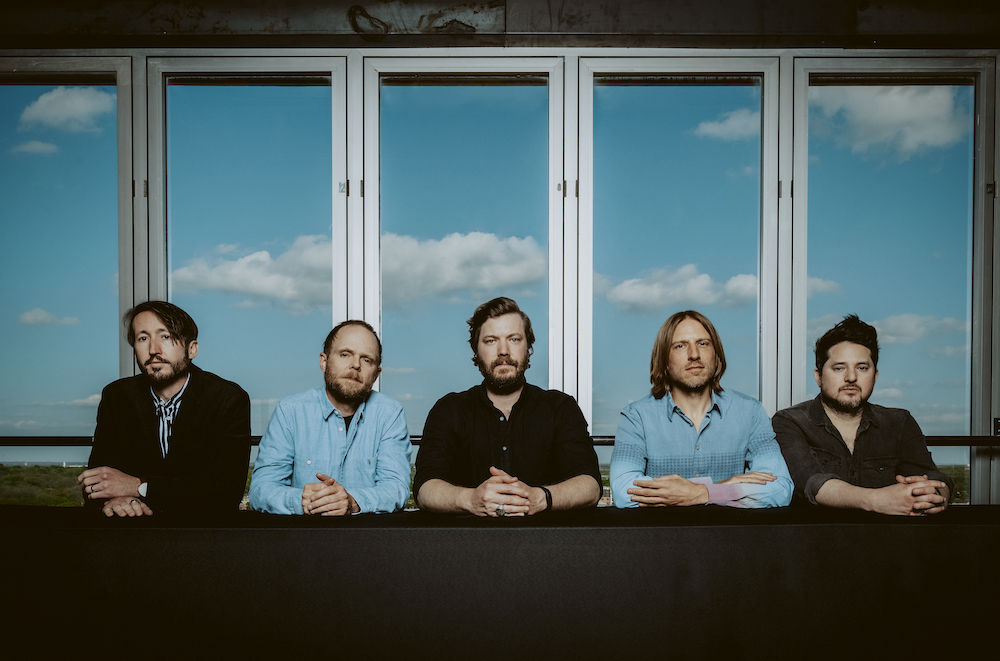 In a couple of weeks, Midlake plan to release their first album since 2013’s Antiphon, FOR THE SAKE OF BETHEL WOODS. So far, we’ve heard lead single “Meanwhile…” and follow-up track “Bethel Woods.” Now, the band has released “Noble,” named for drummer McKenzie Smith’s infant son who was born with a rare brain disorder. (Anyone who would like to donate to support Noble can do so here.)

Noble was born with a rare brain disease. When he was born, they were told the life expectancy of most children with his disease was between six months to two years. The heavy nature of Noble’s condition and the new reality for my friend and bandmate McKenzie (and his wife and daughter) wasn’t something we took lightly. We were really excited to create this song for him and for Noble to not only acknowledge the struggle but also celebrate this amazing and beautiful boy. The wonderful news is that more than two years later, Noble is still here with us! He has beaten so many odds already and continues to amaze and prove to us how incredibly strong he is. His life is extremely challenging on many levels, so every day we have with him is a precious gift.

Listen to “Noble” below.

FOR THE SAKE OF BETHEL WOODS is out 3/18 via ATO. Pre-order it here.