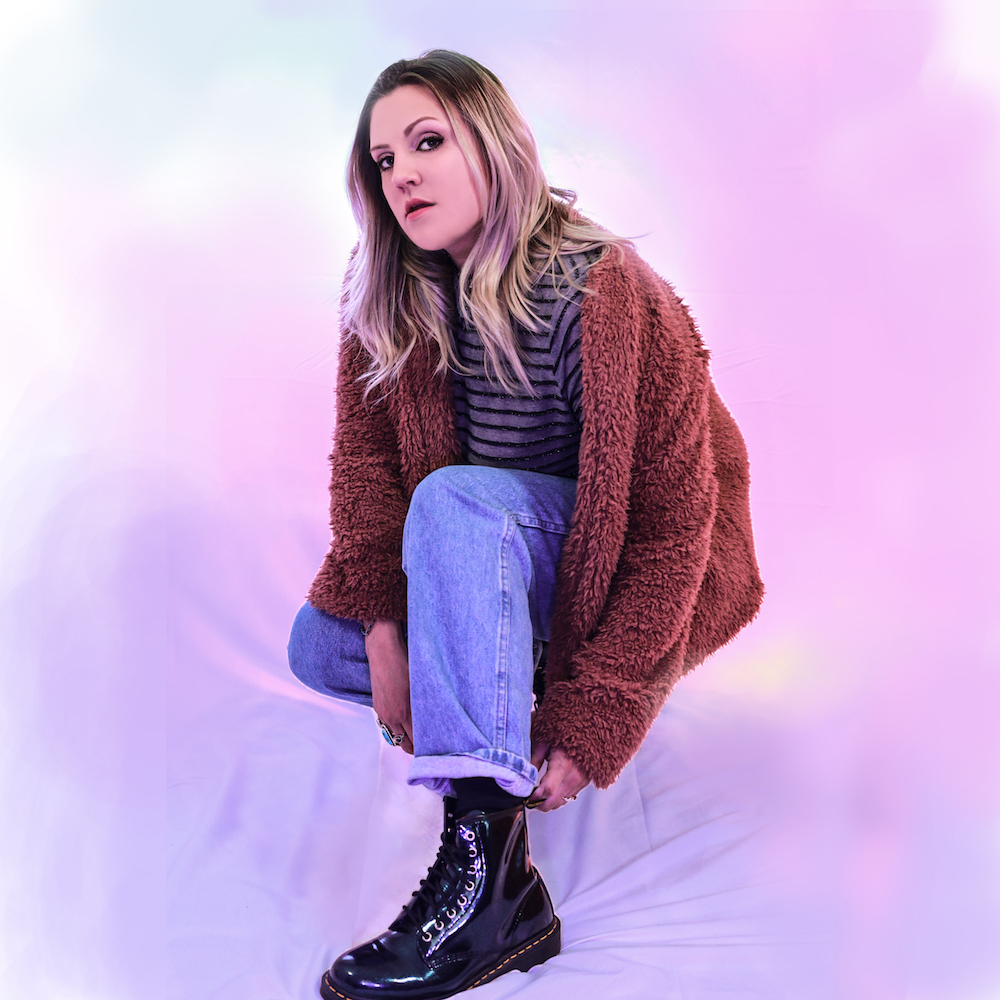 Welcome to Groovy Tracks! When did you start making music and how did it all start for you?

I started writing music in middle school when my parents divorced. They put me into therapy and I was not about it so I decided to start writing in my diary instead and it slowly turned into songwriting after I picked up the guitar and piano in High School. It’s been my lifeline. So, you can say I’ve been doing it forever! After High School, I got into it a little more seriously, attending University of Colorado for Music Production where I learned how to produce and mix. It wasn’t until after college that I started gigging more locally and releasing music.

Your new EP My Dark Place incorporates rap and pop in an original and seamless way, what made you imagine such a combination? How did your sound evolve throughout the years?

I’ve always been obsessed with the energy from big EDM drops and the fast paced lyrics and intricacies of rap and poetry. I grew up writing all genres so combining them to me felt pretty natural. My mom had me listen to Motown and funk when I was growing up and then when I went to my Dad’s it was Rock and Bluegrass, so, I really grew up around it all!

Are you currently working on new projects?

I am working on SO much new music right now it’s not even funny. I’m releasing a Stripped version of the EP this week actually, and the stripped album is more the sound I’m going to be focusing on going forward with 8-10 songs in the works.

Are you more of a performer or a recording artist? Or both?

I started as a performer, but now am solely a recording artist thanks to covid! I have been playing locally for over 5 years and LOVE performing so my next goal is to get a live set together with the Stripped versions to play out live.

What is the first thing you notice when listening to a new song?

Honestly, the lyrics. The beat can’t be lame ya know or else it just doesn’t hold itself but I’m a sucker for lyrics. I love lyrics and words that aren’t typically used, like , cyanide, etc. My album was really focusing on how to expand those lyrics a bit more.

Who is your biggest inspiration in music?

My biggest inspiration is Call Me Karizma. He’s an independent musician that has been able to create such a fanbase for himself from scratch. He had some help from a label during his first days but has recently become fully independent, including all video production, promo, everything! That’s how I work, so I really look up to him.

Besides music, what are some of your favorite activities or hobbies?

I’m a HUGE snowboarder and hiker. I grew up in Colorado so I got put on skis when I was two and the rest is history. If I weren’t doing music, I’d probably just be a ski bum…

What’s your favorite song from My Dark Place and why?

My favorite song has always been All Noise. I was ugly crying when I wrote it and there’s something so pure about the energy behind the lyrics. I also wanted to form chaos at the end to really shape the meaning of the song which is about quieting the ‘noise’ in your head. The song ends with an analog synthesizer that picks up LFO speed to replicate noise at the end. It’s pretty powerful.

Which song would you suggest new fans to start with from your own repertoire?

I really would start with All Noise. The fast-paced rap-like vocals tell a beautiful mental health story paired with unique electronic elements and acoustic instruments. My main goal is to break the genre boundaries between Pop, Folk, and Rap.