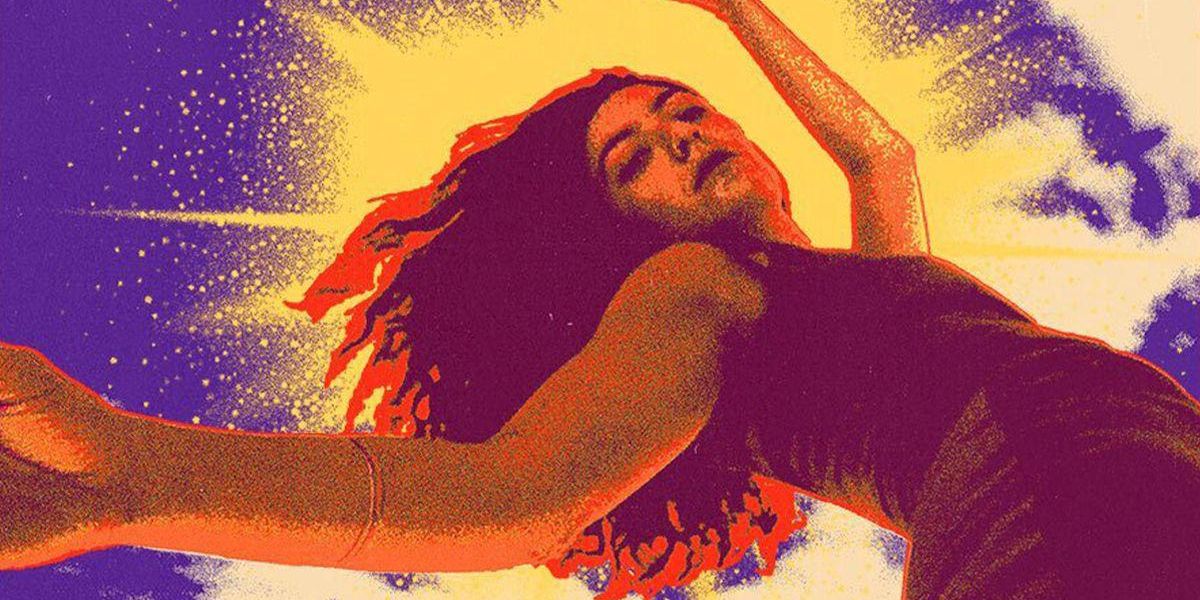 Lorde's decision to move away from her moody, neon-drenched sounds of old and into a more buoyant, sunny frame of mind has proven divisive.

Her album Solar Power has received mixed reviews, with some fans missing the gnarly emotional impact of her previous masterpiece, Melodrama.

But there's a subtle kind of magic on Solar Power, similar in its potency to Melodrama but of a different breed. Melodrama had a way of diving into the deep emotional core of human experience — love, terror, horror, high drama.

Instead of re-entering that core and attempting to draw more blood from her heart, on Solar Power Lorde chooses to float around the edges of experience, admiring life from a distance, as if staring down from the sun. She dances in spaces of silence and reflection. She remembers the heat of the past but makes the conscious decision to turn her face away, towards more wide-open vistas.

Like the reusable energy source that the album's title evokes, Solar Power shirks overconsumption and overproduction, instead favoring a more natural and humble way of being. In that, it subtly evokes a world where we've prevented the worst effects of climate change. (Maybe it's reaching to connect the album to climate change, but it's hard to ignore the immediate associations triggered by its title, and it's hard not to imagine that Lorde has something to say about climate change because of that).

Or maybe she's just a woman coming to terms with adulthood and age. At 24, it might seem premature for Lorde to proclaim that she's renouncing her former wildness, as she does on the track "Stoned at the Nail Salon," a somewhat depressing tune about accepting domesticity. But Lorde has always been a million light years ahead of her peers. At 16, she was a millionaire, a kid from New Zealand experiencing a once-in-a-generation kind of meteoric rise to superstardom.

Nine years after the release of Royals, with world tours and Kanye West collaborations under her belt, Lorde seems to be ready to renounce the carousel of fame, letting go of the endless flash of epic dreams. On "Secrets from a Girl (Who's Seen It All)," which finds her having two drinks and leaving the party early, Lorde reflects on the textures of her past, recalling the electricity of being 15, desperate to be desired. Ten years later, she's let go of the need to gain approval from others.

On "Solar Power," Lorde is all about self-actualization, facing her demons, giving herself love. "You can stay as long as you need to get familiar with the feeling," she says at the end of the track. "I'll be waiting outside."

That approach — feeling your feelings totally, then releasing them — is common in self-help practices. (In the book Letting Go by David Hawkins, which feels like it just may have inspired the album, the author writes, "If you let go of trying to control your experience of the moment, and if you constantly surrender it like a tone of music, then you live on the crest of this exact always-ness. Experience arises like a note of music. The minute you hear a note, it's already passing away. The instant you've heard it, it's already dissolving. So every single moment is dissolving as it arises. Let go of anticipating the net moment… Let go trying to control what you think is about to occur. Then you live in an infinite space of non-time and non-event. There is an infinite peace beyond description. And you are home.")

For Lorde, her process of letting go takes the form of radiant acid folk songs full of airy harmonies and acoustic guitar. These songs aren't outwardly bombastic; there are no massive beats, no epic high notes. Instead everything sounds vaguely muted, washed in a sheen of summer sunlight and ocean salt.

"Fallen Fruit" is a peculiar song about dancing on — you guessed it — fallen fruit that seems to symbolize fallen dreams, but in the Solar Power universe, there's something generative about the fallen fruit, something fertile in the image of rot squelching underfoot.

In a way, Solar Power's messaging isn't all that different from the anti-consumerist rhetoric that made her so famous on Royals. She's advocating against consumption and against endless longing for change that provokes so much of our obsession with buying things and numbing our senses through perpetual stimulation.

In interviews about Solar Power, Lorde often speaks about how she quit social media and spent time wandering the islands and beaches of her native New Zealand. You can hear that stillness in each of the songs, which chronicle a growing acceptance of herself and her relationships.

"I guess I'll always be this way, swallowed up by words, and halfway to space," she sings on "The Man With the Axe," a remarkably beautiful quasi-love song that finds Lorde reflecting on a long-lasting partnership with a man who matches her airy spaciness with plans and solidity. There's no burning passion to be found here, just an ongoing balance between two people growing together.

At the same time, she's judgmental of people who are constantly seeking change and improvement, gently criticizing someone who's constantly changing their life on "Dominoes" and critiquing the wellness industry on the whole on "Mood Ring."

On "Leader of a New Regime," the one somewhat political track on the album, she calls for a paradigm shift with the dreamy, hazy vagueness that defined the 1960s' Summer of Love. She's certainly looking for peace and love, manifesting new possibilities without much of a concrete plan to get there.

But Solar Power isn't about a plan. If anything it's about not having a plan — unless the plan is being right where you are, casting good vibes out into the galaxy, taking the bitter with the sweet. That's not as satisfying as the desperate rage and ecstasy that defined Lorde's earlier music, which is perhaps why it's turned off some fans. But here Lorde's not trying to satisfy anyone at all.

In a sense, Solar Power is an act of rebellion — against an industry that demands perpetual hitmaking and, in a larger sense, against a world built on fight-to-the-death consumerism. The album's title, which evokes images of solar panels and a green future, seems to hint at a world where we've actually beat the climate crisis, where we've slowed down our endless need to consume and take and take, where we use the resources provided to us by the Earth and where we take only what we need and give what we can.

In that sense, maybe all of Solar Power is quietly political, even radical — in the same way that all those 60's acid-fueled peace and love songs were, dreaming of a world without war.

Solar Power dreams of a world less defined by consumption and less driven by an incessant need for change and distraction. Since capitalism is driving the climate crisis (why do you think we're still using oil?), perhaps it's not too much of a reach to argue that Solar Power is kind of a climate album. It imagines a world where people are satisfied with their own minds and where the ocean and the sun are friendly containers of joy, not violent drivers of natural disasters.

Nowhere is this clearer than on the low-key mystical "Oceanic Feeling." "Grateful for this offering / All the living things under the sun," Lorde sings as fluorescent guitar bubbles underneath her voice and a synth glitters like sun refracted on ocean waves. She goes on to comfort her brother, promising, "All things will reveal themselves in time," as she watches him kickflip into the sea. She thinks of her father, then her future daughter. Time collapses, and suddenly there's all the time in the world.

"I can make anything real," she promises later in the song, hinting at her own powers of manifestation, which is essentially a practice that proposes that our exterior realities are created and influenced by our interior worlds.

Here, her inner world is enough; she needs no crystals to access her power, no cherry lipstick to aid her on her journey towards enlightenment. Instead, she's ready to "join the choir," as she concludes at the end of the song, perhaps hinting at the kind of shift from individualism to collectivism that will be required to tackle the climate crisis and all the crises that intersect with it. Or perhaps it's just about one woman's journey to self-acceptance. Regardless, even after all these years, Lorde will never be royal, but she fucking rules.