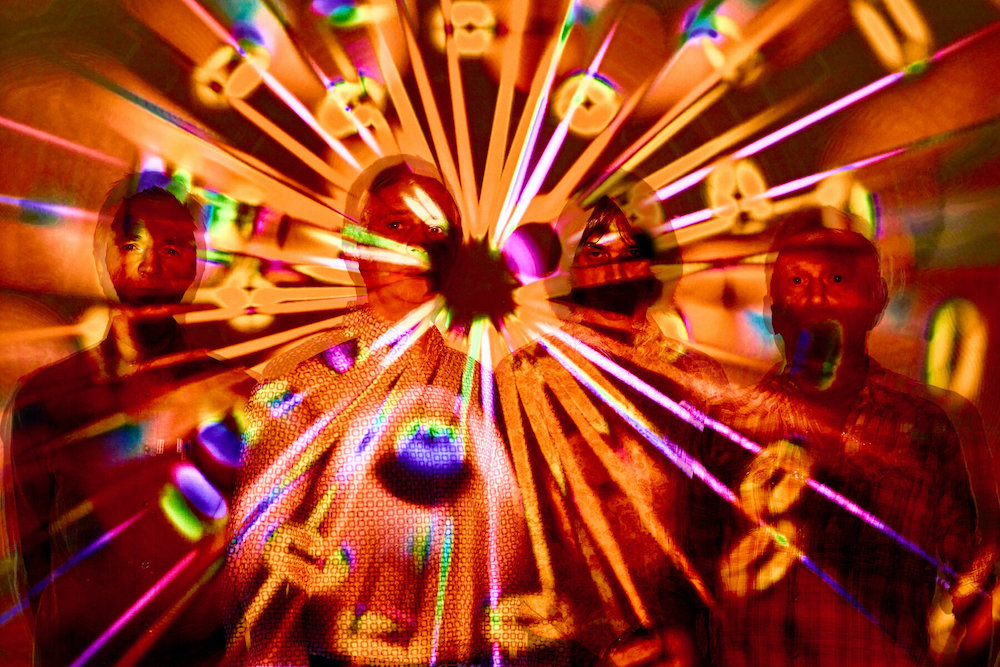 Robert Hampson formed the spiral-eyed London rock band Loop in the mid-’80s, and the band lived a chaotic life for a few years. Hampson was the only permanent member of Loop, whose furiously fuzzed-out chug drew on space-rock and krautrock. Loop released three albums before breaking up in 1991. Years later, Hampson put together a new version of Loop, and they released their Array 1 EP in 2015. Last year, Loop announced the impending release of Sonancy, their first full album since 1990’s A Gilded Eternity, and they shared the early single “Halo.” Today, with the release of the new album looming, Loop have shared another track.

Loop’s new single “Fermion” is another bleary, surly trudge through the astral plane. The band leans in hard on a buzzing scuzzed-out riff. The drums sound fully mechanized, and the bass and guitar are fully locked-in with each other, both more concerned about rhythm than melody. Loop and Spacemen 3 were contemporaries, and there’s a lot of Spacemen 3 in “Fermion,” but it’s meaner and less concerned with beauty than most of that band’s songs. Check it out below.

Sonancy is out 3/11 on Cooking Vinyl.