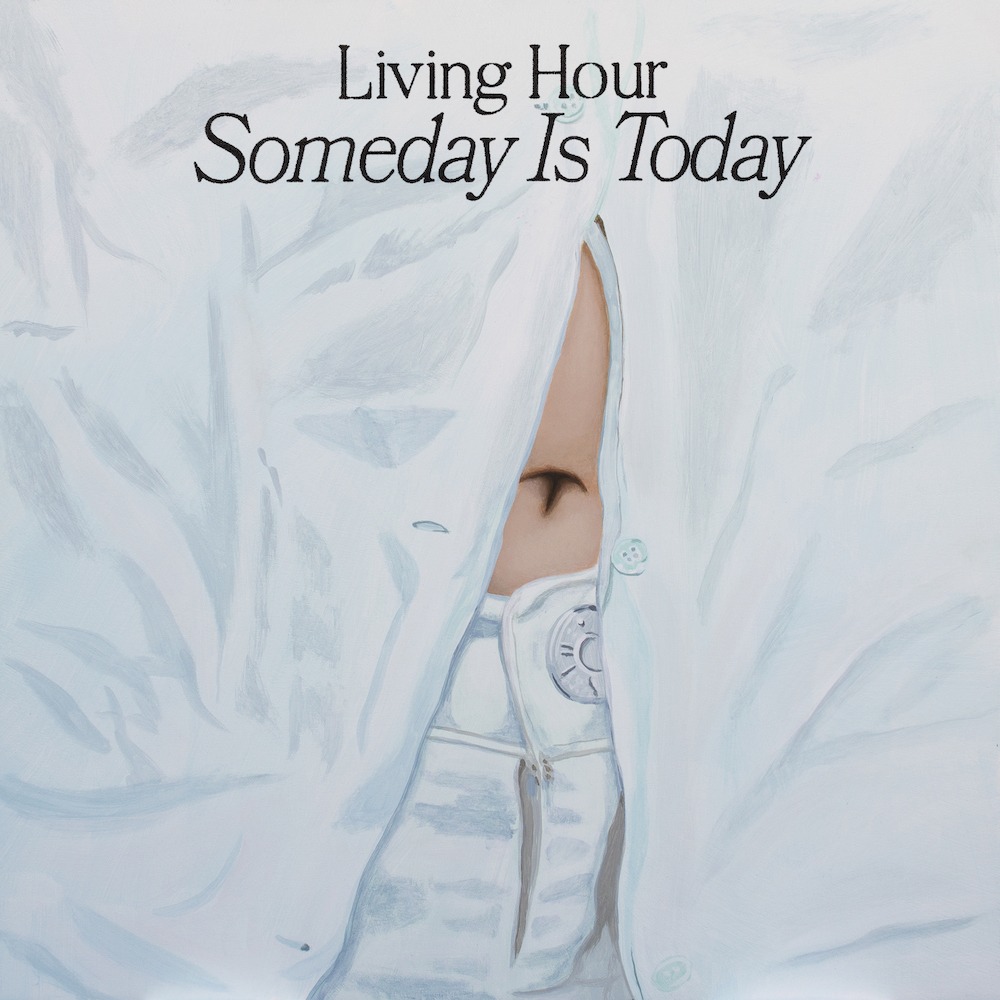 Winnipeg’s Living Hour are releasing their new album, Someday Is Today, on Friday. It’s co-produced by Jay Som’s Melina Duterte and they’ve already shared a few tracks in the lead-up: “Feelings Meeting,” “No Body,” and “Miss Miss Miss.” Now, Living Hour are back with one more pre-release single — it’s a contemplative ballad called “Middle Name,” which also has a music video.

“‘Middle Name’ is about getting stuck with yourself forever, like an assigned middle name or DNA,” lead singer Sam Sarty elaborates. “Some of it’s already built in, but mostly you’ll be walking around as you, doing dishes, meeting people, untangling what it means, being busy being busy.”

Originally a voice memo called “Jane’s Chicken Nuggets” with three fast kitchen chords and a big stream of consciousness read out loud, “Middle Name” reshaped into a song that added parts about leaving a hated birthday party, walking home and the feeling of pretzeling yourself small, creating a diet version of yourself to fit into someone else’s life, house and situation.

“Middle Name” is about the false idea that you find clarity about yourself through making someone else happier – but truth is not there and the feeling is sharp and feels good deep down, cause it’s growing pain! It’s learning! And the connection to self only gets Bigger, Stronger, Smiling. That pesky middle name, that pesky always-togetherness with You, something to laugh about, something to rest in, something to remember and move around in like a sweater. You, always it’s you!

Someday Is Today is out 9/2 via Kanine.