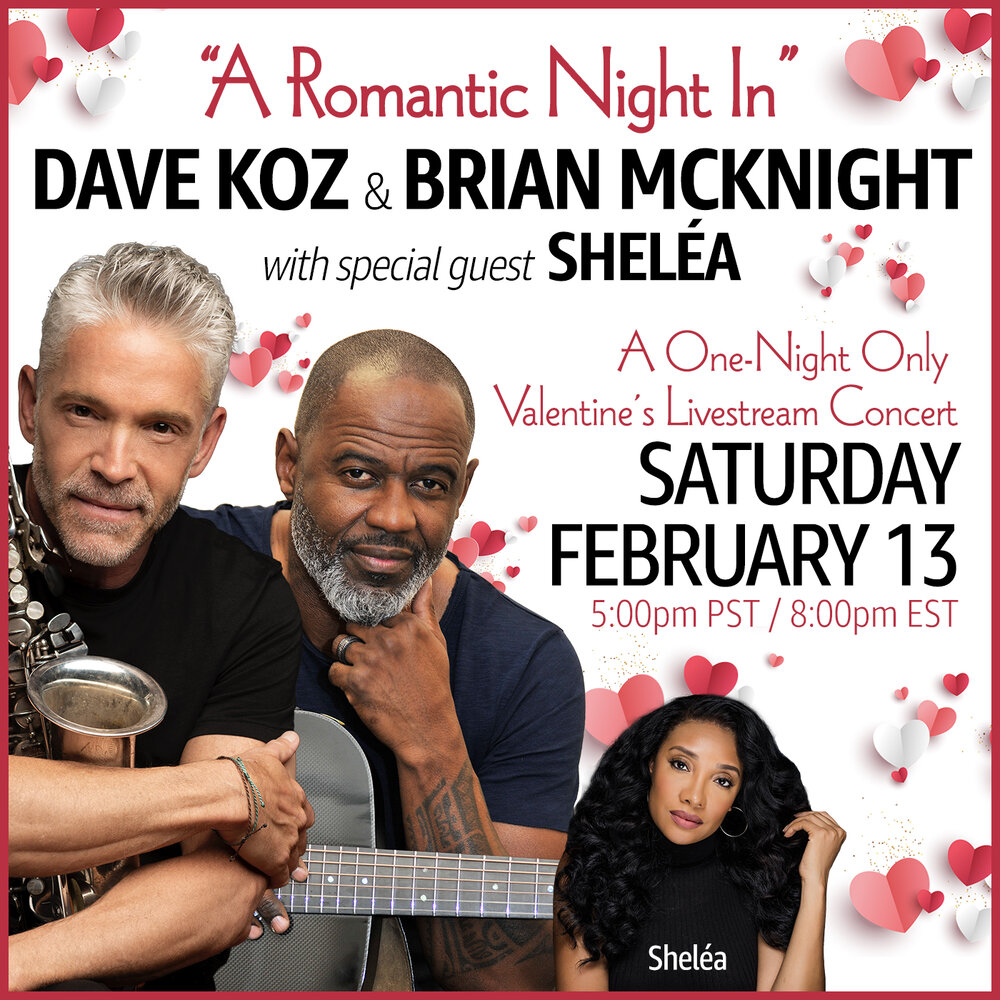 Koz and McKnight started the show off followed by Koz’s set where he performed a medley of his hits and including our favorites “Honey Dipped” accompanied with his guitarist.  Koz followed with his romantic super smash hit, and theme song from ABC TV’s long running soap opera “General Hospital” “Faces Of the Heart.” From his latest album titled “A New Day” Koz and McKnight along with the band rocked the house with “Summertime In New York City.” It was the ultimate jam session with Koz at full command of his tenor saxophone, matched with McKnight’s vocals and the  smokin hot band.  It was just an exhilarating set.

McKnight took us down memory lane with his repertoire of  hits including “Back At One” and performed his latest single “Nobody” which he dedicated to his wife Leilani. “Of all the songs I’ve ever written and performed, there has never been a subject for the songs until I met my wife.”  He shared a story of how the song came to be, “watching my wife blow dry her hair, is when I wrote the greatest song I’ve ever written.” McKnight gave a fantastic set, performing exquisitely at the piano delivering his signature vocals that were smooth and mellow, just perfect for a Valentine celebration.

Discovered by Quincy Jones, the extremely talented vocalist Shelea handed in a fine performance with her cover of the song made famous by the late great Natalie Cole “This Will Be.” After this song, Koz revealed that Shelea was a newlywed, and that song was dedicated to her Valentine love, her husband.  Koz also made mention of the rock on her finger giving kuddos to her husband for a job well done.  In addition to her powerhouse vocal prowess, Shelea is an accomplished musician, songwriter, producer and actress.

The night wrapped with Koz and company mesmerizing  rendition of Michael Jackson’s ” I’ll Be There.” This was a phenomenal Valentine’s Eve concert for all the lover’s in the house.
Check out Dave Koz single “A New Day” HERE and “Summertime In NYC“ BELOW.