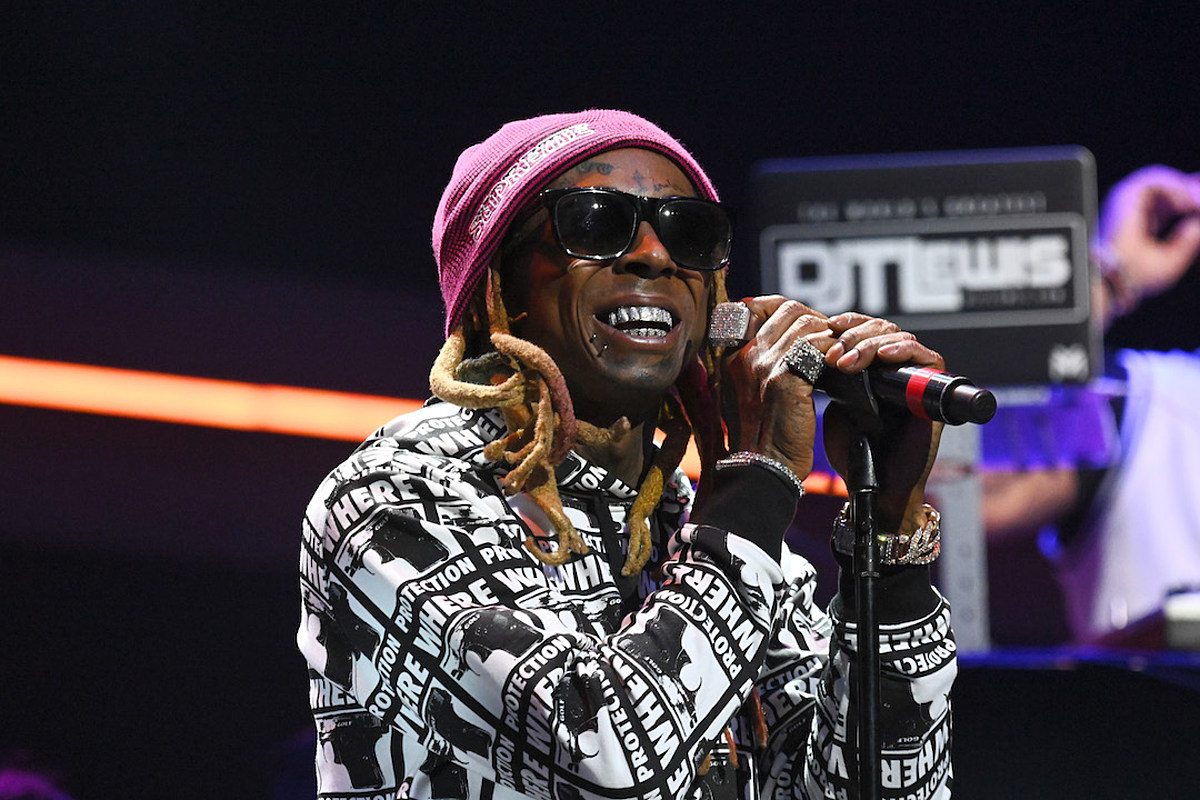 Lil Wayne is offering some new music just in time for the Thanksgiving holiday.

On Wednesday (Nov. 25), Weezy revealed that he'll be releasing his No Ceilings 3 mixtape "soon." As first reported by Complex, the effort will arrive on Friday (Nov. 27). The New Orleans-bred rapper retweeted an announcement of the news on his Twitter page originally posted by DJ Khaled, who is hosting the tape.

"Lil Wayne NO CEILINGS 3 . @LilTunechi THEY TRIED PUT A CELING ON OUR GREATNESS SO WE TOOK THE CEILING OFF ANOTHER ONE @mackmaine Soon with http://noceilings3.com powered by @DatPiff @Worldstar," Khalid wrote. The tweet also featured a gif of the mixtape's cover artwork.

Meanwhile, in a video uploaded on DatPiff's official YouTube page, DJ Khaled shares exclusive details regarding what should be expected from the tape. Namely, a feature with Drake.

"Ayo, check this out. No Ceilings 3. That's right, No Ceilings 3. Shout out to Lil Wayne. They always try to put a ceiling on our greatness, so we took the fuckin' ceiling off. Drop that," Khaled says before instructing someone who appears to be an engineer to play the Drizzy collab.

"The blues is now kickin' and dinner is three Michelin/I don't eat red meat, but I still got beef sizzling/Know that I need discipline/I keep singing for all these hoes/They keep listening," the October's Very Own rhymer flows on the track.

Khaled then plays a Lil Wayne remix to Lil Baby and 42 Dugg's joint effort "We Paid."

"First she straight, now the bitch bi-curious/Booty out the A, but her face from Honduras/Pull up to them gates, now I'm livin' luxurious/I fuck her, then I tell her lost like a tourist," Weezy raps.

Wayne's No Ceilings 2 dropped back in 2015 and the initial project came out in 2009. No Ceilings was also made available for streaming back in August.

XXL has reached out to a rep for Lil Wayne for a comment.

Check out DJ Khaled's No Ceilings 3 announcement below.

See the Best Surprise Hip-Hop Albums of All Time