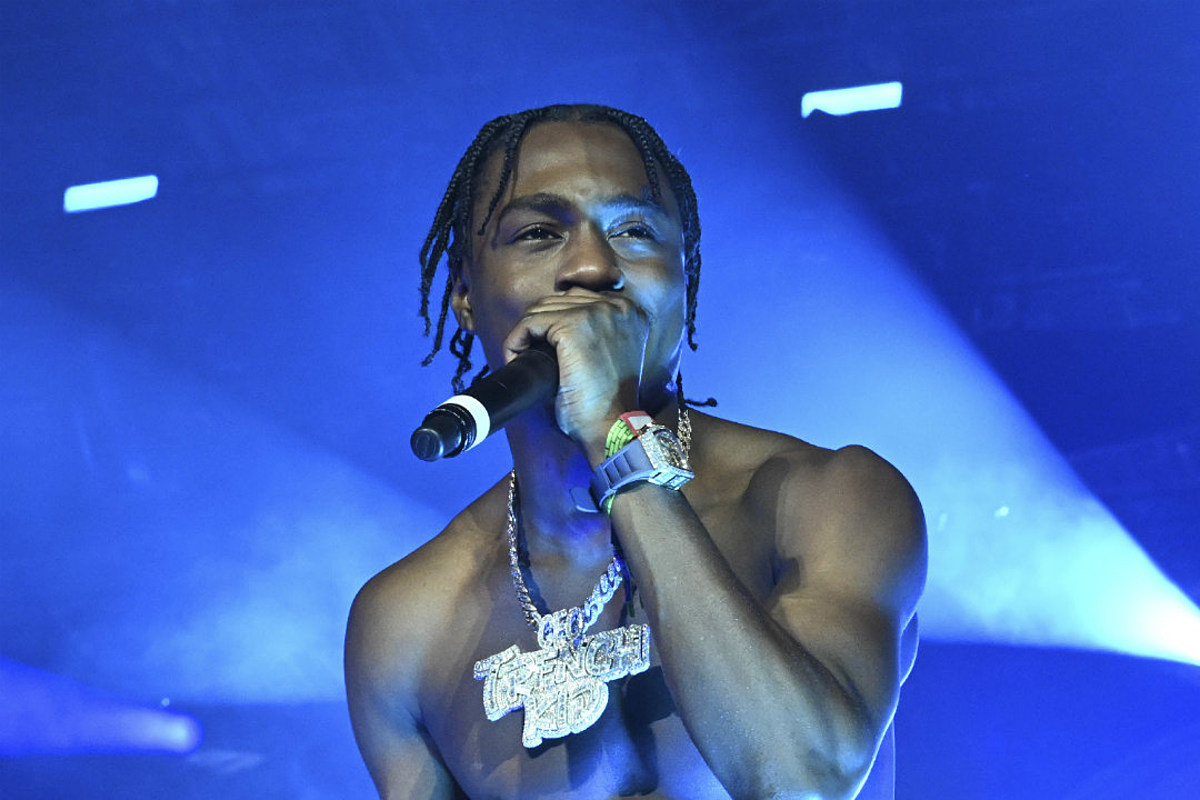 After teasing a possible collab with 50 Cent earlier this week, Lil Tjay has released his version of Fif's classic track "Many Men (Wish Death)" in the form of the new song "Faceshot (Many Men Freestyle)."

Lil Tjay debuted the track on Saturday (Sept. 17), after announcing the release on Instagram along with a version of 50's Get Rich or Die Tryin' artwork that has Tjay's head on 50's body.

"This what ya wanted lmaoo," Lil Tjay captioned the post. "Guess it’s time to shake sh## up I woke up feeling like @50cent , yk what that means after this ima just go mainstream on ya. Fu%k around get my teeth done and sh## go get that movie money what ya think #power? Lol nah lemme .. many men freestyle out now but I named this one #FACESHOTTTTTTTTTT Cause yk, yeahhh ‍♂️ but spam these comments if ya waiting on some more hot sh##."

The new song finds the Bronx, N.Y. rapper rhyming over the same Eminem, Digga and Luis Resto-produced track as the original.

"Took seven, man. Y'all niggas know I got the city," Tjay says in the intro in reference to his July shooting.

During the first verse, Tjay appears to address the shooting, which was reportedly preceded by an attempted robbery, as well.

"Type of guy, try to take sum' from me, boy you high/And I ain't sayin' he the suspect but lil homie out a eye," Tjay raps. "All streets rules apply, I got hit, ain't wonder why/All quiet/All I know is when they see me it's goodbye/I know many men, out there wanna get me, tell ’em 'Bend again'/Never on no scary shit, no afraid like Eminem."

On the second verse, Lil Tjay further touches on surviving and recovery.

"Sippin' Branson right now, yeah this shit got me lit/I know they like how after seven that boy come back so quick," he raps. "Well, you don't know, the doctors don't, and I don't know neither/But just for that I can't give hating niggas no breather."

Lil Tjay has his chest poked out after surviving being shot multiple times in New Jersey in July. Last month, he released the new single "Beat the Odds," which he recored while recovering in the hospital.

Listen to Lil Tjay's "Faceshot (Many Men Freestyle)" Below