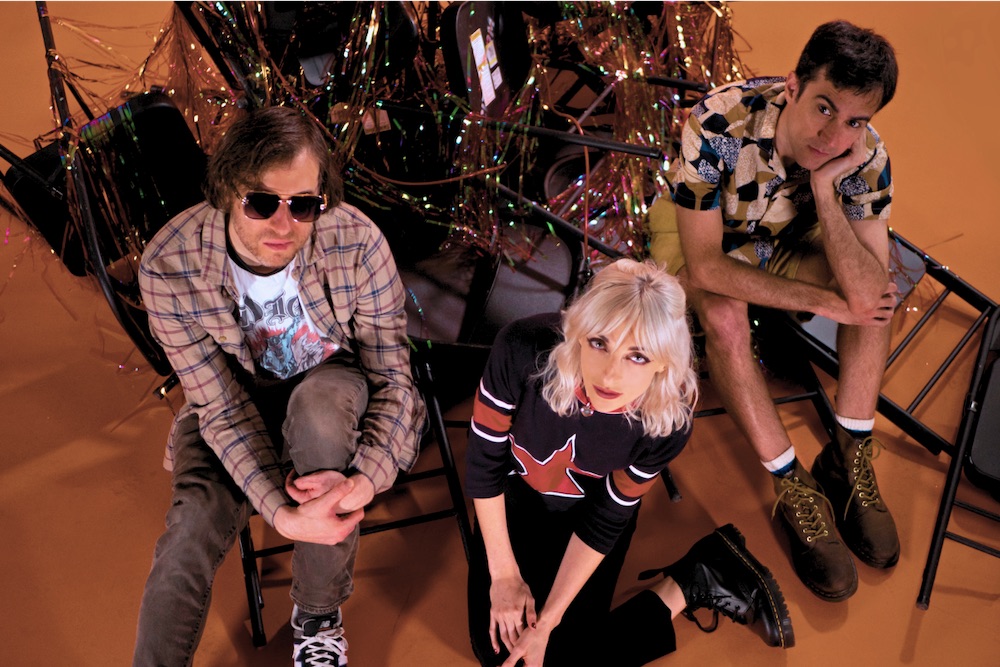 In pro wrestling storytelling, a heel turn is one of the most dramatic things that can happen. Heel turns can happen gradually over months, or they can be sudden and jarring, but there’s always a moment where it become official: a former fan favorite turns evil. Most of the time, that fan favorite will eventually return to the good side — and then sometimes switch back and forth a bunch of times, a la the Big Show. But the heel-turn moment will often become a key part of that wrestler’s legacy, like when Shawn Michaels threw Marty Janetty through the Barber Shop window or when Seth Rollins attacked his Shield partners Roman Reigns and Dean Ambrose with a chair. It can be the most memorable moment of a wrestler’s entire career.

Next week, the New York rock band Jobber, whose lineup includes Hellrazor members Kate Meizner and Mike Falcone, will release their debut EP Hell In A Cell. As you’ve probably already gathered by now, Jobber write songs inspired by pro wrestling, and their wrestling references are often extended metaphors about things that are not wrestling. We’ve already posted the early tracks “Entrance Theme” and “Hell In A Cell,” and now they’ve also shared their new track “Heel Turn.” It’s a sparkling churn about owning up to your own heelish tendencies.

“Heel Turn” is entrance music for a wrestler’s dark era — for when they snap and commit a heinous act, like hitting an old friend with a steel chair or throwing sand in their opponent’s eyes when the referee’s back is turned. Tonally, the song stands in contrast with some of the more sugary, fuzzy pop songs on the EP, and I was heavily influenced by Failure’s dissonant, spacey leads on “Magnified” and “Fantastic Planet.”

I approached lyric writing in the wake of a tough interpersonal situation where I felt I exhibited some heel-like behavior. Guilt would creep up on me, but I wasn’t in a great headspace to rationalize that I just did what was best for me, even if it meant hurting somebody I cared for deeply. The lyrics are simultaneously an act of cathartic admission, an apology, and an exercise in self-forgiveness.

If wrestling’s most reviled heels can get a redemption arc, so can most of us.

Check out “Heel Turn” below.

The Hell In A Cell EP is out 10/21 on Exploding In Sound. Pre-order it here. Y’all see Bray Wyatt’s return at Extreme Rules? Pretty spooky! Pretty cool!