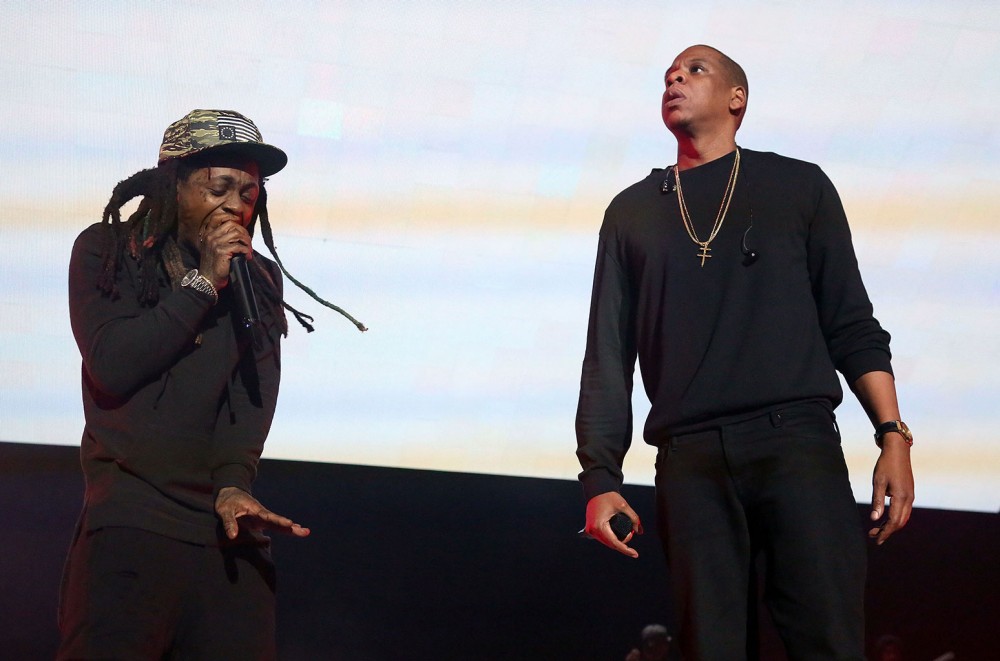 Lil Wayne joined the Drink Champs podcast in support of his Funeral album, which dropped on Friday (Jan. 31).

Weezy has always enjoyed a competitive relationship with Jay-Z when it comes to hip-hop, and when Hov became the topic of conversation, N.O.R.E. brought up a text from Jay-Z that had the Brooklyn native questioning his place in rap following Wayne's 2007 "Dough Is What I Got" freestyle over "Show Me What You Got."

“When he rapped on ‘Show Me What You Got,’ I had to take a long walk and look at myself in the mirror," N.O.R.E. recalled Jay saying. “I said, ‘Are you sure you still got this?’” The message caught Wayne off-guard, who never heard that story before. “He didn’t say that part,” Weezy responded. “He just let me know, ‘Boy, you’re coming for me.'"

The New Orleans legend's friendship with Hov is stronger than ever, as Weezy stopped to properly salute Jay with some high praise. "I can't let another single word go without saying how genuine and how much of a man that guy is," he said. "That's a real man right there."

"What he was doing was he was just trying to help in any form or fashion," Wayne continued, likely talking about his longstanding lawsuit with Cash Money, as Hov stepped in to help Wayne in any way possible. "So he was like, 'If I gotta sign your mom, man, whatever I gotta do to help you out in your situation that you're going through right now.' He was like 'I know it's embarrassing. They got s–t all public. What I wanna do is make sure you're straight as a man."

Watch a clip below and listen to the full episode on TIDAL.