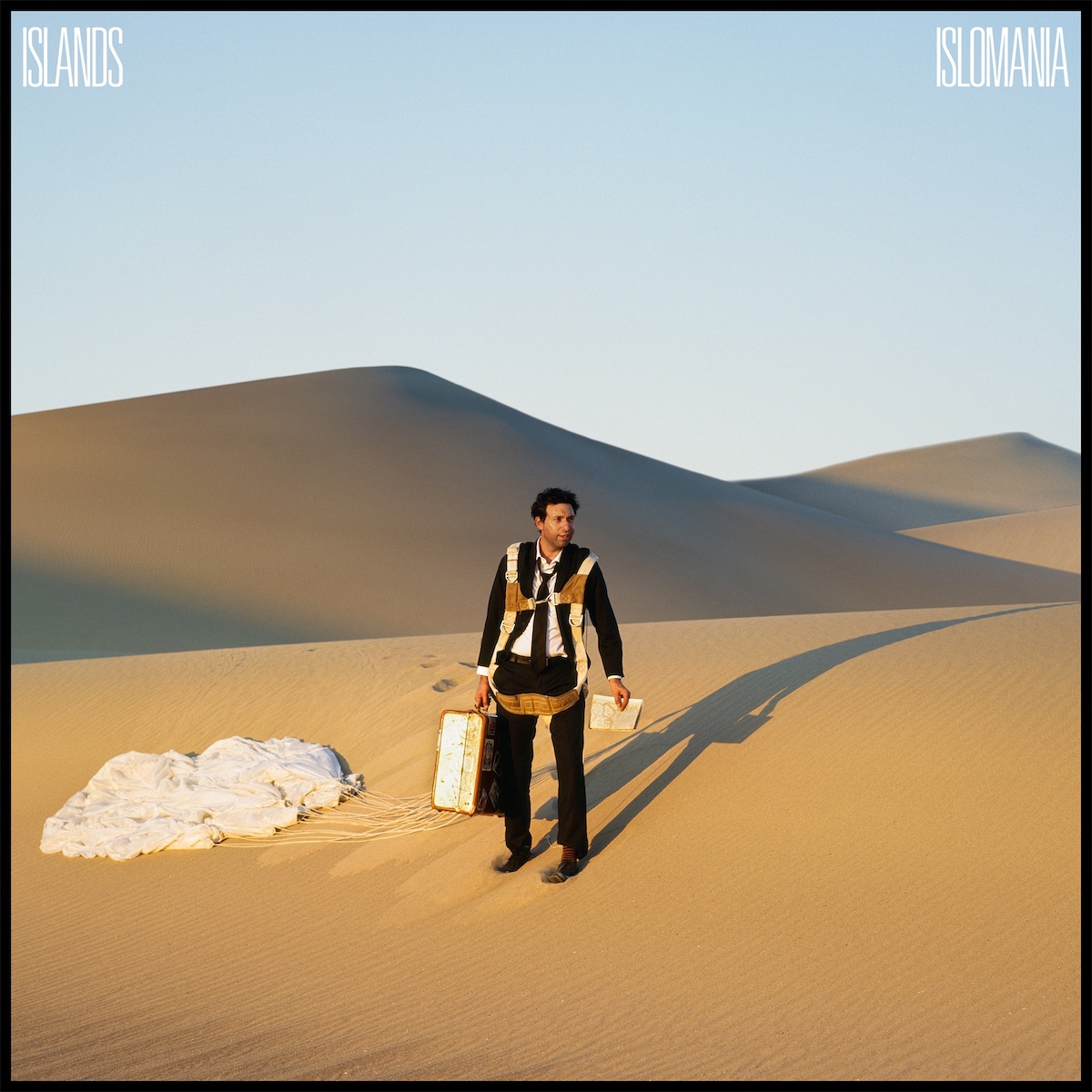 Islands are releasing their new album Islomania in a little under a month. We’ve already posted early singles “(We Like To) Do It With The Lights On” and “Set The Fairlight,” not to mention a career-spanning interview with frontman Nick Thorburn. And today, to celebrate Thorburn’s guest appearance on Tim Heidecker’s Office Hours podcast, they’re sharing one final single, the driving “Carpenter.”

“This one was an early song that I demoed at home as a little throwaway,” Thorburn explains. “Unfinished, it sat on a folder on my computer collecting digital dust until I stumbled upon it many months later. I had completely forgotten about it and listening back, I was totally caught off guard. It sounded like I was singing someone else’s song. I was excited so I set about finishing it immediately. Once I’d tidied it up, I eventually brought it to producer Patrick Ford, who helped the band fine-tune the push and pull with regards to the quiet/loud sections. Lyrically it’s like a ‘woulda coulda shoulda’ sliding doors-type imagining.”

Listen to “Carpenter” below.

Islomania is out 6/11 via Royal Mountain Records. Pre-order it here.