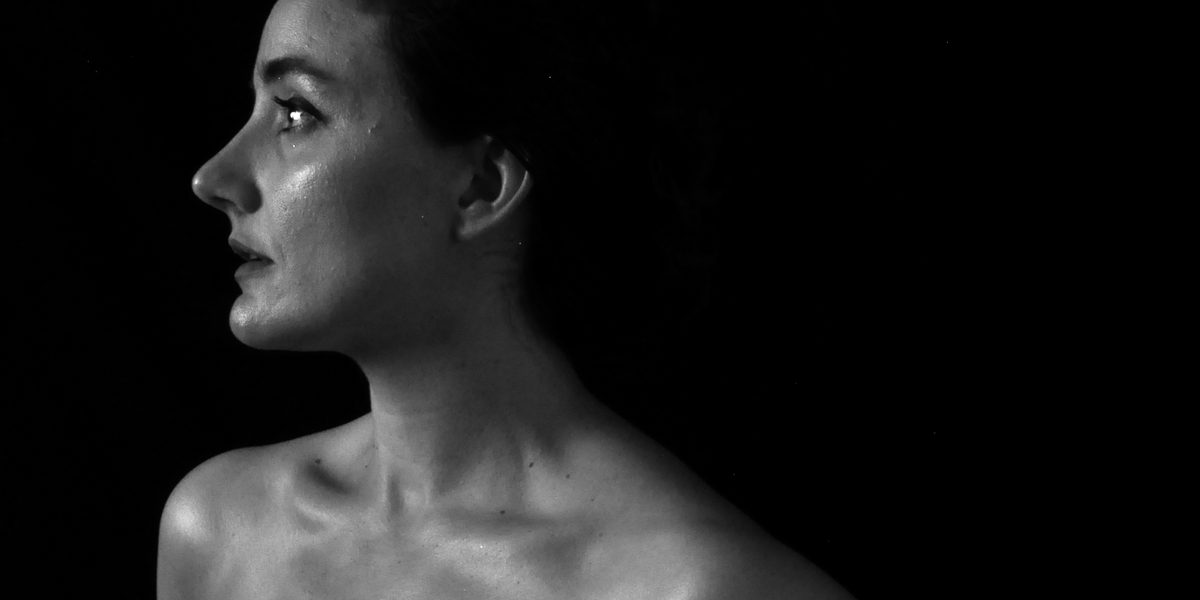 London based singer/songwriter Ebony Buckle is set to release her debut album Disco Lasers in 2021, and kicking it all off is her latest single “Wonder.”

Inspired by the world’s loneliest whale, the song is an emporium of intergalactic feels located in a utopia of strings, piano and mind-blowing vocals.

“Wonder” is an anthem of encouragement about finding the wonder in the unknown and embracing it with every inch of your body. It also reminds us that if we’re ever feeling lost or alone, the idea that whale songs can be heard even in the deepest depths of the ocean shows that during our most isolated times, someone is always listening.

Accompanying “Wonder” is a celestial, superlunary music video by Luke Taylor and Sky Zhou. In it, Buckle the space traveller can be seen amongst beautiful, engrossing visuals singing her haunting, angelic and deeply moving song. Take a deep dive into an ocean of space and sound with London’s Ebony Buckle.

“Wonder” is the first single off your upcoming album Disco Lasers. It’s inspired by the world’s loneliest whale. How did you come across this story, and what initially made you want to write a song about it?

A few years ago I was temping in a really boring office and came across the story on a news site. I immediately wrote a poem about it and saved it in my email drafts (hot tip for any temps out there). I wanted to write from the whale’s perspective about why it was out there calling. Something about the idea of being alone in a giant ocean I found so desolate but also kind of thrilling. I had an idea to make the whale an interdimensional traveller who had lost contact with its home planet. She’s lonely but also overwhelmed by the wonder she has discovered.

“Wonder” has a rich galactic soundscape and super emotional vocals. What was the producing and recording process like?

I write and produce my music with my husband Nick Burns, who is a music producer. We have a studio in our house which is so wonderful (but also means we never really leave work)! We wanted the song to feel like I was floating in water or space, and that my voice was replicating a whale song. We actually use a sample from a real 52HZ whale [song]. You can hear it at the beginning and end of the track. The vocal takes were intense because it is a really emotional song, but there’s also something really uplifting and joyful [to it], and I felt that when I was recording.

How does songwriting look for you? Tell us more about the process of writing “Wonder”.

As I mentioned earlier, I had already written the lyrics as a poem, and so when it came to writing the song, we sat down and worked through a few chords, and then Nick left me alone for a few hours and I came up with the melody. We had already chosen an organ patch and I think that helped inspire the vocals. I often write my songs as poems first, sometimes hearing a melody in my head as I write. Other times I just sit at the piano and see what comes out…those tend to be my more emotional venting songs.

“Wonder” is strikingly moving. How much does the song mean to you and why is it important to you to write about the subject?

This song feels so special to me, and I know that might sound ridiculous because it’s about a whale lost in space. Something that I do in my music is give human characteristics to things that don’t normally have them…whales, planets, stars. I use these “characters” to tell stories about real human emotion. Do you ever look at the sea or the sky and feel a sense of endlessness and insignificance? We are so tiny and we live on this tiny planet in a vast universe and I find that so magnificent and overwhelming. I think it’s the wild part of me that is feeling that way. I think that’s what I was trying to express when I wrote this song.

Linking to the last question, what do you want other people to experience when listening to “Wonder”?

There is a quote from Women Who Run With the Wolves by Clarissa Pinkola Estés: “The doors to the world of the wild self are few but precious. If you have a deep scar, that is a door, if you have an old, old story, that is a door. If you love the sky and the water so much you almost cannot bear it, that is a door. If you yearn for a deeper life, a full life, a sane life, that is a door.” I hope that this song will connect to people on that deeper level. I played it at a festival last year and a man came up afterwards and said “congratulations, you just made a 40-year-old man weep about a lonely whale!” I think that’s what I hope for.

Your upcoming album Disco Lasers is set for release later this year. How does “Wonder” differ from the other tracks? Would you say the album is an eclectic collection of ideas and sounds?

It’s definitely eclectic in that each song is its own story and has its own universe that it lives in. I think the album explores similar themes to “Wonder” but each has its unique sound. The songs are inspired by folklore, by science, by my own fears and discoveries. They are about embracing the darkest parts of us and freeing ourselves from fear. They’re about lost selkies and naive planets and the advancement of space exploration. They have come from a very true part of me and I hope they will resonate with other wild souls out there. I’m releasing the songs individually on the first of every month so that people can become completely part of the world we have made.