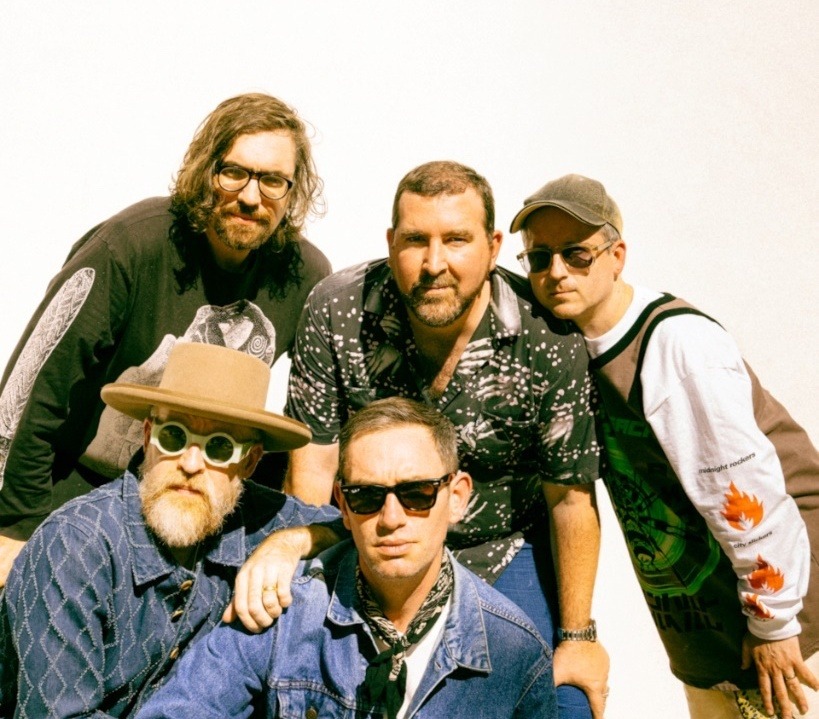 Next month, the long-running UK club-pop institution Hot Chip will release their new album Freakout/Release. The members of the group have said that the album represents their best attempt at capturing their live sound on wax. We’ve already posted first single “Down,” and now Hot Chip have shared a frisky new track called “Eleanor.”

“Eleanor” is a bright, frisky track with a squiggly, hyperactive backbeat and a smooth, self-assured melody. Hot Chip have never been shy about their Prince fandom, and I hear an echo of Minneapolis funk in its busy, jittery brightness. Here’s how co-leader Alexis Taylor describes the track:

It’s about the world smashing into you, waves crashing into you, all-encompassing pain, and how you have to walk through it. The verses are about separation when families are divided against their will. It’s about strong friends. It’s also about Samuel Beckett giving Andre The Giant lifts to school, and about how Beckett must have learned a lot from Andre’s wisdom.

Listen to “Eleanor” below.

Freakout/Release is out 8/19 via Domino. Pre-order it here.