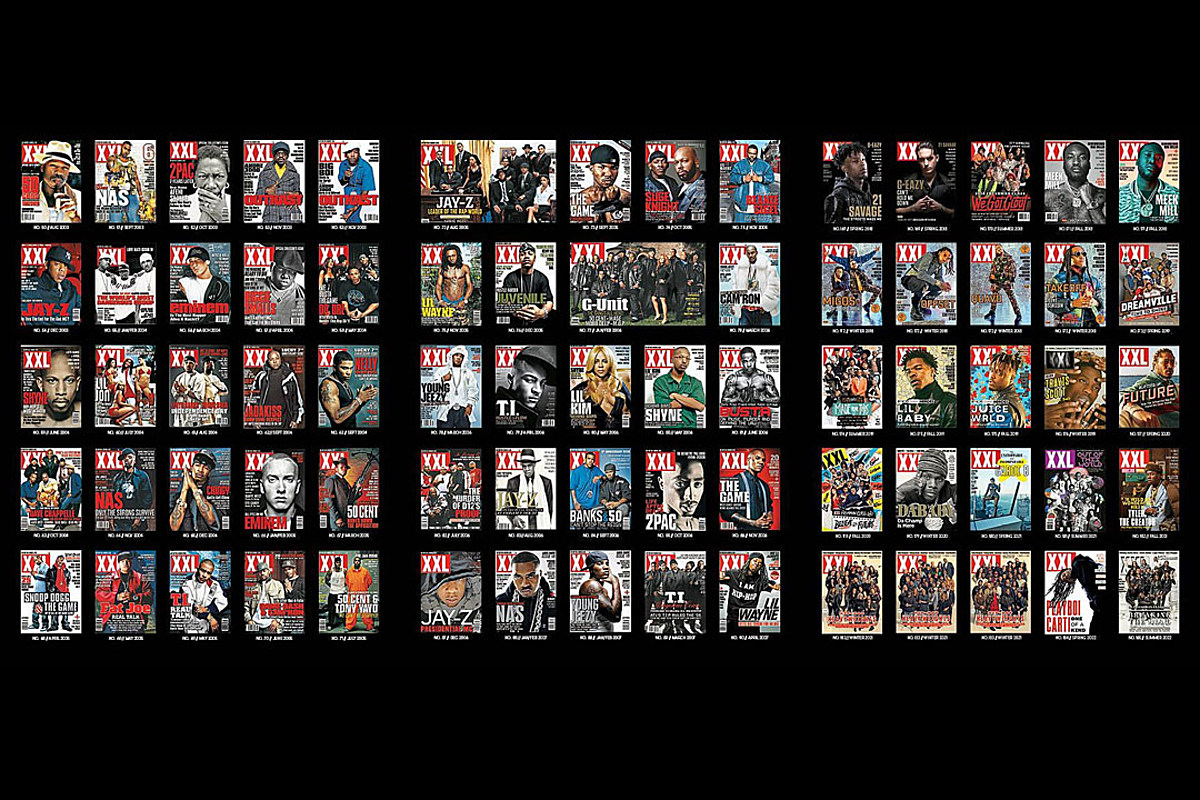 Legacy
Pushing hip-hop on a higher level has been XXL Magazine's goal for 25 years. As times change, the commitment to documenting the culture remains the same.
Words: Georgette Cline
Editor’s Note: This story originally appeared in the Fall 2022 issue of XXL Magazine, on stands now.

There's a first time for everything as a hip-hop fan. From buying a favorite rapper’s album to attending a show that replays as an undeniable but distant memory years later, there are many firsts to come by. One of them is found in a tangible form that even the digital age can’t replicate. Picking up the pages of an XXL magazine to read exclusive interviews from the game’s most respected MCs was a ritual for anyone who lived and breathed hip-hop in 1997, when the first issue was published. A double cover featuring Jay-Z and Master P decorated the premiere issue. Considering the career highs both artists have had since then, it seems they were the right choice to kick off a publication that now celebrates 25 years of documenting hip-hop on a higher level.

As decades have passed and technology evolved, so has hip-hop and publishing. Whether the magazine came out monthly or four times a year, one thing that has been consistent is XXL’s dedication to the culture. Revered MCs, lauded street rappers, acclaimed groups and the famed Freshmen have found their place on the cover, inside the book and on XXLMag.com.

In honor of 25 years in the game, XXL celebrates its milestone birthday with the self-proclaimed “Rap God” Eminem. The prolific MC, who’s locked in nine XXL covers now, takes a look back at his storied career and gives an honest outlook on life in his own words. Raw and unfiltered, the way hip-hop ought to be. A quarter-century in the books proves there’s plenty of rap history to dig through in XXL’s pages, but there’s more in store. Revisit the magazine’s 254 past covers (minus the new Em cover) below and prepare for who graces the next ones.