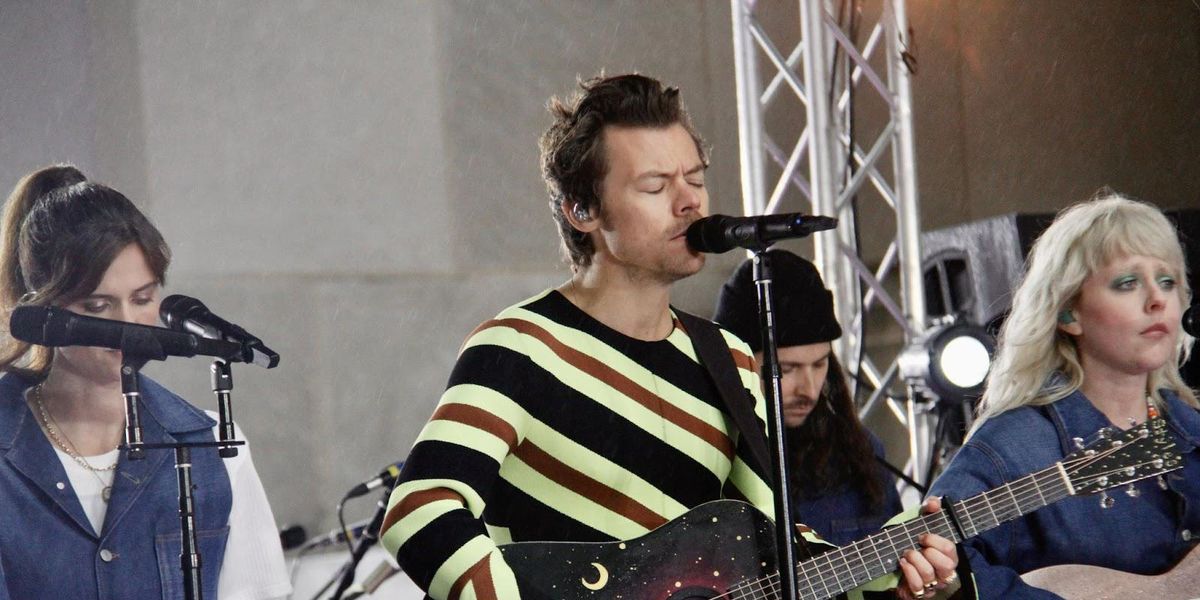 Harry Styles woke up this Wednesday and decided to put us all in a place we’ve only dreamt of: in bed with him. That’s right: Harry just released the music video for Late Night Talking, the second single from his album: Harry’s House.

The video is three minutes and fifteen seconds of sleepovers and pillow fights with Harry. It seems as though he read the minds of his million fans and gave us an idea of what it would be like to hop in a plush comforter next to him.

In what very well could be the song of the summer, Harry sings about those fun beginning stages of falling in love. Those late night talks and staying up all night talking about anything, twirling the phone cord around your finger and kicking your feet.

The song’s groovy beat and smooth vocals make me want to dance on a rooftop with my lover. But the Late Night Talking music video makes me want to cuddle up in bed next to a cardboard cutout of Harry himself.

Harry’s album is filled with retro sounds, which he only furthers into his music videos with funky fits and blasts from the past. Film camera snapshots are featured with Harry in bed, almost as if you took them yourself at the sleepover.

Late Night Talking recently impacted radio stations across the world, so the music video comes at a perfect time. Harry is right, we can’t get him off our minds, we won’t even try!