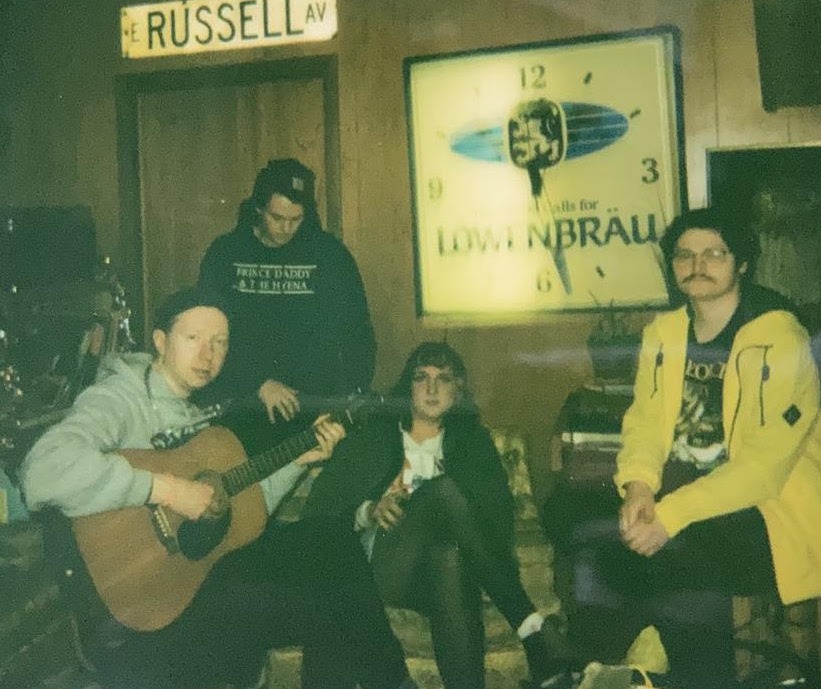 Late last year, the Flint, Michigan band Greet Death released their beautifully bummed-out single “I Hate Everything,” their first music since the excellent 2019 heavy-shoegaze album New Hell. At first, “I Hate Everything” sounded like a one-off and a big departure for Greet Death, who were now starting to sound something like an American version of Arab Strap. Since then, though, Greet Death came out with a series of songs that were more or less in the same vein. Today, they’ve released another one and collected those new songs into an EP.

After “I Hate Everything,” Greet Death, who have expanded ranks and become a quartet, released “Your Love Is Alcohol,” “Punishment Existence,” and “Panic Song.” They also went on a huge North American tour with Infant Island, and that was a good bill. Today, Greet Death have released the new 12″ EP New Low, and they’ve also released its title track.

“New Low” is a tender, pretty song about how even the worst circumstances can be oddly comfortable: “The ceiling’s closing on me like some kind of shell/ I can’t escape the pull that’s dragging me to hell/ I keep on working because the money is the pill.” Band member Logal Gaval says, “I wrote ‘New Low’ around the beginning of quarantine. It’s a continuation of some of the themes on our album New Hell; how bad things keep getting worse and how people can acclimate to their environment no matter how terrible it is.” Check out the song’s David Beuthin-directed video below.

And since the whole New Low EP is out now, you can stream it below.

The New Low EP is out now on Deathwish, Inc.