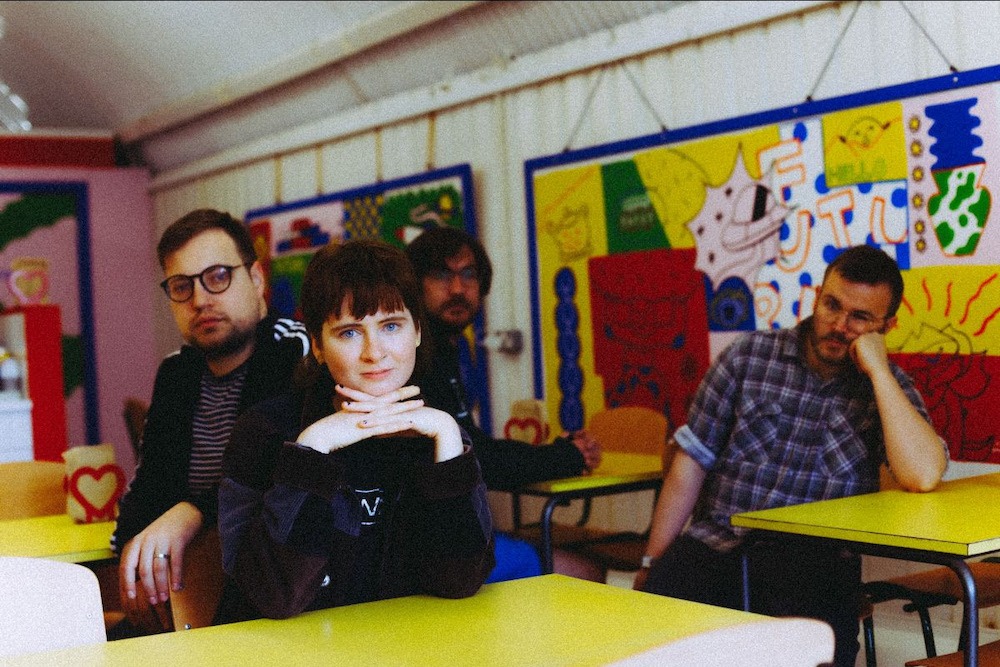 The amped-up UK punks Fresh are releasing a new album, Raise Hell, in a few weeks. They’ve shared a chunk of tracks from it already — “Morgan & Joanne,” “Babyface,” and “Going To Bed” — and today they’re back with another one, the album’s rousing closer “Why Do I,” which churns through transformations in shoutalong lines.

“Sadness and self-doubt are acknowledged and present on ‘Why Do I’, but they don’t hold power over you anymore. There’s power in starting from scratch,” the band’s Kathryn Woods said in a statement. “Think Nicole Kidman signing divorce papers in 2001-vibes. There’s a real catharsis and joyous presence to this song, upbeat do-woop vocals, guitar riffs with a touch of delay and soaring lead vocals make it a great note to end the record on.”

Raise Hell is out 7/1 via Get Better Records/Specialist Subject Records. Pre-order it here.