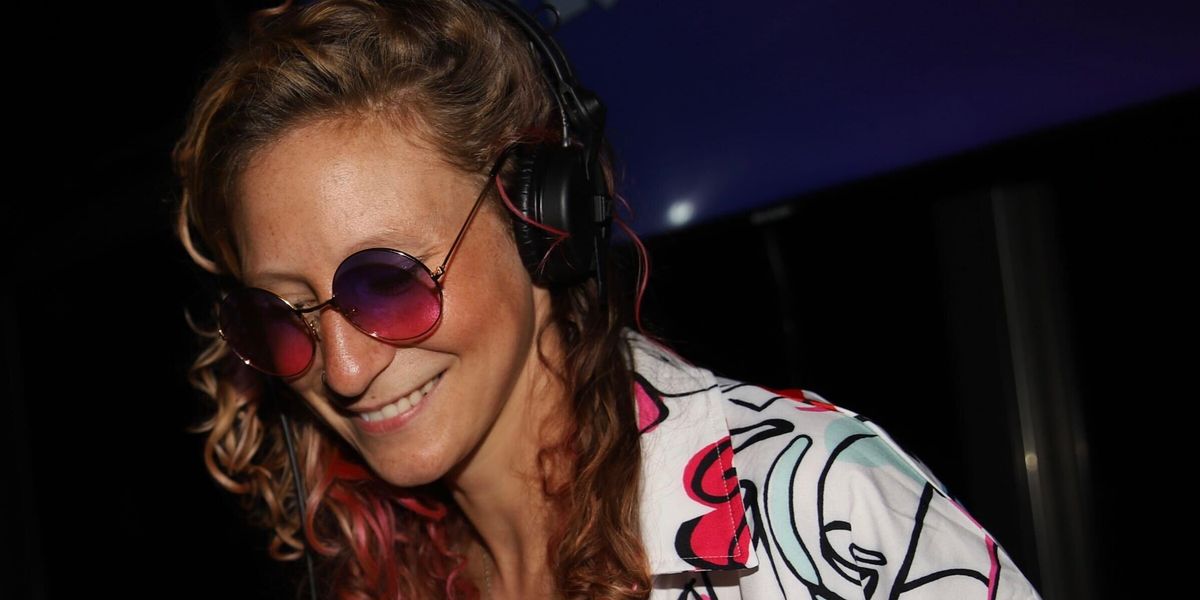 Women are the biggest powerhouses in the music industry – think T-Swift, Rihanna, Beyonce. When they create, we listen. But these are also artists that have the assistance of mainstream media, streaming platforms, and brands.

Now, what about women in dance music? You might get lucky and stumble upon tickets to see DJ trailblazers like Charlotte de Witte, VNSSA, Sam Devine, or Anna Lunoe… but let’s BeReal. Think about it – what are the odds that when you show up at the club, peaking at 12am, there’ll be a woman behind the decks? Odds were low, but now things have changed.

Thankfully, in a city like New York, not only is House growing but so is the presence of female DJs. We’ve found that one of our favorite parties is doing the work to make women in the dance music scene not a rarity, specialty, or attraction, but the norm.

Hopefully soon, I can stop writing “female DJs” and just DJs, ya know?

So, if you haven’t heard me rave before, I’ll do it again: Above It All at The DL. This is where you’ve got to be in NYC for the best up & coming and recently arrived talent.

This Saturday, November 12th The DL will be hosting their last Above It All of 2022 headlined by Romanian House and techno DJ and Producer: Luzi Tudor.

Tudor (@luzitudor) is a melodic powerhouse, having played from our local Elsewhere in Brooklyn to up and down the west coast. Her latest release is a 3-track EP, Unbound: Victory of Love on Unbound: on Lane 8’s label, This Never Happened. She sat down with Your EDM earlier in the year and described her work as “ … inspired by the complexities of many forms of love I’ve stepped into this past year. From self-love, to romantic, to platonic and the movement of these over time is something that’s brought me a lot of personal growth.”

While we can’t wait for Tudor to grace NYC again this weekend, she won’t be the only heavy hitter at The DL. Other DJs set to perform include 2h0, Doug Witte, Mazlow, Mish and Motives.

Above It All at The DL is organized by Brian Ho and Marcus Holloway who have taken their duo out from the decks and into the larger dance scene through these 2h0 collective events. However, like anything in this industry it wasn’t an overnight affair but rather a presence they’ve been growing since their first gig in December 2021.

They’ve gone from Wednesday nights with a turn out of40 close friends to day parties at The DL with an average 300-500 people. 2h0 has consistently kept female DJs top of mind in their lineups, including resident artists Claudzzay, Mazlow, and AMBR who have been a part of the 2h0 project since the very beginning.

“Our first party was last year for Open Decks Brooklyn. I was really inspired by the lineup and the theme behind this event series hosted by (Brian Thabault), where any DJ could come in and play a slot. I noticed there were a ton of female DJs that signed up to play here and it was so refreshing and exciting to see. From that point, I wanted to feature female DJs on every 2h0 event” – Brian Ho

Back in September, 2h0 even had Miami’s own Daizy headline – now sourcing talent not only from the five boroughs but around the country.

As these events continue to grow, House continues to find its foothold in a generation with so much music at its fingertips. But will women behind the decks become a norm as soon as we hope? Not if we don’t make the effort.

Daizy at The DL, September 2022 // Photograph by Jax Dwyer @jax.dwyer

A March 2022 survey by Pirate found that “98% of female respondents said they had suffered performance anxiety, making them 28% more likely to experience this than their male counterparts.” Many who responded cited their gender as the specific cause. With mental health at the forefront of entertainment, it’s all about creating safer spaces for emerging talent, especially women.

“Being on stage is very exposing and a very vulnerable place to be, especially if you are atypical in any way (and for live musicians, this can simply be not presenting being a cis white straight man)." – Survey Response from Pirate

When asking Ho about these findings on this male-oriented industry, he reflected not only on his booking process but his hopes for the field as a whole:

“This (Pirate) article reinforces something that Marcus and I pay close attention to when researching artists to feature. We have a larger responsibility as event organizers to create these diverse lineups and offer a safe space for artists to express themselves. For our 2h0 mission specifically, we want to promote an inclusive space for all to dance and enjoy themselves, supporting each other and growing out the community. I am so proud to have this responsibility.

Check out the last day party of the year on Saturday 11/12 with Above It All at The DL. See for yourself what it’s all about.