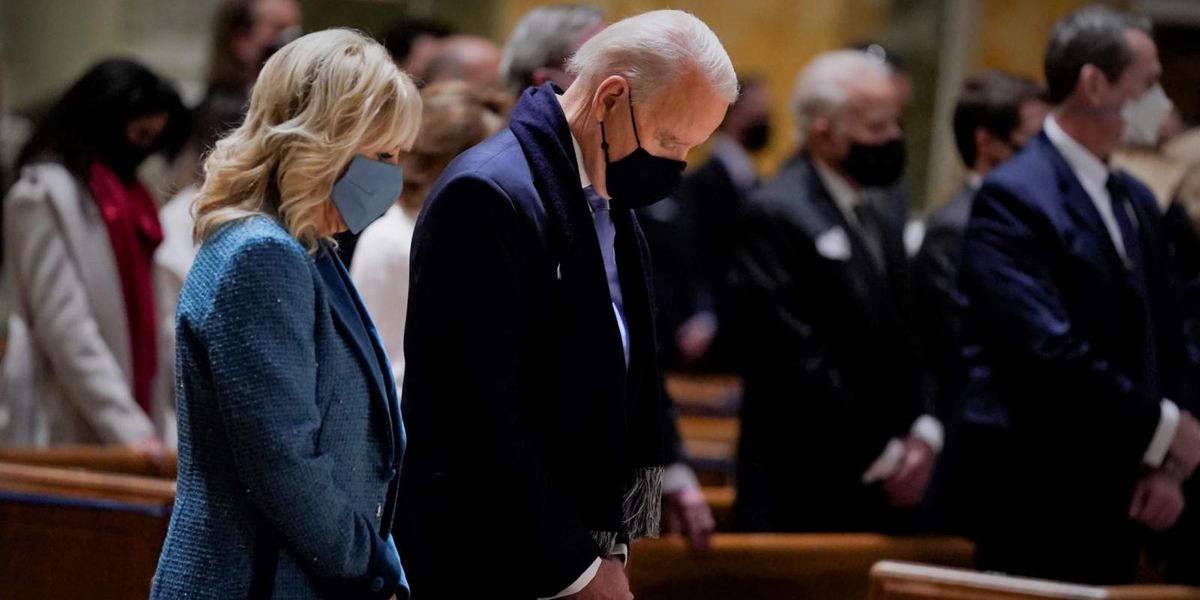 In 1960, as John F. Kennedy was running for president of the United States, a question of his faith became a major issue in the campaign.

Only one previous Catholic candidate had ever been nominated by a major party — Al Smith, a Democrat who lost badly to Herbert Hoover in 1928. Many protestant voters believed that Kennedy would be subject to the will of the Vatican and would serve the pope before he served the American people.

Kennedy managed to assuage those fears by assuring the voting public that his faith would be separate from his governance, stating, “I believe in a President whose views on religion are his own private affair.” But 60 years later, as Joe Biden settles into his role as the second Catholic president in America’s history, Archbishop Joseph F. Naumann of Kansas City has rejected this approach and reopened the question of whether a true Catholic should be allowed to be president.

According to Naumann, it is not enough that Joe Biden is the first president in decades to regularly attend Sunday church services. It is not enough for him to follow Catholic teachings in his personal life — to mourn his son Beau in funeral services at a Catholic Church and visit his grave in a Catholic cemetery. According to Naumann — who is the chairman of the United States Conference of Catholic Bishop’s Committee on Pro-life Activities — Joe Biden may not call himself a “devout Catholic,” unless he takes a political stance against legal abortion.

This declaration came a month after USCCB president Archbishop Jose Gomez of Los Angeles declared that Joe Biden had “pledged to pursue certain policies that would advance moral evils and threaten human life and dignity, most seriously in the areas of abortion, contraception, marriage, and gender.” As upsetting as that claim is, Archbishop Naumann managed to take his criticism a step further.

In an interview with the Catholic World Report, Naumann claimed that Joe Biden “is going to force people to support abortion through their tax dollars” and that he is “acting contrary to Church teaching.” By his metric this means that “when [President Biden] says he is a devout Catholic, we bishops have the responsibility to correct him.”

But, whatever their political disagreement might be, does it really warrant an attack on the sincerity of his personal faith? Leaving aside accusations of sexual misconduct — as those leveled against Trump are both more numerous and more egregious (and the Catholic Church’s capacity for “forgiveness” has been made all too clear on this issue…) — hasn’t Biden’s private life demonstrated Christian virtue far more clearly than Donald Trump’s?

Yet Naumann seemed to think that Donald Trump — a serial-adulterer, twice divorced, who has never engaged in regular church attendance — was a better ally for Christian morality. While Pope Francis slyly criticized Donald Trump for the hypocrisy of taking pro-life stances while tearing children from their families at the border — until the courts put a stop to the practice — Archbishop Naumann said that “the Trump Administration deserves our praise” for cutting off government funding to charities and non-profit organizations that provide abortions.

That statement came in August of 2020, just weeks after the Trump administration began a spate of federal executions that would go on to end the lives of 13 people between July of 2020 and January of 2021. While the Catholic Church — along with Naumann himself — has taken clear stances against the death penalty in all instances, Naumann did not seem to think this was as worthy of rebuke as Joe Biden’s plans to reinstate funding for organizations that provide free and low-cost abortion services.

Naumann has not simply voiced his political disagreement or stated that the church opposes the stance; he has attacked the notion that a person can truly be a Catholic while supporting political policies that the the church opposes. He has essentially embraced the notion that the Vatican should dictate how a Catholic president governs a nation in which the separation of church and state is enshrined in the First Amendment.

To meet Archbishop Naumann’s standard as a “devout Catholic,” would Biden likewise have to maintain political opposition to gay marriage, divorce, and contraception? Considering the truly unhinged, outdated, and functionally evil anti-sex stances that the Catholic Church has continually taken — actively fighting the distribution of condoms in Africa at a time when AIDS was killing millions on the continent every year — any reasonable person should pray that Archbishop Naumann’s vision of a Catholic president never exists.

We can ignore the fact that the modern notion that “life begins at conception” is far from consistent in early Christian doctrine. We can ignore the portion of the bible that seems to call for inducing a miscarriage in the case of adultery. We can ignore the fact that canonized theologians from St. Thomas Aquinas to St. Augustine to St. Anselm differentiated between the early stages of pregnancy and the period after “ensoulment” — often associated with the “quickening” — when kicking and other fetal movement become detectable around 18 weeks.

We can ignore all of that, because the solidity of Catholic dogma has no relevance in secular law. Joe Biden could hold it as a religious belief that abortion is wrong — he could personally abhor the practice and even consider it murder — but there is no secular or scientific basis for that belief, so he would have no right to impose that view on anyone else.

For the vast majority of development, embryos and fetuses have non-existent or largely inactive brains. To claim that the supposed existence of a divine soul makes them as worthy of human rights as a conscious person whose body is being co-opted requires religious faith which the laws of a modern, secular nation cannot be allowed to incorporate.

This is the reality that predominantly Catholic nations like Ireland and Argentina have acknowledged in legalizing certain forms of abortion in recent years. Or would Archbishop Naumann like to challenge the devout Catholicism of the citizens of Ireland, as well?

So while Naumann engages in baseless, partisan slander when he claims that Joe Biden is not “as orthodox in his Catholic faith as he is in doing what Planned Parenthood instructs him to do,” there is a grain of truth in his statement. Because an organization like Planned Parenthood — with a basis in science and medicine (and completely removed from the beliefs of its problematic founder) — has a far more legitimate place in American politics than does the Catholic Church.

In the past, immense crimes have been done as a result of the Catholic Church’s stance against the “moral hazard” of making sex safer or less shameful. Whether that means victims of rape being further traumatized by pregnancy and birth, HIV spreading in Africa, LGBTQ+ people being forced to deny who they are, or hundreds of children being taken from unwed mothers to die in the 1950s under the “care” of the Bon Secours nuns in Tuam, Ireland.

Maybe its time to consider the moral hazard of allowing men who have taken solemn vows of abstinence — and who all too often break them — to speak as authorities on matters of sex and sexuality that have nothing to do with them. At the very least, it’s time for Archbishops Naumann and Gomez to recognize that a president’s religious views “are his own private affair.”