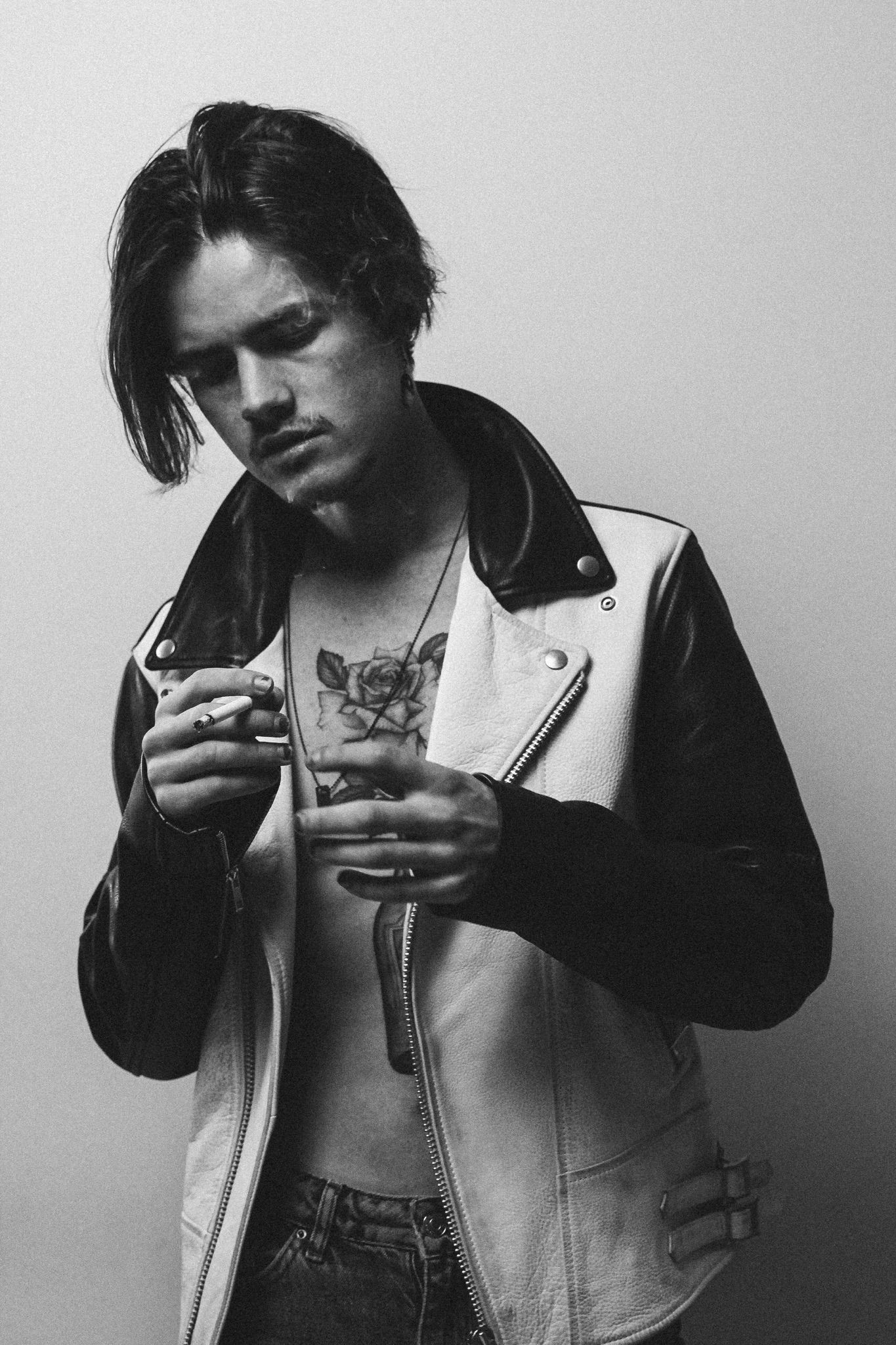 We had the pleasure to talk with Saint Rien – an Australian talent who recently debuted with his outstanding music video, ‘Tell The Truth.’ We asked him to share with us some thoughts about his inspiration, future plans, and messages he tries to channel via his music, enjoy!

Hello Saint Rien! Welcome to Groovy Tracks, and congrats on your debut release! What’s the story behind ‘Tell The Truth’? Can you explain the message you want to address to your listeners?

Last year, during all the insanity that we were all experiencing all over the world but especially here in the US, I read a quote by Kurt Cobain that said, “The duty of youth is to challenge corruption”. I’ve never wanted to really write anything political but that quote really stuck with me. I originally sat down to write a song for a sync company to be on some television ad… What I came up with was a satyrical fuck you to the entire establishment… Safe to say, the sync company didn’t work with me haha. I never could keep between the lines in colouring books as a child and I guess I never grew out of that rebellious phase.

But I think the whole world is barely treading water and no one is speaking about it, for me I didn’t want to say anything in case I was wrong, or not educated enough to have an opinion. But I think that’s half the issue, we won’t become educated if we don’t even try so this is my attempt to say I’m not okay with the (likely) small amount that I know about how the world is being run.

I think if there was a message in this song, it would be to speak to each other, without fear. So many people don’t say a word about any touchy subject these days because there’s groups of people that would rather relentlessly attack you than educate you, or even try to understand where you might be coming from. I think this is suppressing progression. I think it’s incredible that people are becoming socially aware but there needs to be a safe space for people that are still learning to be able to grow without being attacked for mistakes.

On ‘Tell The Truth’ you deliver a fusion of many genres – what inspires you to experiment with music? How would you define your sound? Do you think you fit in any existing category?

I think music is one of the few artforms in which the artist isn’t necessarily celebrated for experimenting and that is terrible. To think of the albums that we have never heard because of certain A&R or labels not understanding an artist’s vision keeps me up at night. I sort of follow my nose musically for each song. I think defining a sound is an oxymoron to be honest. When’s the last time you saw anyone other than an art-critic try and catagorise a piece of art? People don’t listen to a song and say, “I like how they mixed alt-rock with nu-metal there”… They just enjoy the song, so I try to do that too.

Are you planning any collaborations? Who are the artists you would like to work with in the future?

I’d love to work with Nigel Godrich and Pharell/Hugo. I think they have collectively created my favourite music, so naturally I’d love to create some more with them.

On Instagram, you publish a lot of acoustic performances. Do you miss live concerts? Are you planning on touring after the pandemic is finally over?

Live performance is a huge part of Saint Rien, I just can’t express that yet. I have so many ideas and can’t wait to bring them to the stage. I’ll play wherever anyone won’t kick me out for doing so.

What’s next for Saint Rien? When can we expect new releases?
Every month for the next year at least for my project, l’année. I might throw in a couple EP’s too haha. Definitely some shows as soon as I’m allowed to!