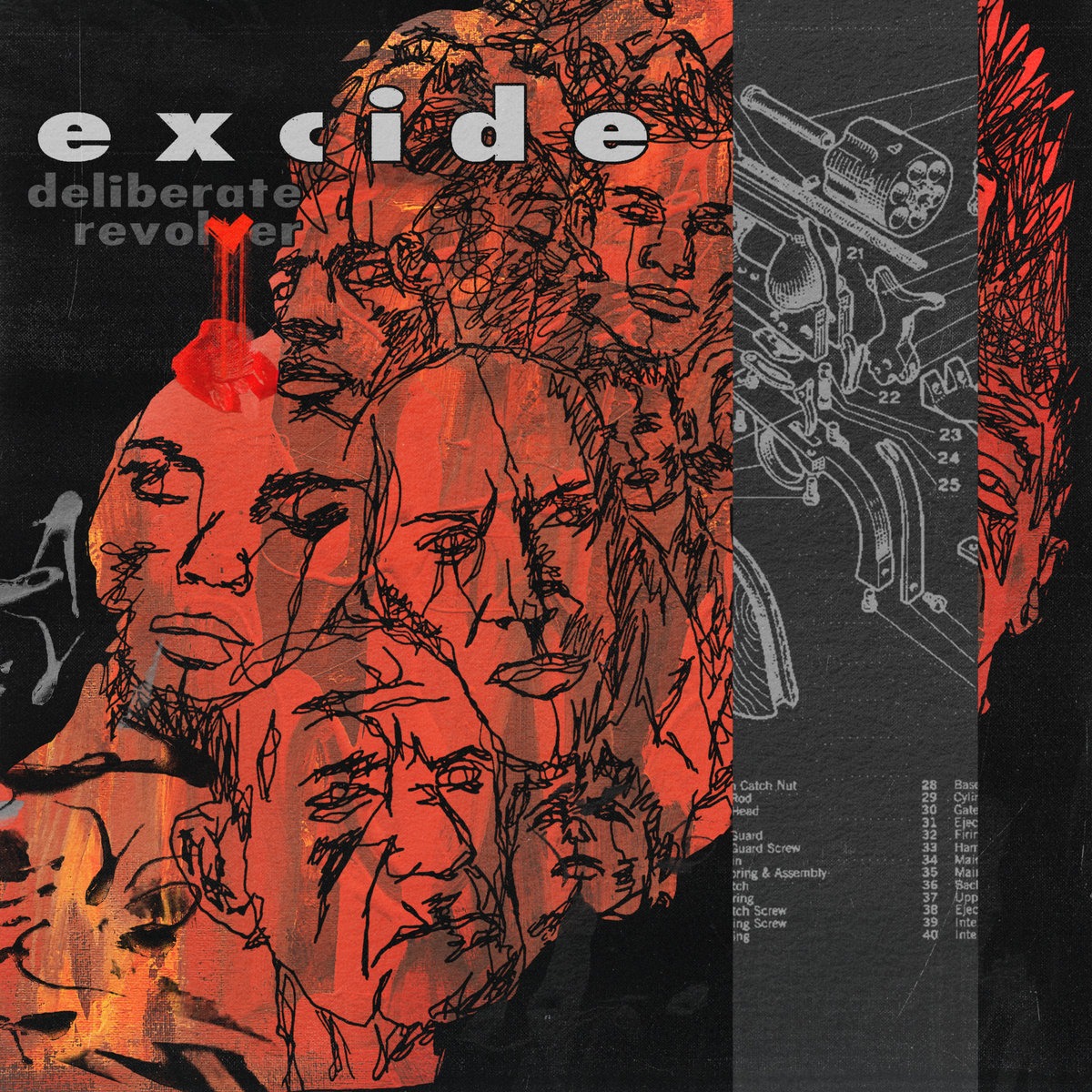 Excide, a band whose members come from both North and South Carolina, roared onto the hardcore scene just before the pandemic, dropping the monster debut EP Two Of A Kind. The band’s whole style seemed fully-formed upon arrival — a melodic churn that drew on ’90s bands like Quicksand and Snapcase while still keeping the energy urgent and fresh. Excide followed that first EP with two more songs, “Actualize” and “Radiation Reel,” and then came back earlier this year with an LP promo that featured two more tracks, “Uncoil” and “The Future, Now Perceived.” Today, Excide have announced that they’re finally just about ready to release their full-length debut Deliberate Revolver, and they’ve shared a banger of a new song.

Excide’s whole still should work really well at album length. They write these huge choruses, sometimes edging into straight-up alt-rock, but then they bring the hammer down and get wild and feverish. Deliberate Revolver has both of the songs from that LP promo, and it’s also got a great new one. “Flip,” the band’s latest track, has hands-in-the-air singalong moments, and it’s also got parts that seems specifically designed to make you jump off of a stage and onto your friend’s heads. Below, check out “Flip” and the Deliberate Revolver tracklist.

Deliberate Revolver is out 9/23 on New Morality Zine.