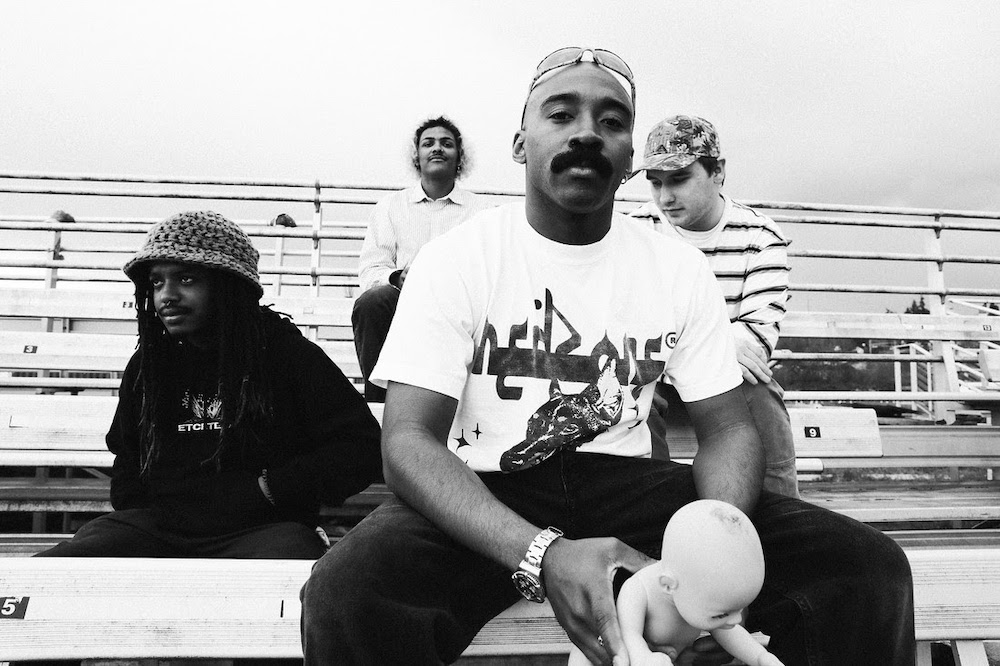 Last year, the Tacoma, Washington indie rockers Enumclaw were a Stereogum Band To Watch. Later this year, Enumclaw will follow up their Jimbo Demo EP with their full-length debut Save The Baby. We’ve already posted the early singles “2002” and “Jimmy Neutron.” Today, Enumclaw have shared another one.

“Cowboy Bepop” is a fast, sloppy jam about seizing a moment and refusing to let big moments slip past. It’s got a fast backbeat and warm, open-hearted vocals, and it sounds like several different forms of ’90s rock crashing into one another. In director John C. Peterson‘s video, the members of Enumclaw jump fences to go rock out in a remote outdoor area. When the guitar solo kicks in, a whole mob of friends appears out of nowhere and moshes along. Check it out below.

Save The Baby is out 10/14 on Luminelle Recordings.