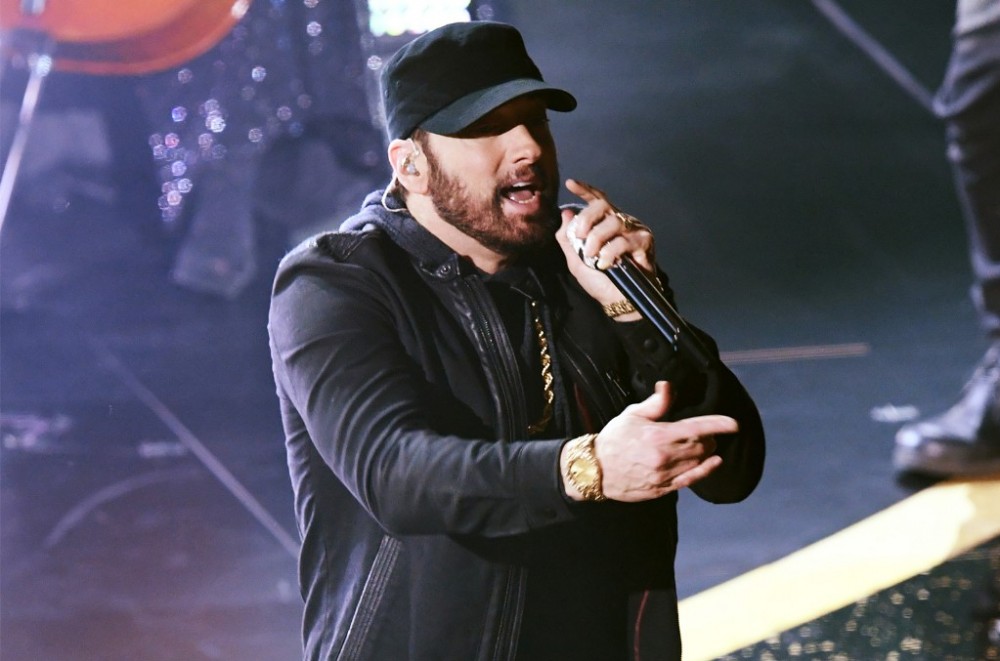 During a recent interview on SiriusXM’s Sway in the Morning, Eminem discussed a variety of topics, ranging from how he’s dealing with the coronavirus pandemic to his thoughts on hip-hop’s new generation. But the best part came when the Detroit MC recalled an awkward phone conversation with basketball legend Michael Jordan.

Things took an interesting turn when the rapper mentioned he’d been watching the new Last Dance docuseries about Jordan, and recalled a phone conversation he had with the NBA legend about a possible shoe collaboration.

“Everything was good until we get to the end of the phone call and I said, ‘Yo man, when are you going to come to Detroit so I can dunk on you.’ It was crickets,” Em recalled, adding that Jordan eventually responded with a quiet laugh. “When I got off the phone, I remember thinking, ‘I don’t think he knew I was joking.'”

Rosenberg quickly chimed in to reassure his longtime client. “You felt kind of mortified by it,” the manager said. “You guys have continued to do business with one another in a few ways since then, so I’m sure its all good.”

Later in the interview, Eminem noted that he’s been working on new music, but has felt stifled by being forced to stay indoors. “It’s not the same when you can’t do a lot of your regular routines and shit, and going to the studio is like my outlet,” he said. “We can’t really get in and do much, so I’ve just been writing.”

Em also paid tribute to the late Juice WRLD, who he collaborated with on the song “Godzilla.”

“Juice WRLD man, his freestyle that he did, when he went on Tim Westwood and rapped for like an hour straight was incredible,” the rapper said. “Especially for coming off the top of the dome. Because a lot of people just can’t do that, or they might not know there’s an art to that.”

Listen to Eminem’s full interview on Sway in the Morning below.