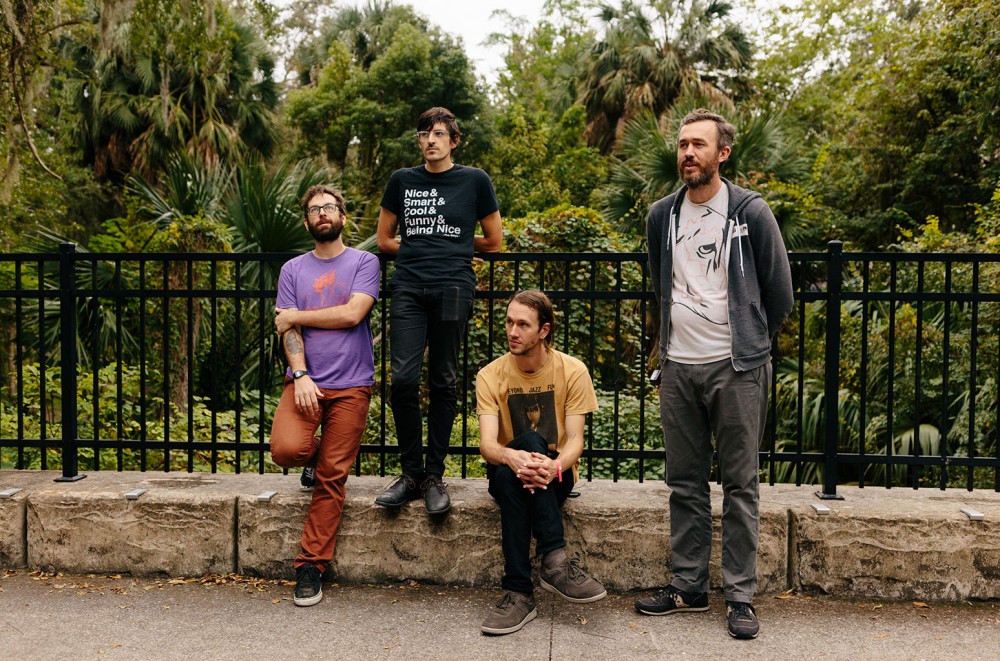 Welcome to Emerging Artists Spotlight, the Billboard series where we highlight a musician or band who has recently made their debut on the Emerging Artists chart. Whether they are new to the industry, or have been around for a while but are just starting to have a chart impact, the intention is to showcase where they are here and now. This week’s pick is folk-punk quartet AJJ, who debut at No. 45 thanks to the release of their seventh album, Good Luck Everybody.

Hailing from cities throughout the West including Phoenix and Tuscon, Ariz. and Oakland, Calif., AJJ describe themselves as a "multi-genre punk band" who draw equally on folk and indie rock to craft their unique sound. "We've been emerging as artists since 2004," frontman Sean Bonnette tells Billboard good-humoredly. "We make songs about the beauty of art, mental illness, pets, politics and empathy."

Such wide-ranging lyrical inspirations are found case in point on the band's seventh LP, Good Luck Everybody, which was released Jan. 17. The album debuted at No. 42 on the Top Albums chart in the week ending Jan. 23, with 2,000 copies sold in the U.S. and roughly the same number of album equivalent units.

Bonnette describes the disparate album as "our commentary on the fractured state of human connection in post-2016 America." That societal splintering can be heard on tracks like the frantic "Normalization Blues," where Bonnette laments the increasing normalization of political chaos and division over a rapid-fire hand-plucked guitar. "I can feel my brain a'changing, acclimating to the madness/ I can feel my outrage shifting into a dull, despondent sadness/ I can feel a crust growing over my eyes like a falcon hood/ I've got the normalization blues/ This isn't normal, this isn't good," he sings, before calling out President Trump and name-dropping the album's double-edged title.

Prior to shortening their name to AJJ, the band charted at No. 153 on the Billboard 200 (as Andrew Jackson Jihad) with their 2014 album Christmas Island, and also peaked at No. 20 on the Alternative Albums chart in 2016 with their LP The Bible 2.

Learn more about AJJ below.

Passion outside of music: "We have the privilege of touring the U.S. in early 2020, and we’re taking advantage of this opportunity by getting our fans registered to vote at our shows," Bonnette says. "We’ve been stressing the importance of voting in primary elections as well as the presidential election. Outside of music and politics we have some pretty nice hobbies: Mark is a synth nerd, Preston has a beautiful garden, Ben is always honing his crafting/building chops, and I love to skateboard. We all love coffee and our pets."

What's next: "This year we’re doing a lot of touring: U.S.A. from now until June, the U.K. in July, Europe in October," Bonnette tells Billboard. "I’m excited to write some new music now that we’ve finished this record. I feel like I’ve said what I needed to about post 2016 America and we can start on something new!"

Check out AJJ's full run of tour dates below.