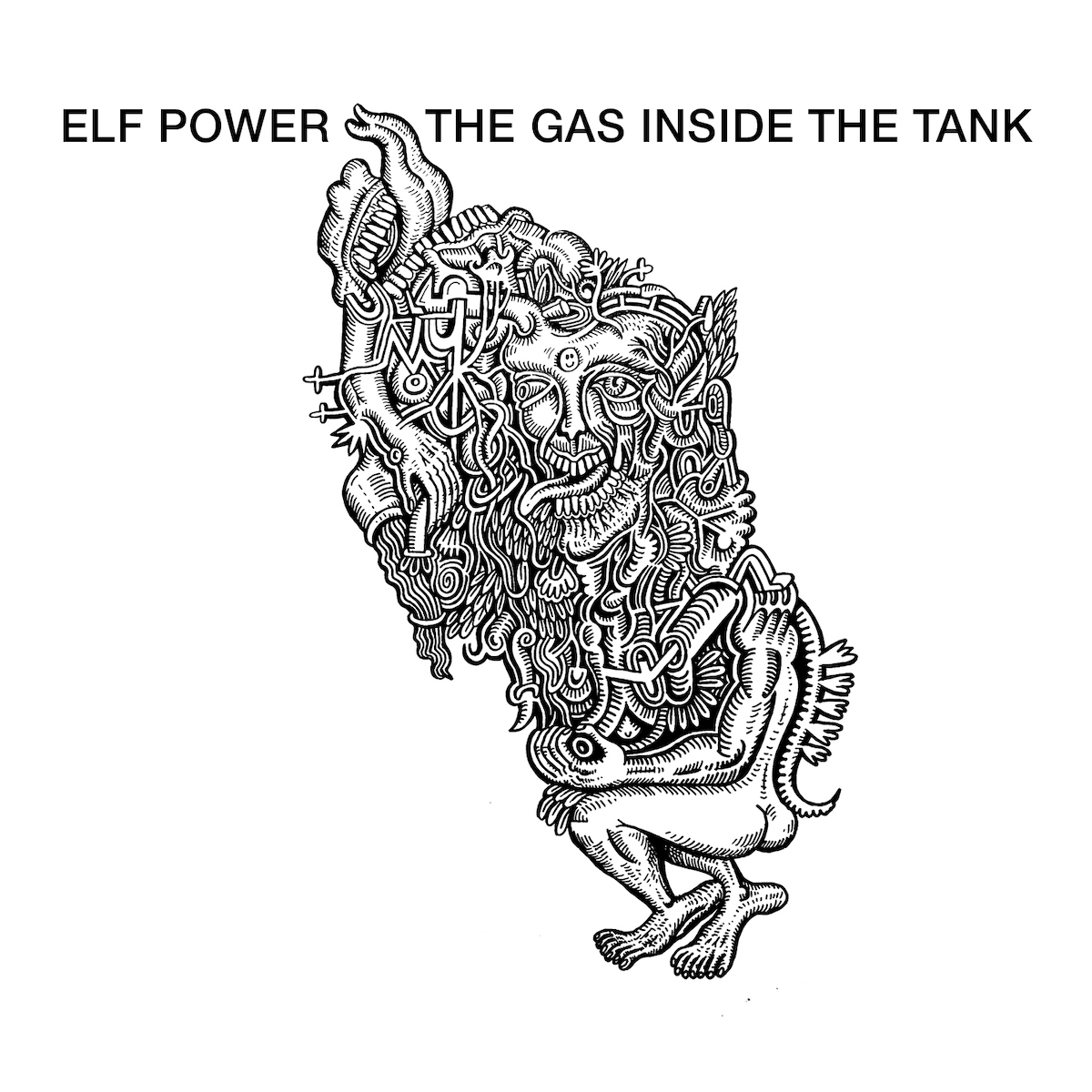 Elephant 6 mainstays Elf Power have returned with their first new song in 5 years, “The Gas Inside The Tank.” The band’s most recent album was 2017’s Twitching In Time. “‘The Gas Inside the Tank’ lyrically touches on seemingly separate but interrelated themes such as reincarnation, evolution, digital information overload, and an imagined post-apocalyptic future world of deserted cities in which inhabitants resort to siphoning gas from abandoned vehicles,” the band’s Andrew Rieger said in a statement. He continued:

This was the first song written for an album we’ll be releasing later this year. It mixes organic and artificial elements together, with drums and drum machine mixed together, and slide guitar and organ alongside gurgling moog keyboards and synth bass.

We are very excited to be working with Yep Roc! So many of our friends and collaborators like Robyn Hitchcock, The Apples in Stereo, The Minus 5, and the No Ones have worked with the label, so we’re looking forward to joining the Yep Roc roster

“The Gas Inside The Tank” is out now via Yep Roc Records.