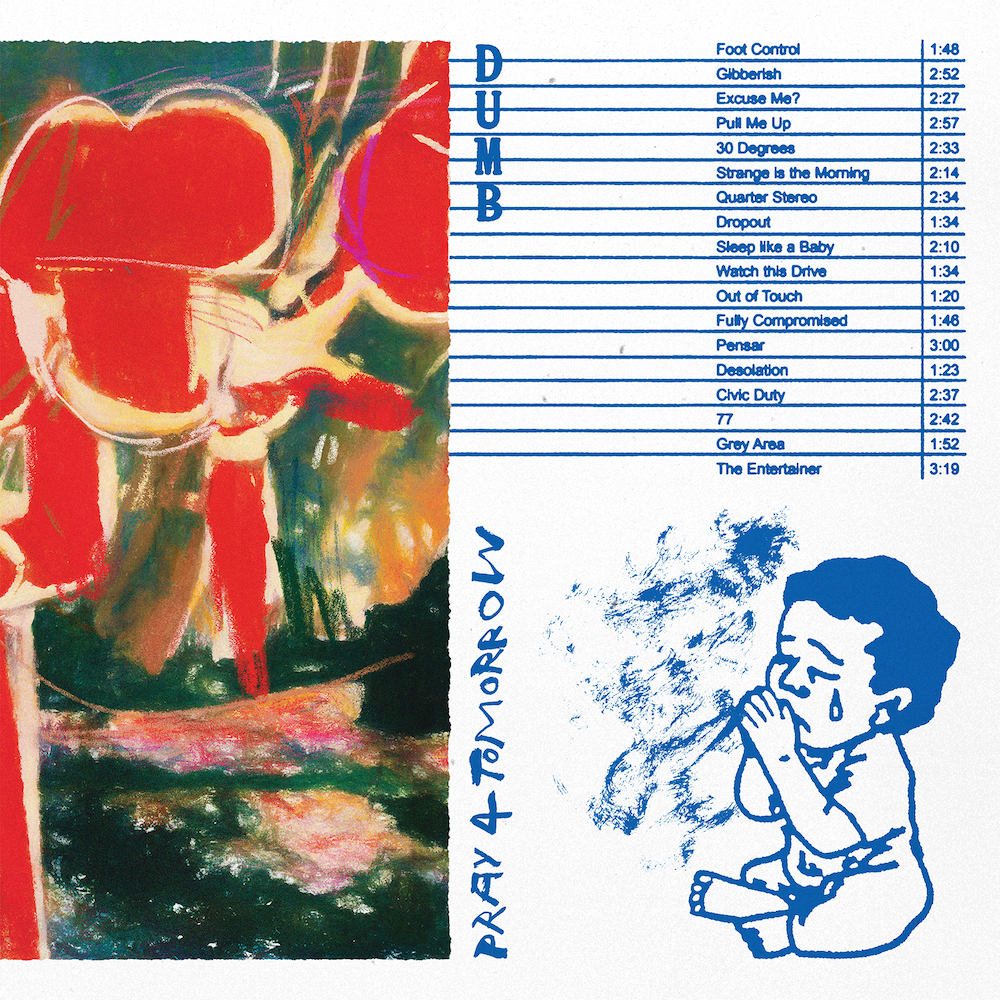 In November, Vancouver indie-rock crew Dumb will release their sophomore album Pray 4 Tomorrow. In the lead-up to the album, Dumb (one of our favorite new bands of 2019) shared a lead single, “Pull Me Up.” Today, they’re following that up with another album preview in the form of “Excuse Me?,” a nervy, off-kilter guitar cut that also has a tour-shot video by J Quincy Arthur.

“This is a drop-tuned chugga chugga choo choo where the unforgiving distorted guitars are interlaced by syncopated rhythms and group vocals,” Dumb share about “Excuse Me?,” adding in a self-referential manner: “The band is politely asking their audience to excuse their frantic and messy vibe. ‘If I had to do it low-key, then what good would living do me?’ Why should DUMB tone down their neuroticisms? The title and relentlessness of ‘Excuse Me’ is a nod to our friends in Pardoner (SF).”